October 13, 2014 – One afternoon, I sat down to Skype with Luisa, my former exchange student/sister (in case you haven’t heard about her by now), and plan her weekend visit to France. We talked about doing a short trip to Normandy or Nantes. And then, on a whim, I suggested Nice, France, since two of my roommates had gone there just a few weekends ago. Before I knew it, we had plane, train & hostel tickets booked, and I was already thinking of what to pack!

We took an overnight train on a Wednesday night – which you can/will want to read about here – and checked into Hostel Meyerbeer (it’s ONE block away from the water), but had to wait for our room to be ready, so we changed into suits, left our bags & went straight to the beach.
My, oh my, it was beautiful! The water was a gorgeous cerulean blue, the weather was warm and balmy, and we were both so happy to sleep off our stressful trip in the sun…I didn’t even mind that the “beach” was all rocks! 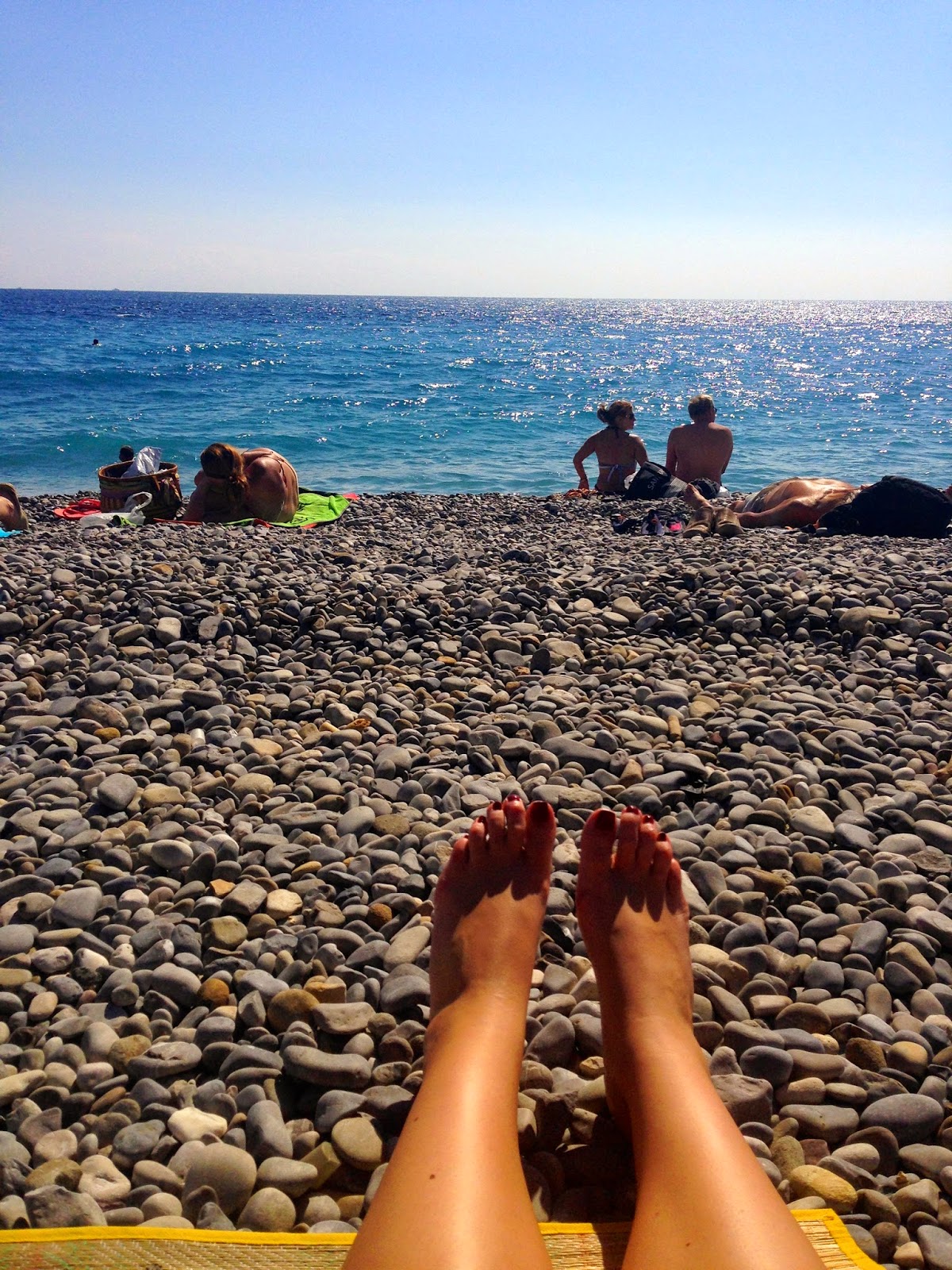 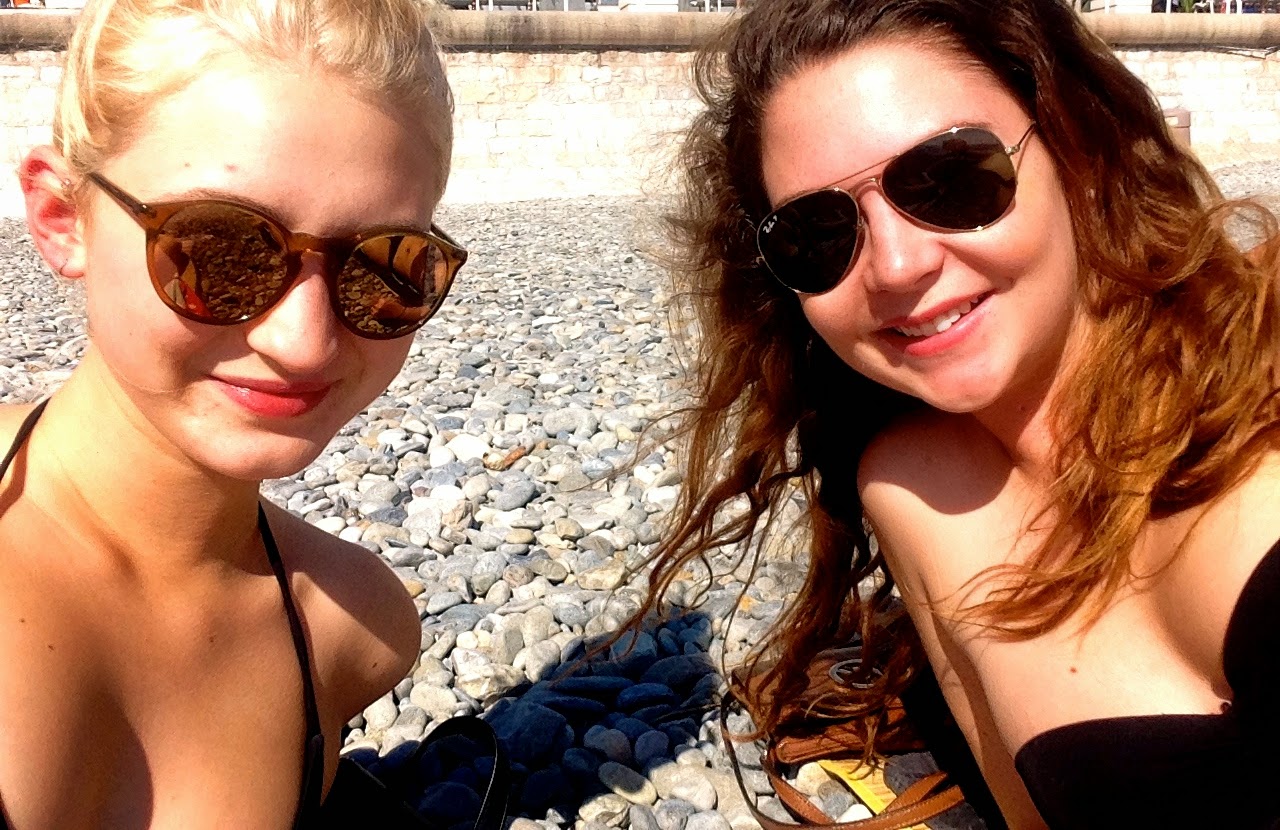 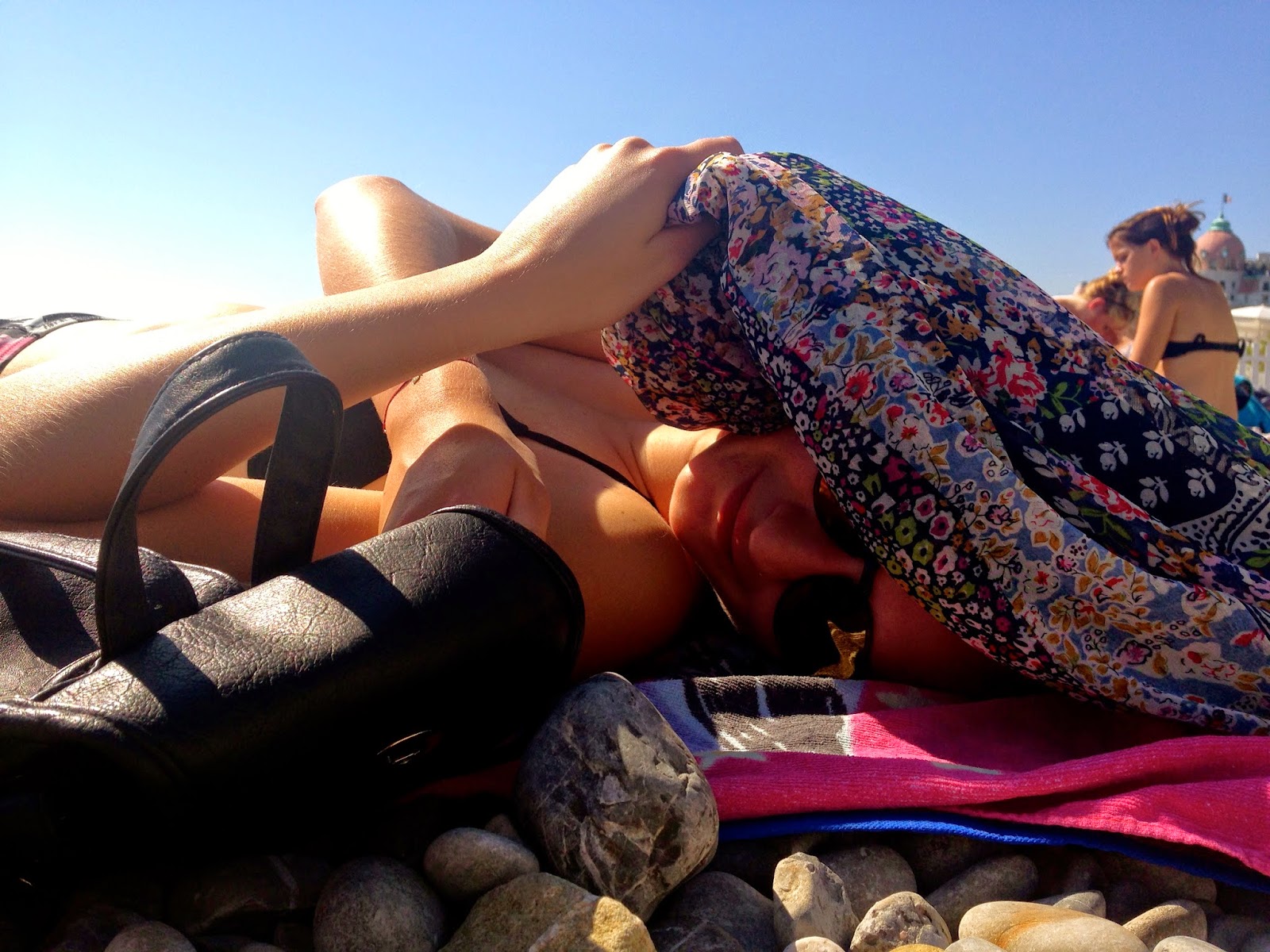 Since we’d both slept (surprisingly) a lot on the train, we spent the afternoon exploring the coast and had a mini picnic on the boardwalk. 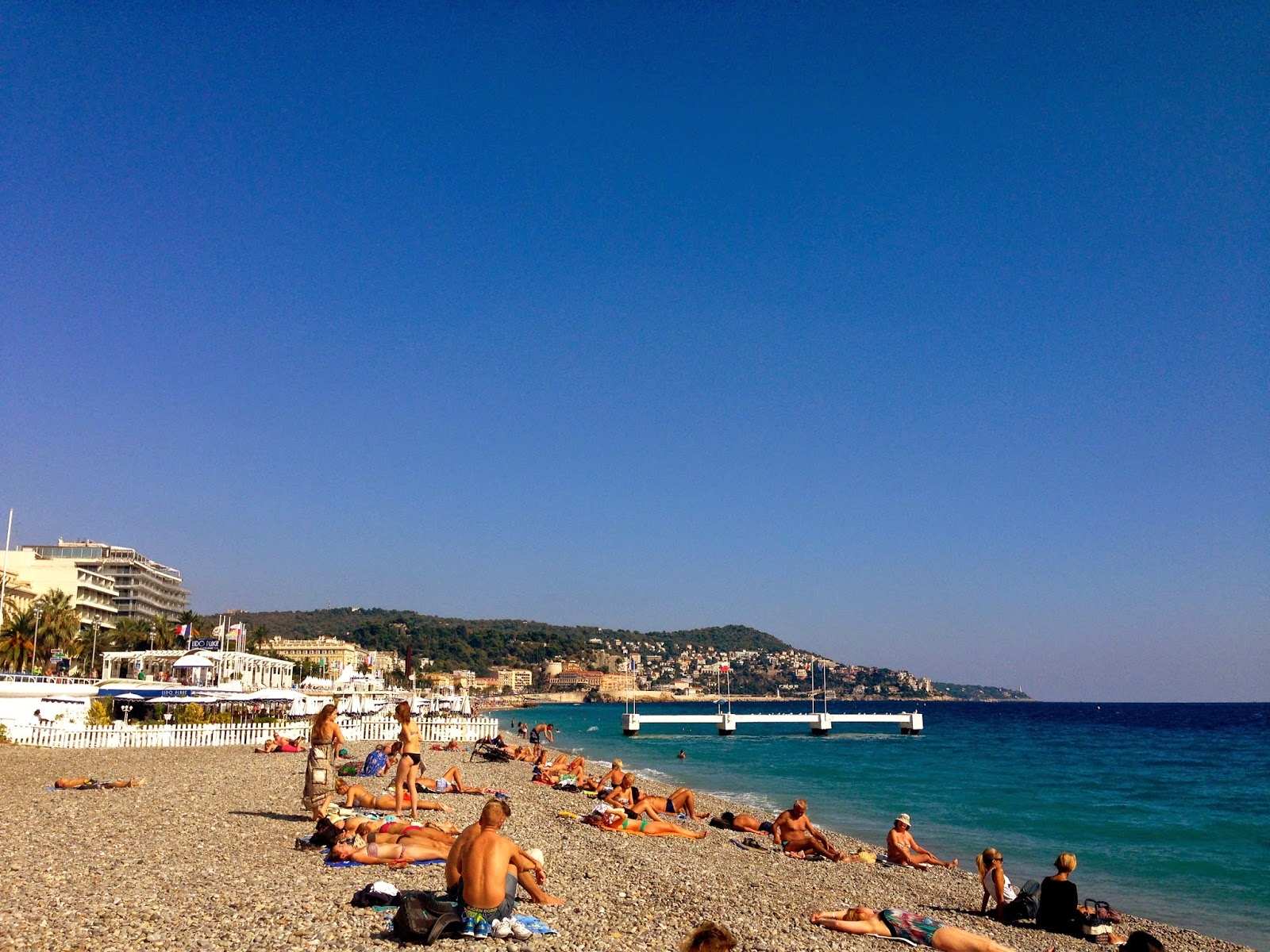 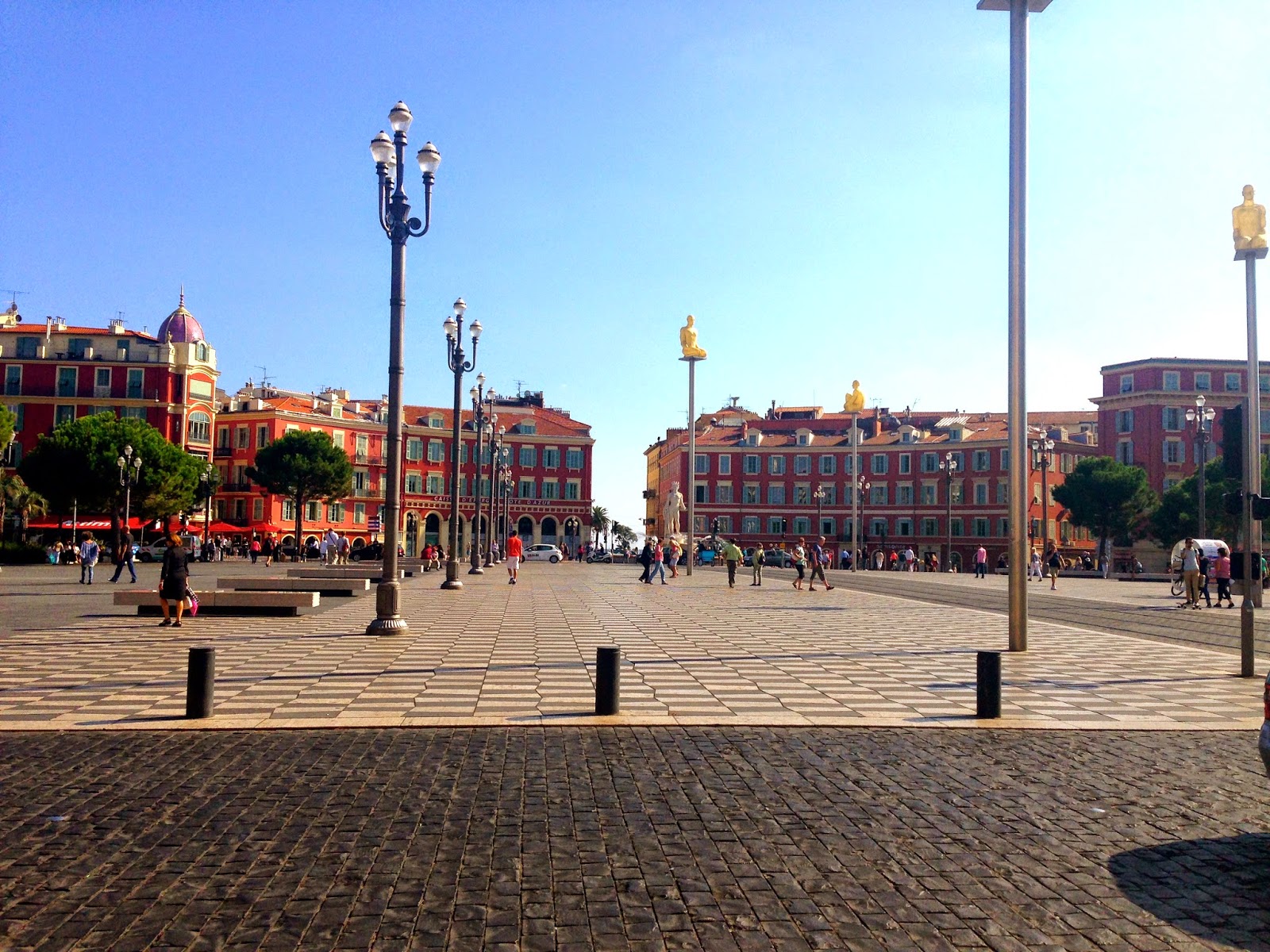 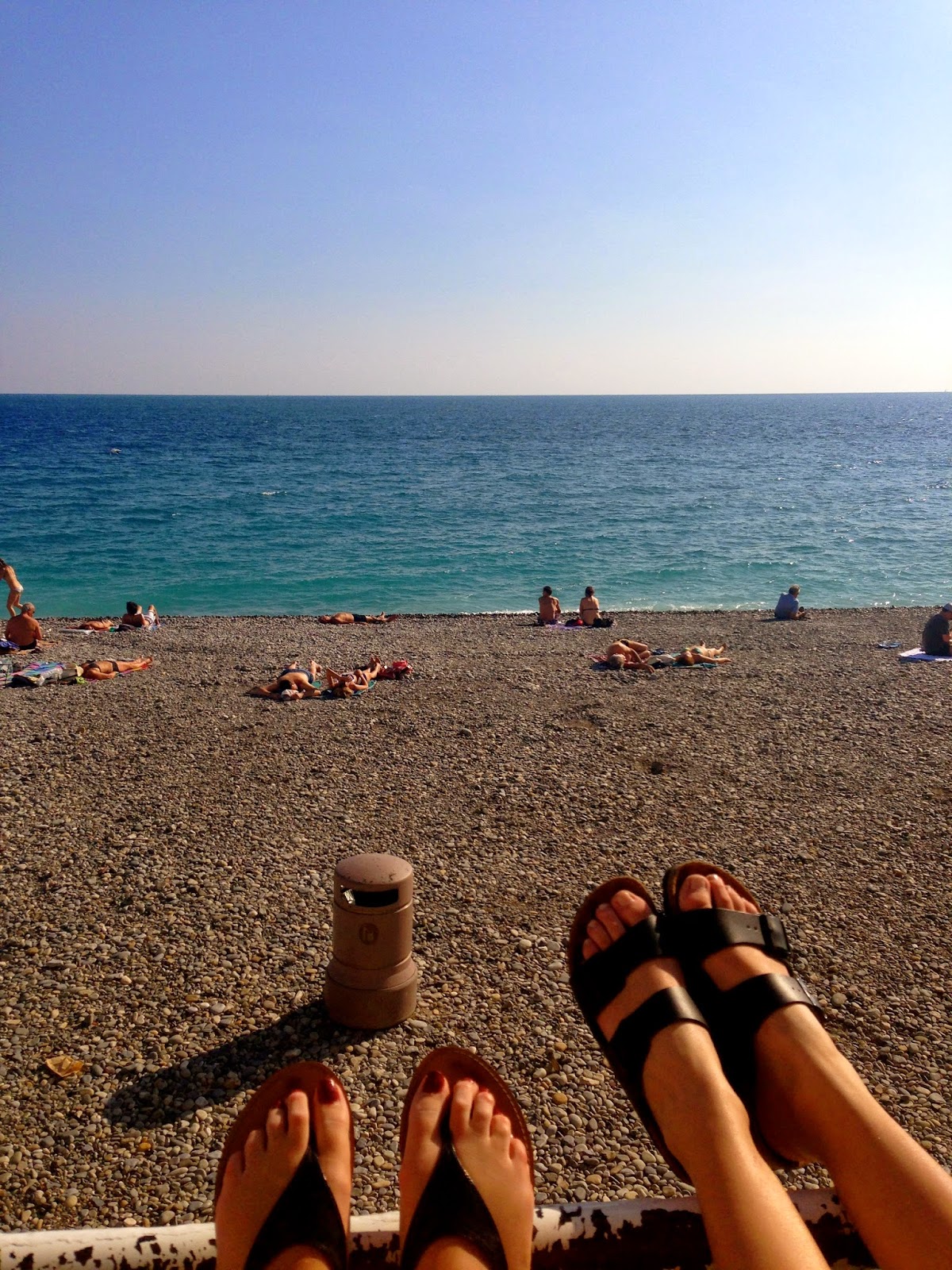 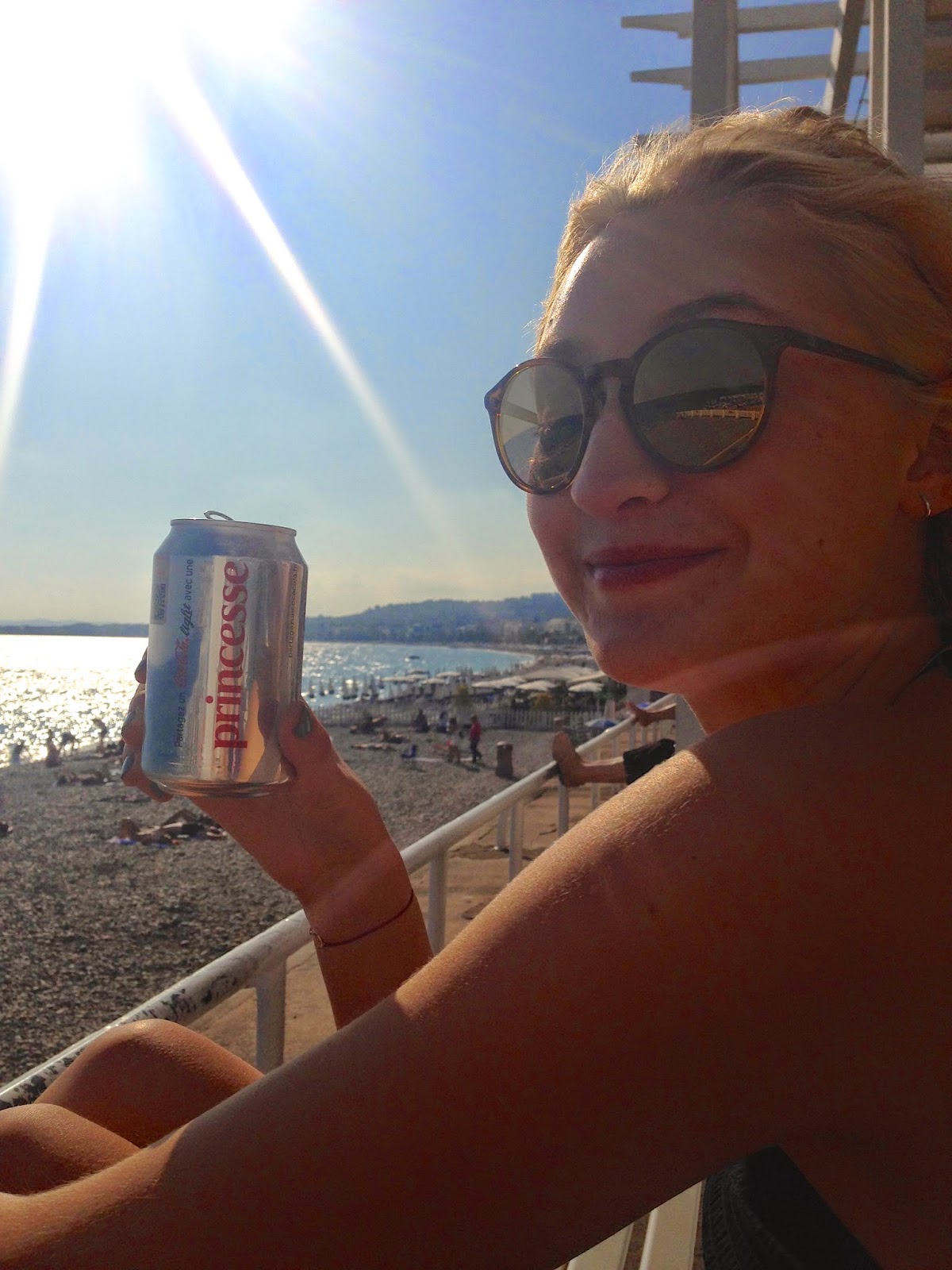 Then we went back to the hostel to move into our room, met our roommates (who were all nice) and changed for a dinner in the Vieille Nice, or Old Town. 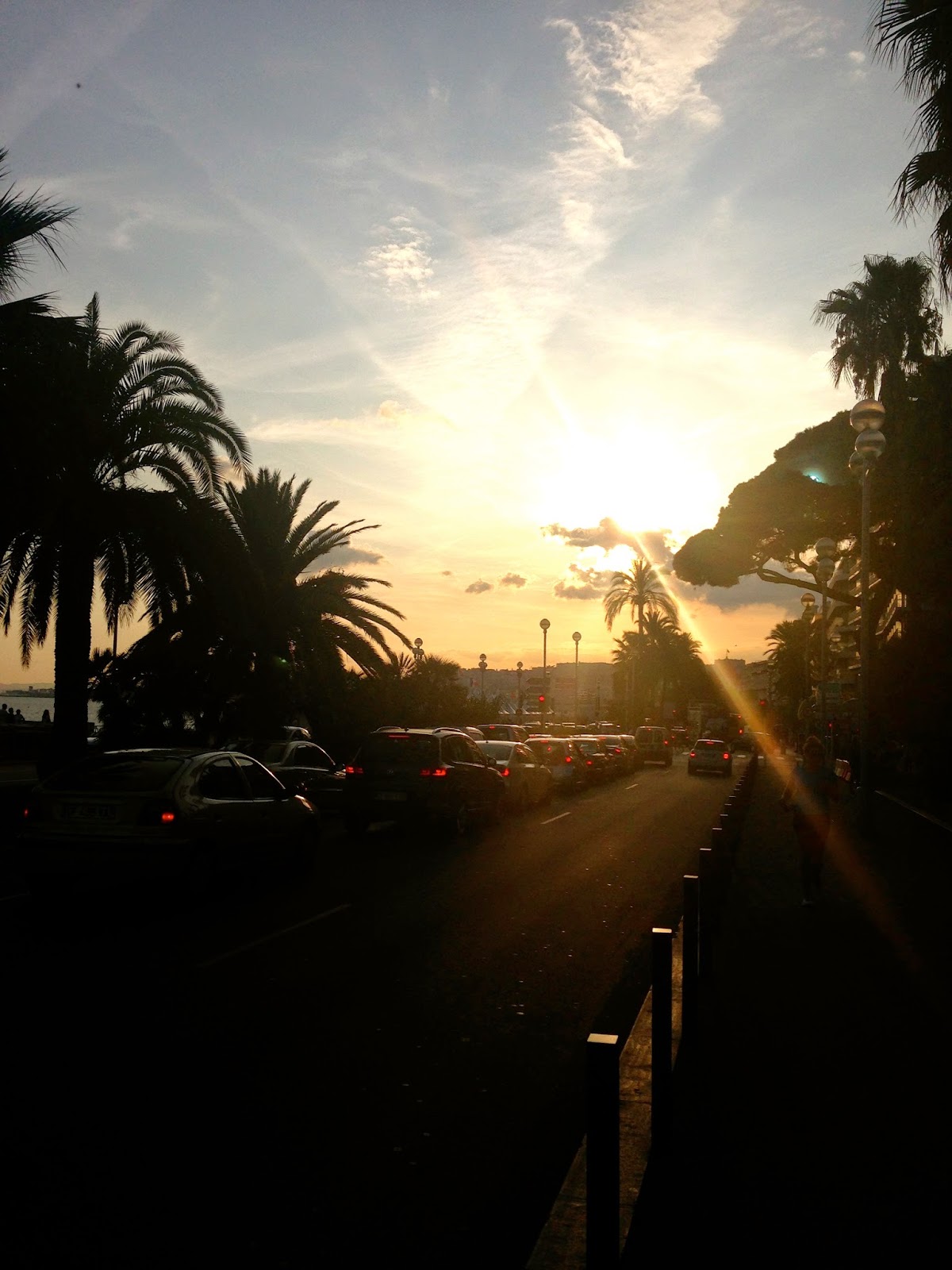 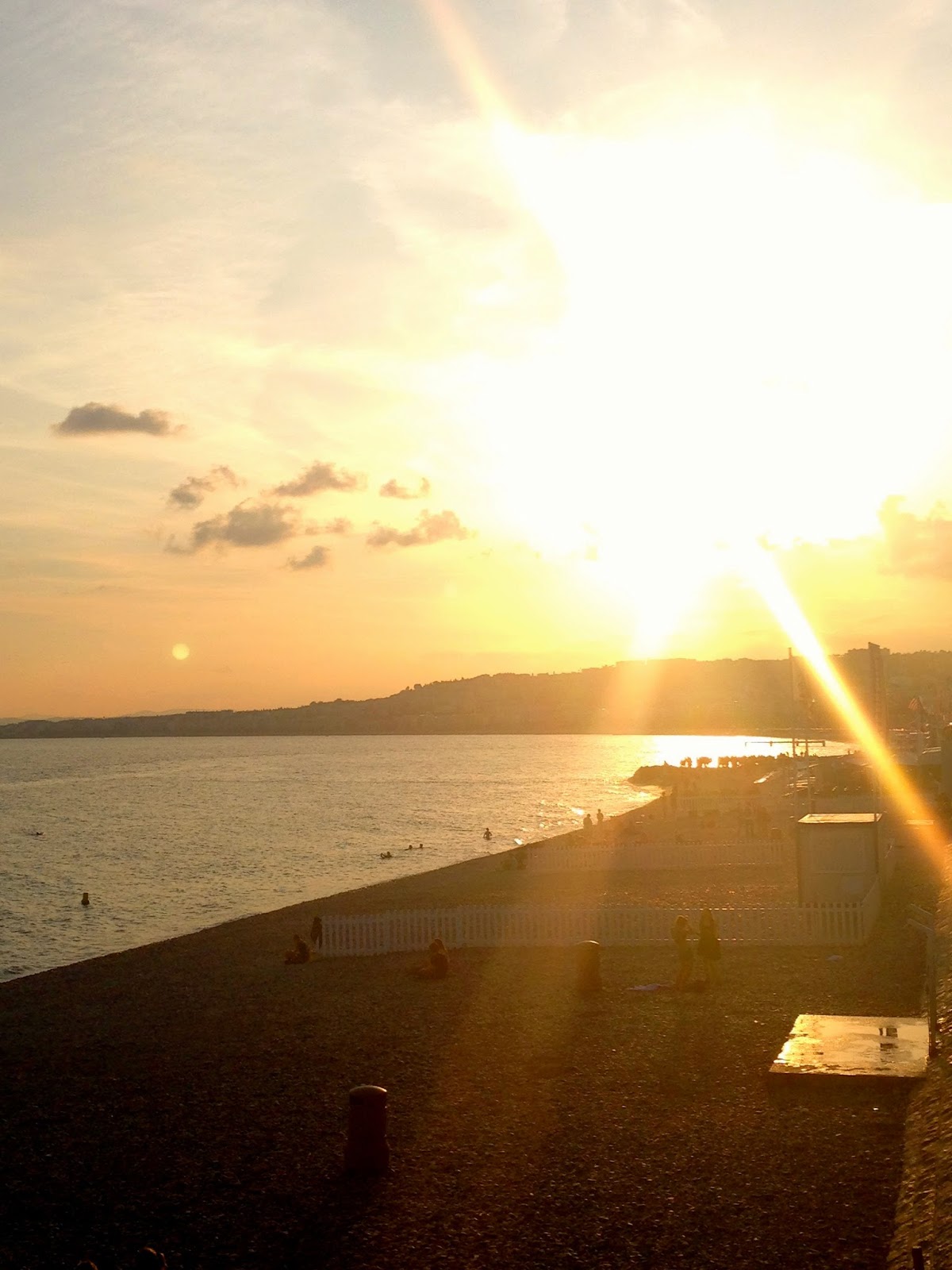 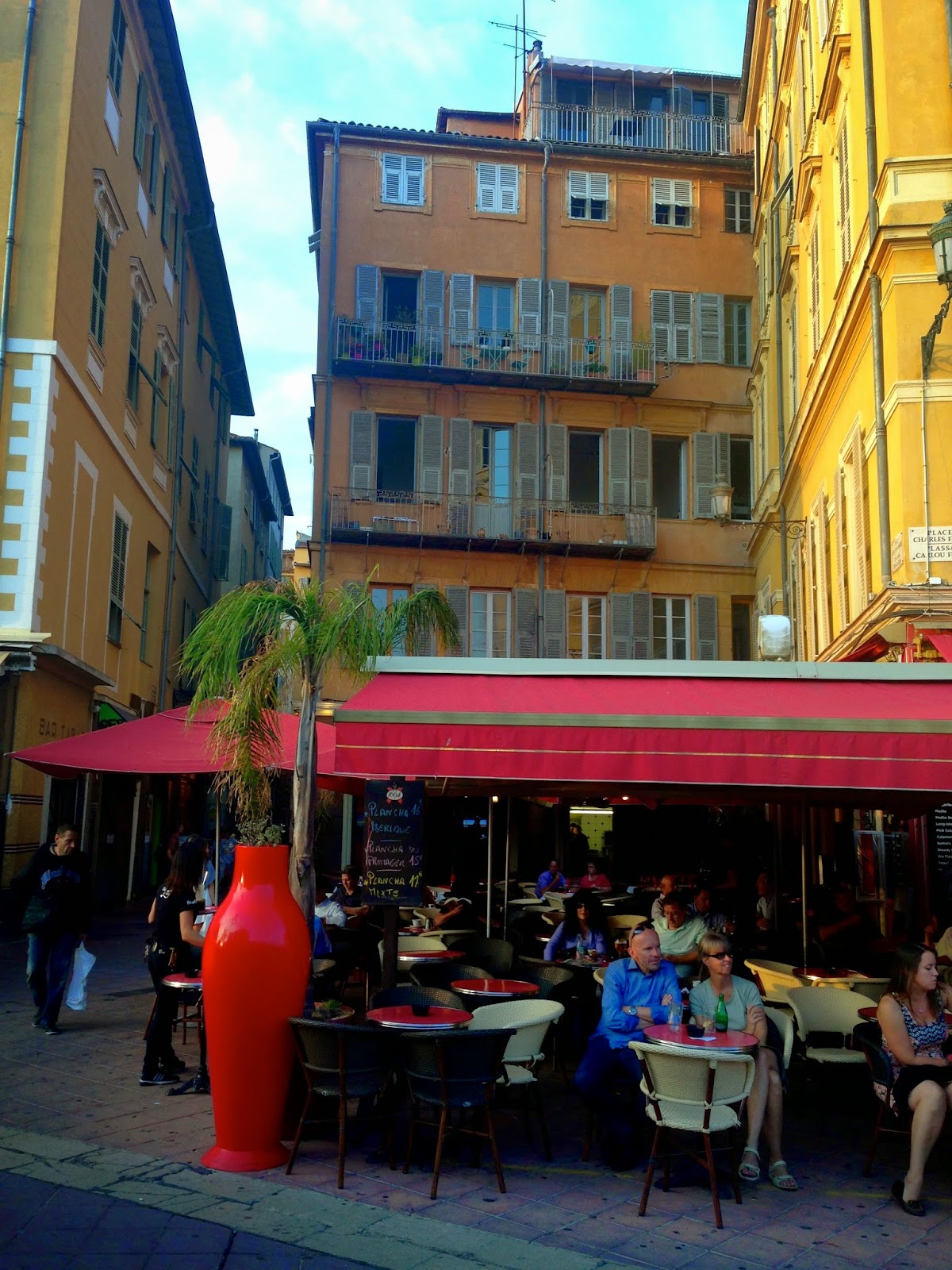 After dinner, we decided to wander around Old Town because it was just so darn cute. There were dozens of little side streets filled with shops, restaurants and pedestrians. On the recommendation of my roommates, we stopped at this amazing gelato place, Fennochio’s, which boasts 100 flavors (and some of the most interesting, as well). We were so impressed, thanks Cassie & Emily! 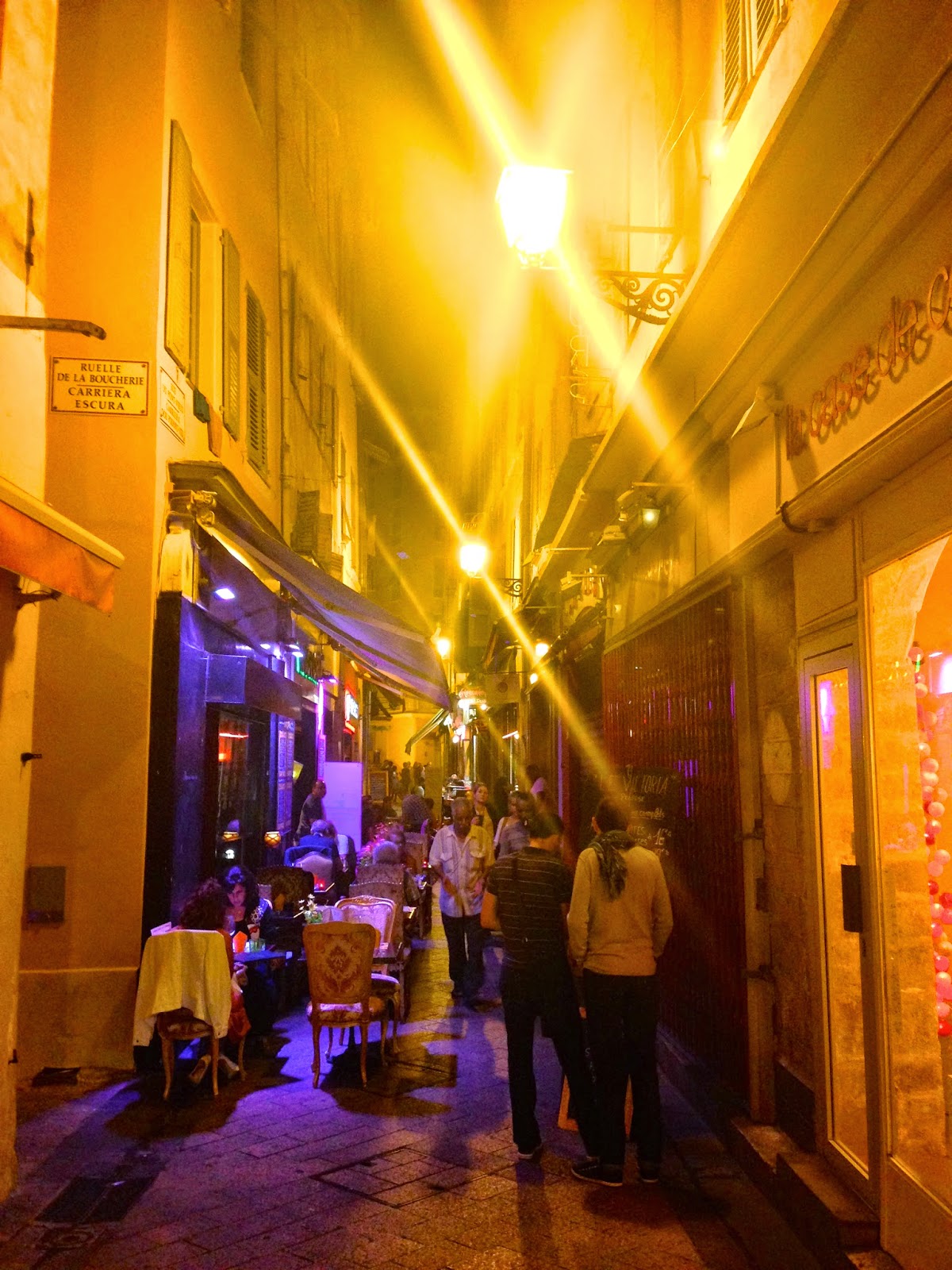 The next morning, we woke up leisurely and sauntered to the beach with breakfast. We had previously decided to dedicate this day to the beach, and so we picked a beachfront restaurant with chairs available for rent – they really are worth it – and plopped down under the sun for the morning/afternoon. Our chairs were in the second row, with a little walkway down to the water, so we obviously waded in several times. My LifeProof case proved itself worthy of water photos, despite the insanely strong waves that made it hard to stand up most of the time! 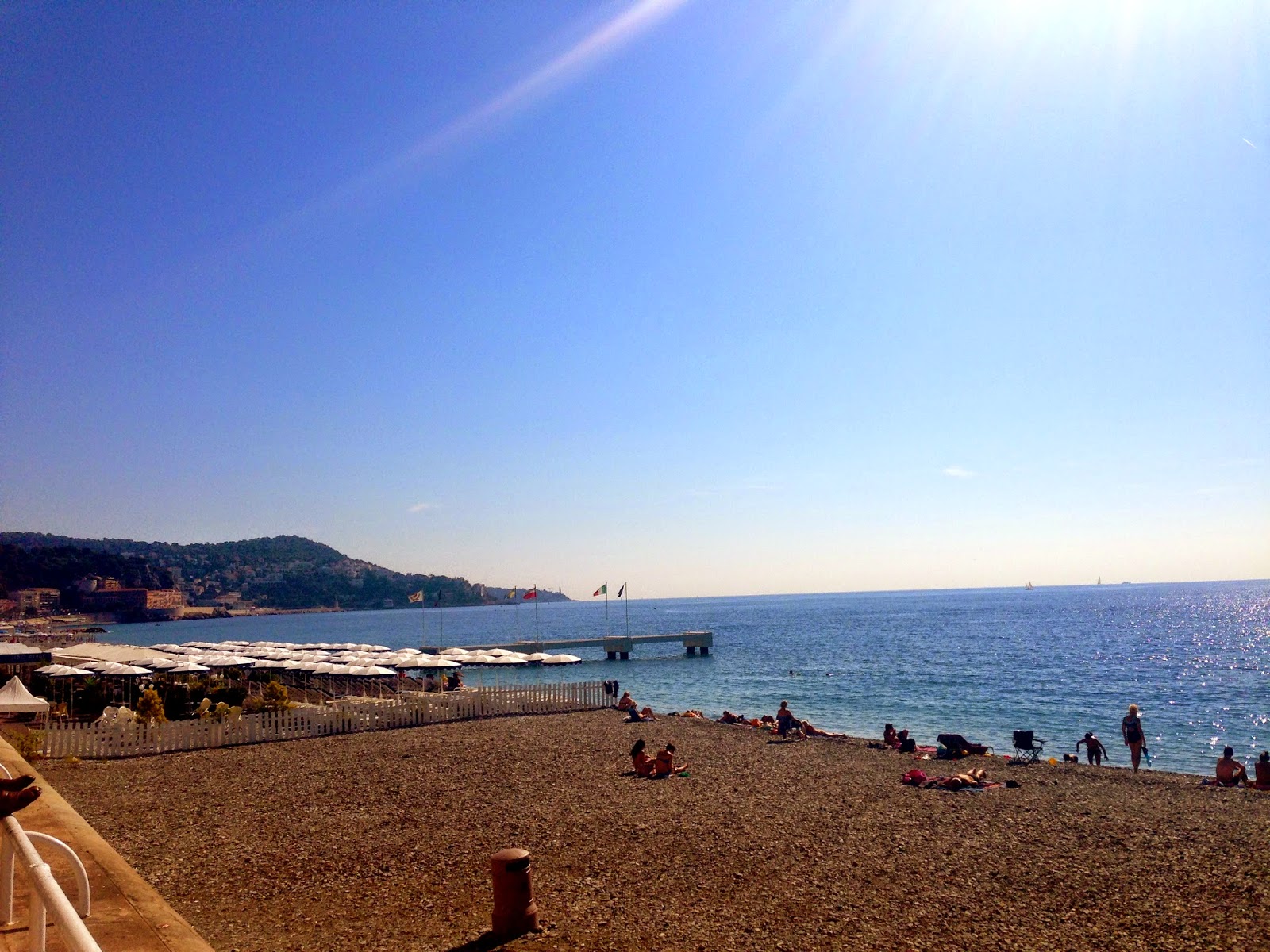 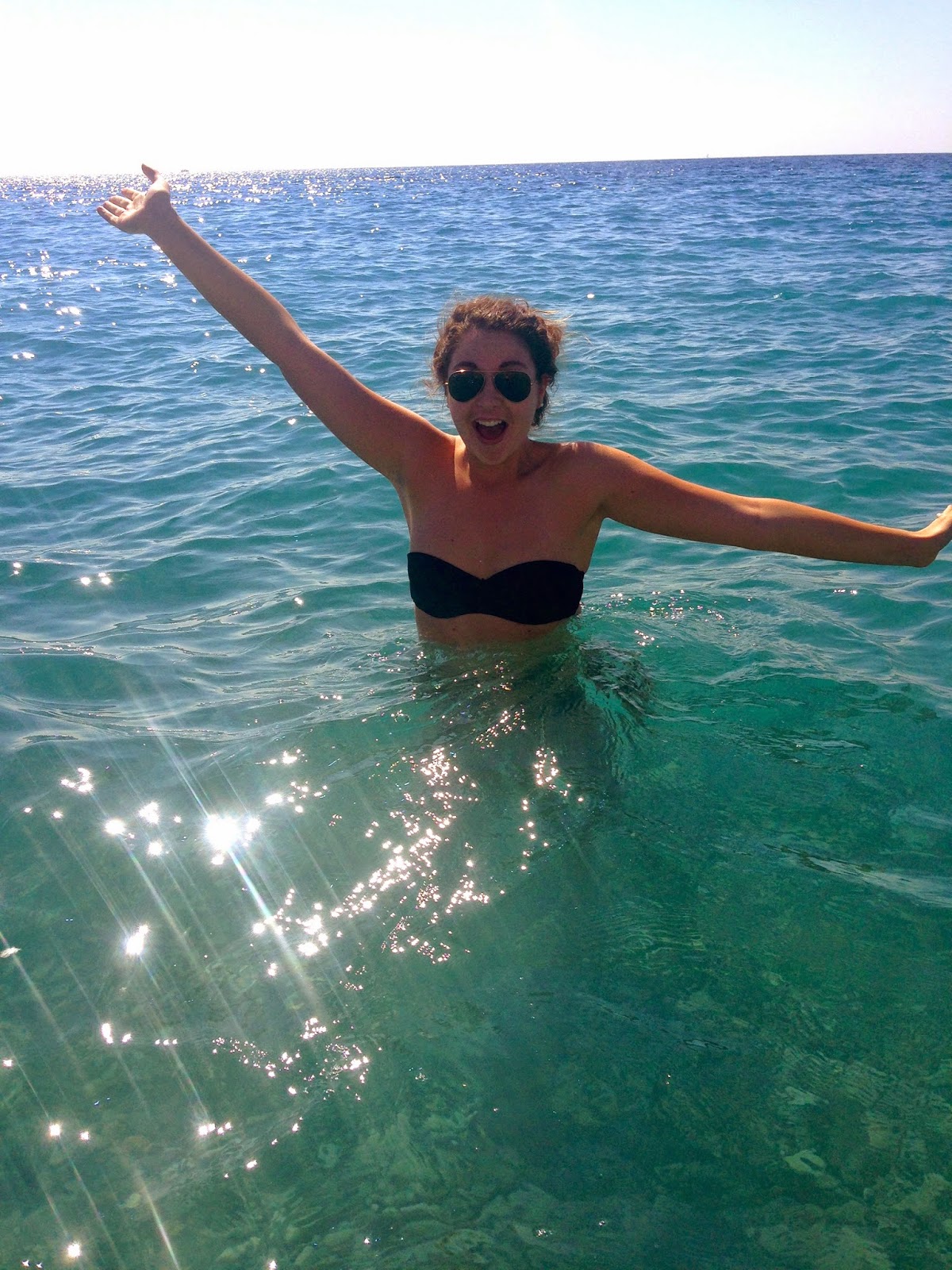 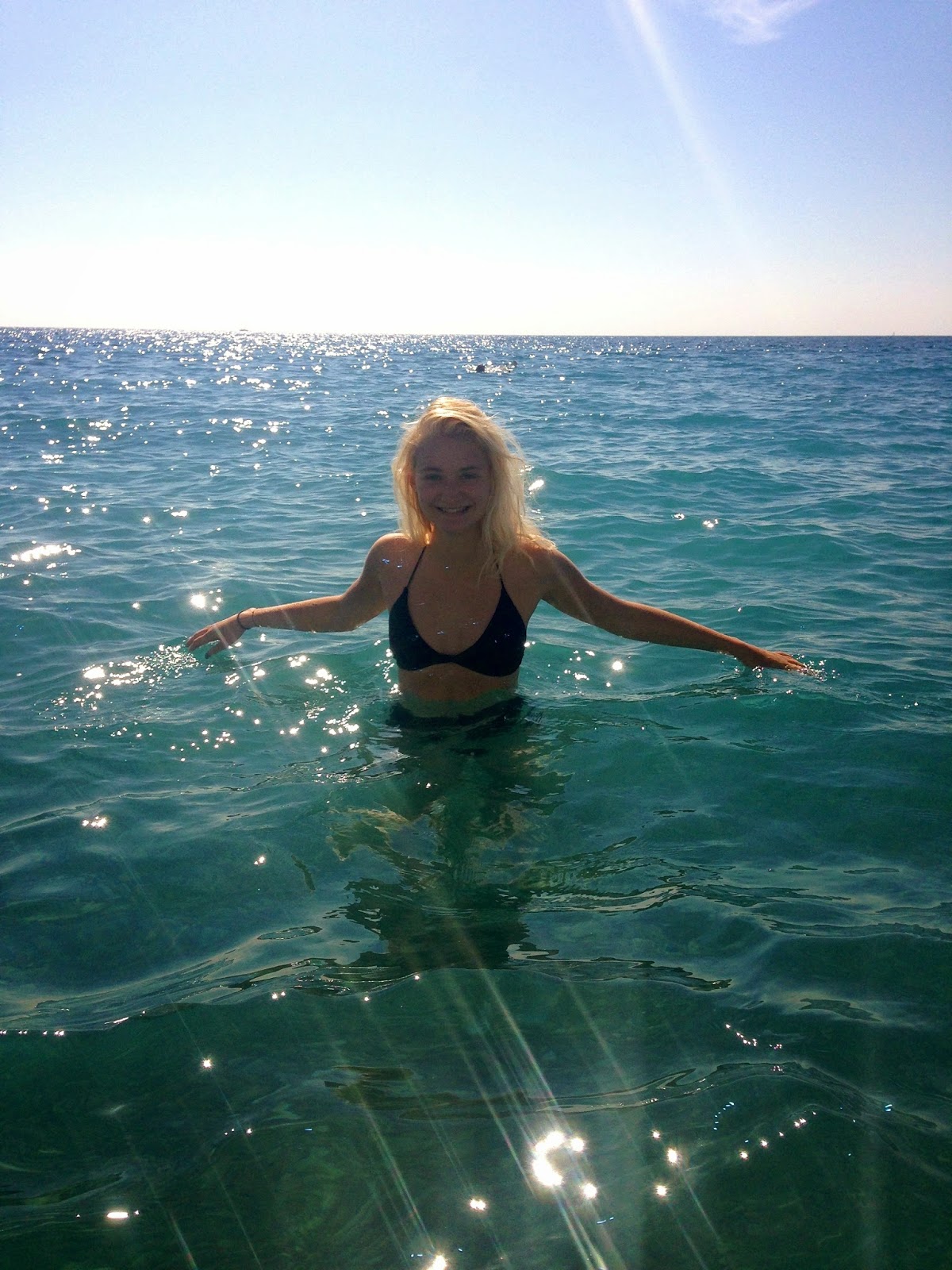 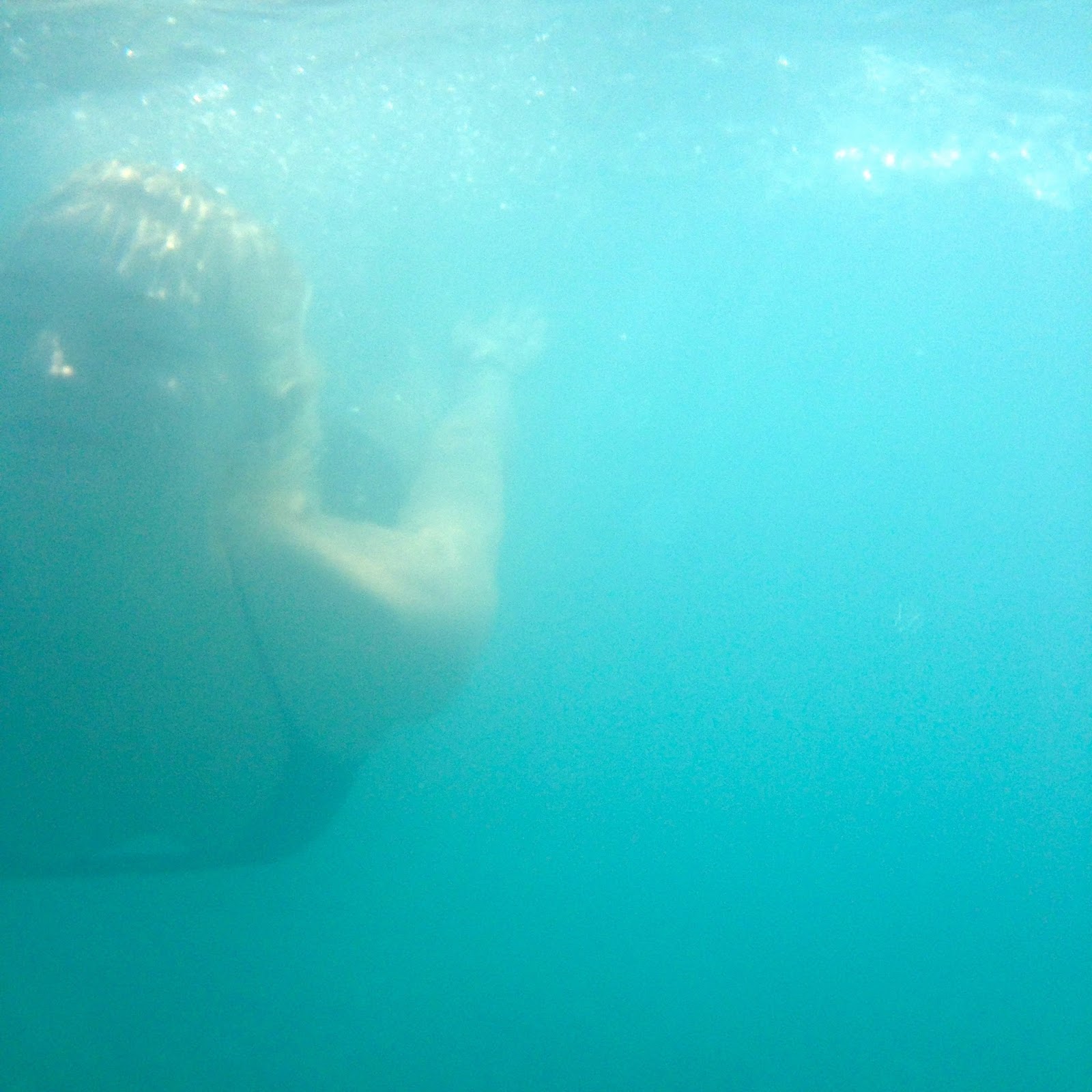 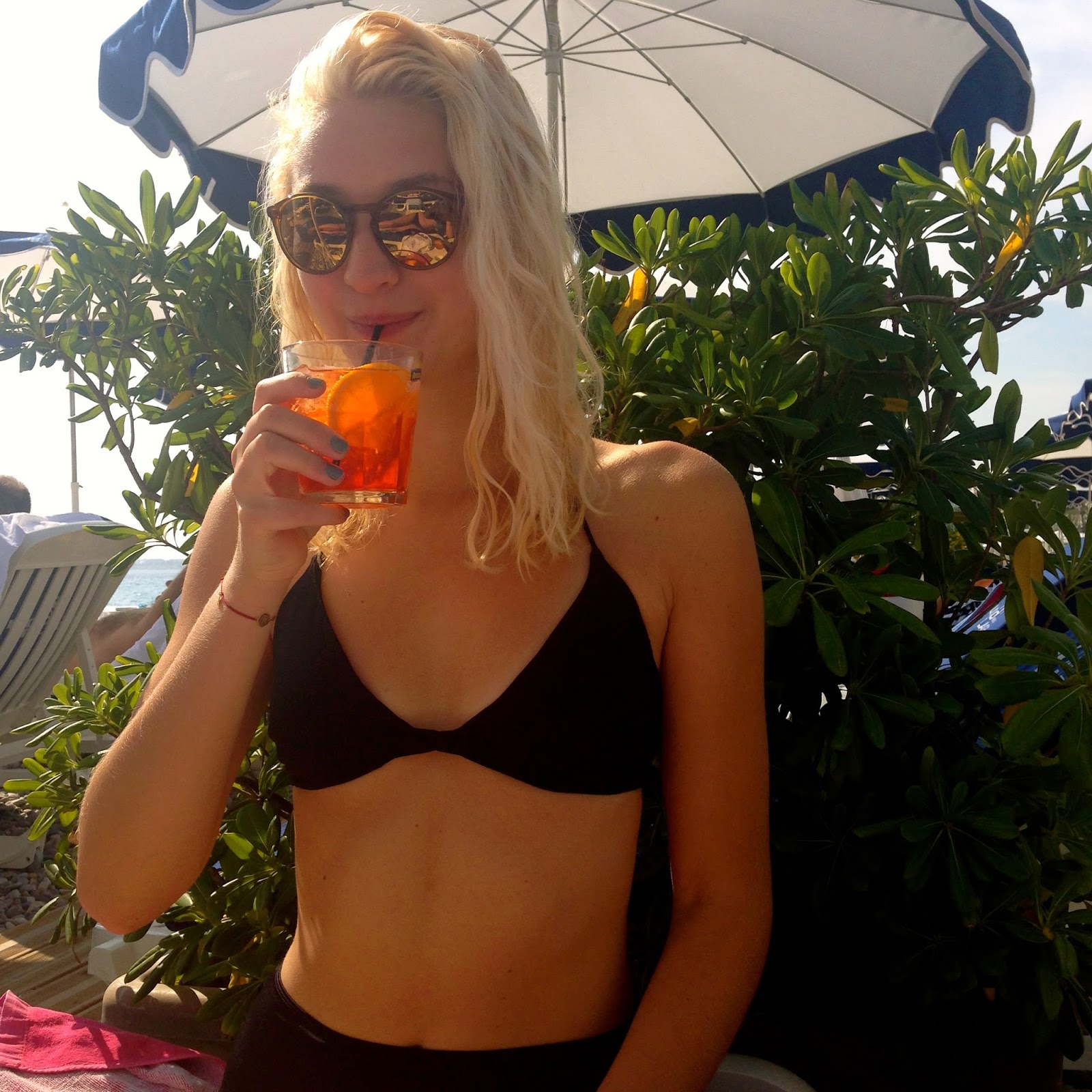 We were both a little sunburned and water-logged from our day, but after changing and freshening up, we decided to go with our plan to take the train to Monaco that evening. I’d heard very good reviews of the little coastal city and when I found out a round-trip train from Nice to Monaco was only 5 euro, I knew I would regret it if we didn’t go! So we bought tickets, hopped on the next train and arrived in Monaco only fifteen minutes later. 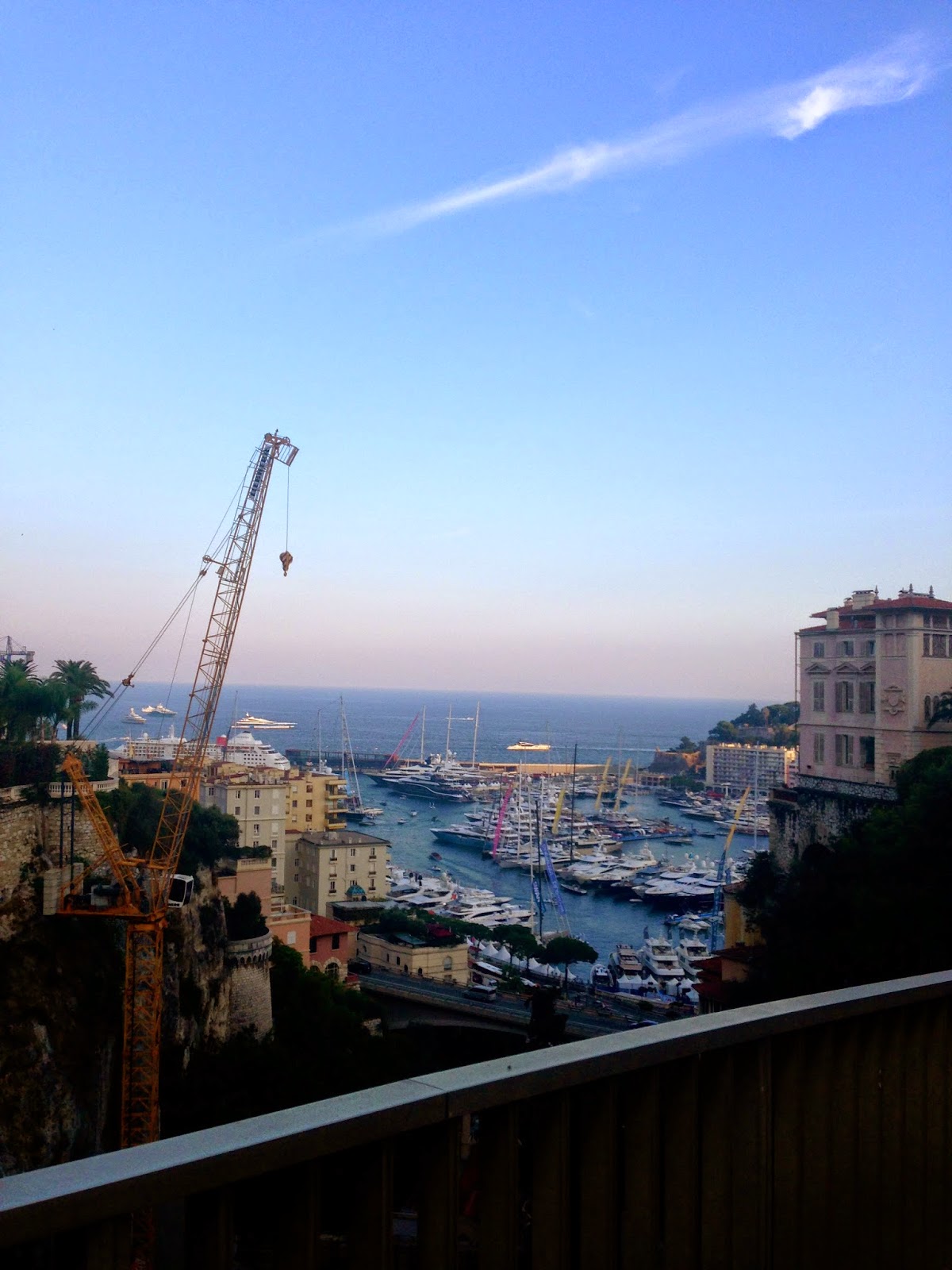 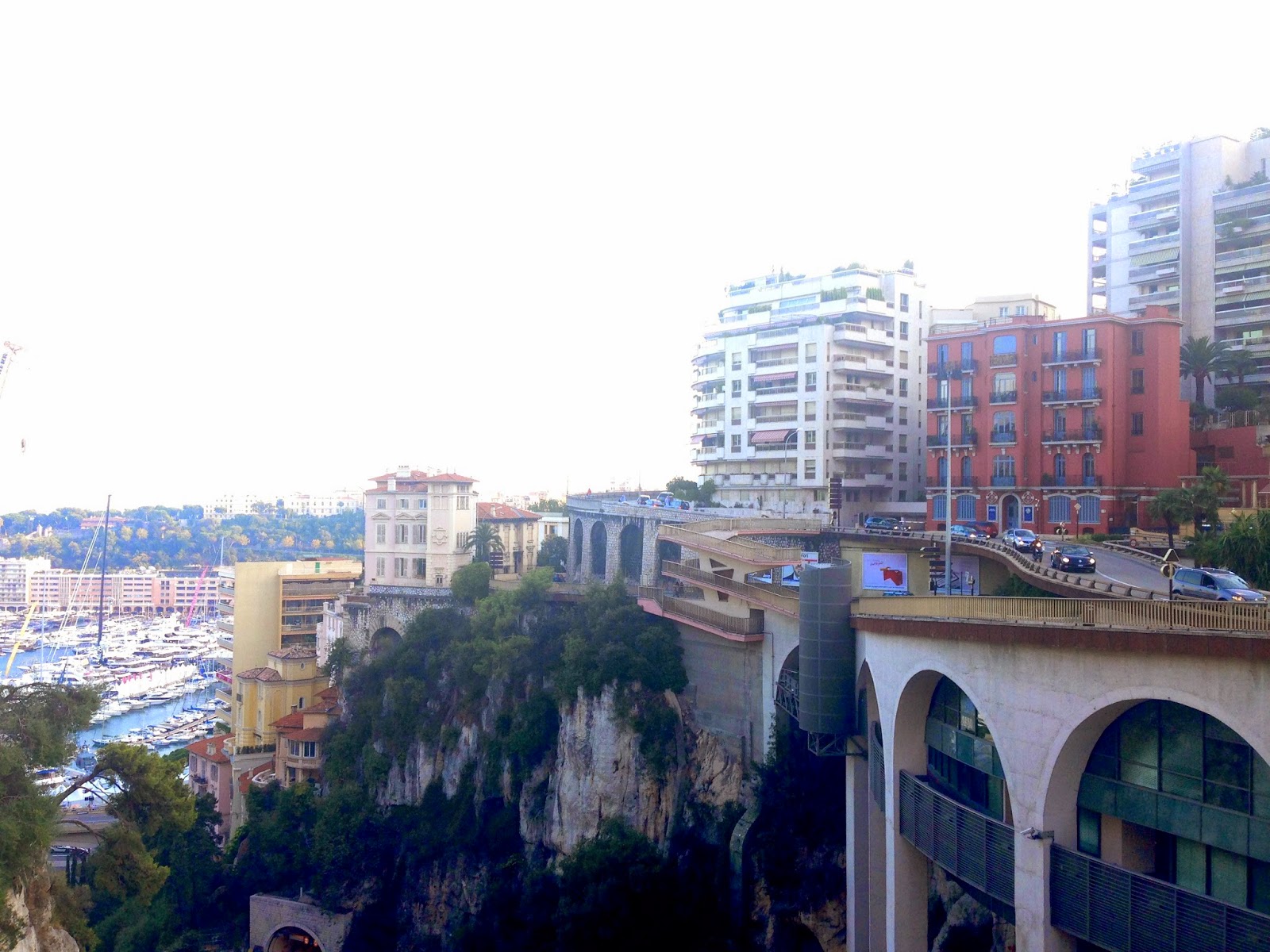 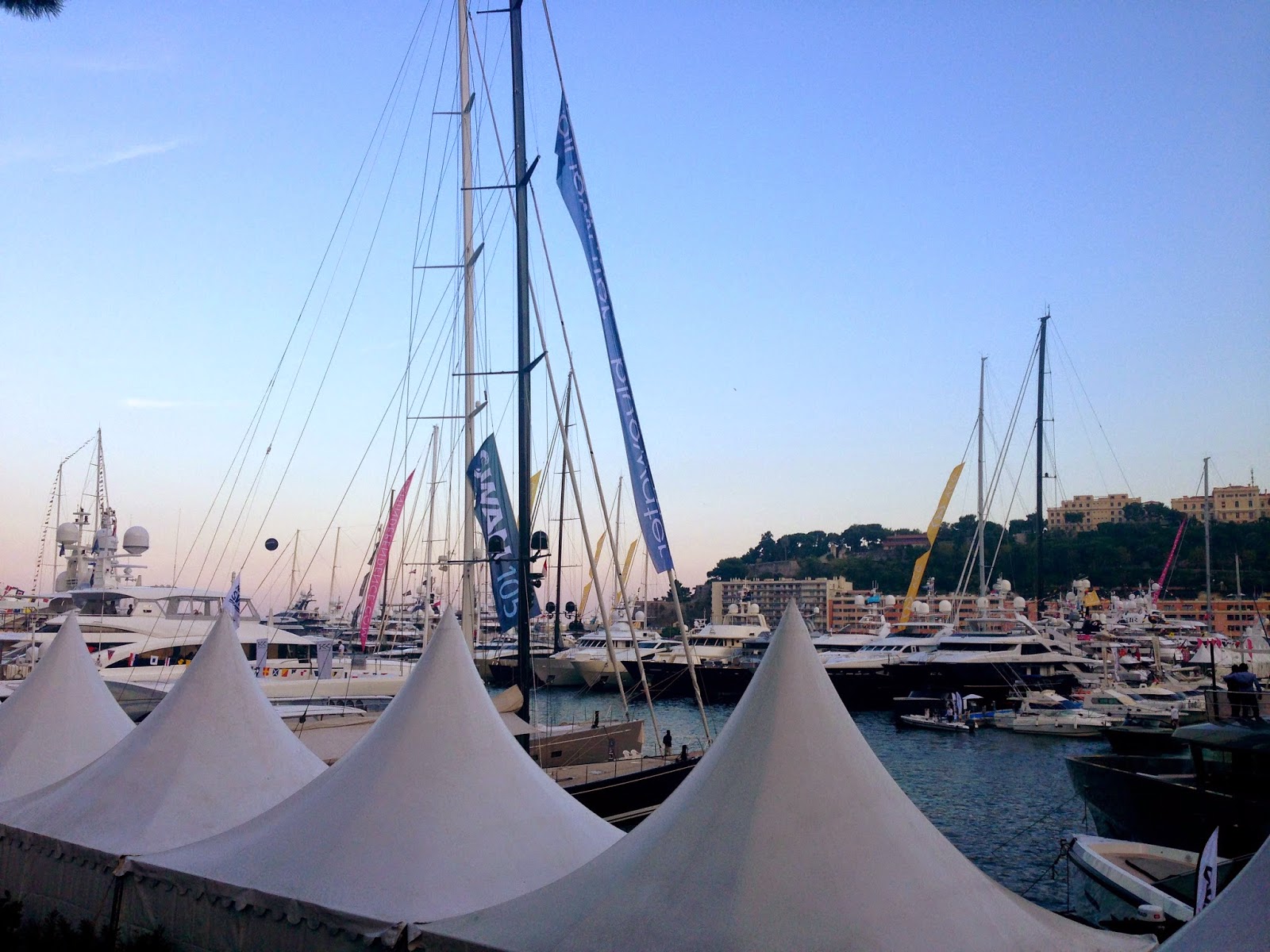 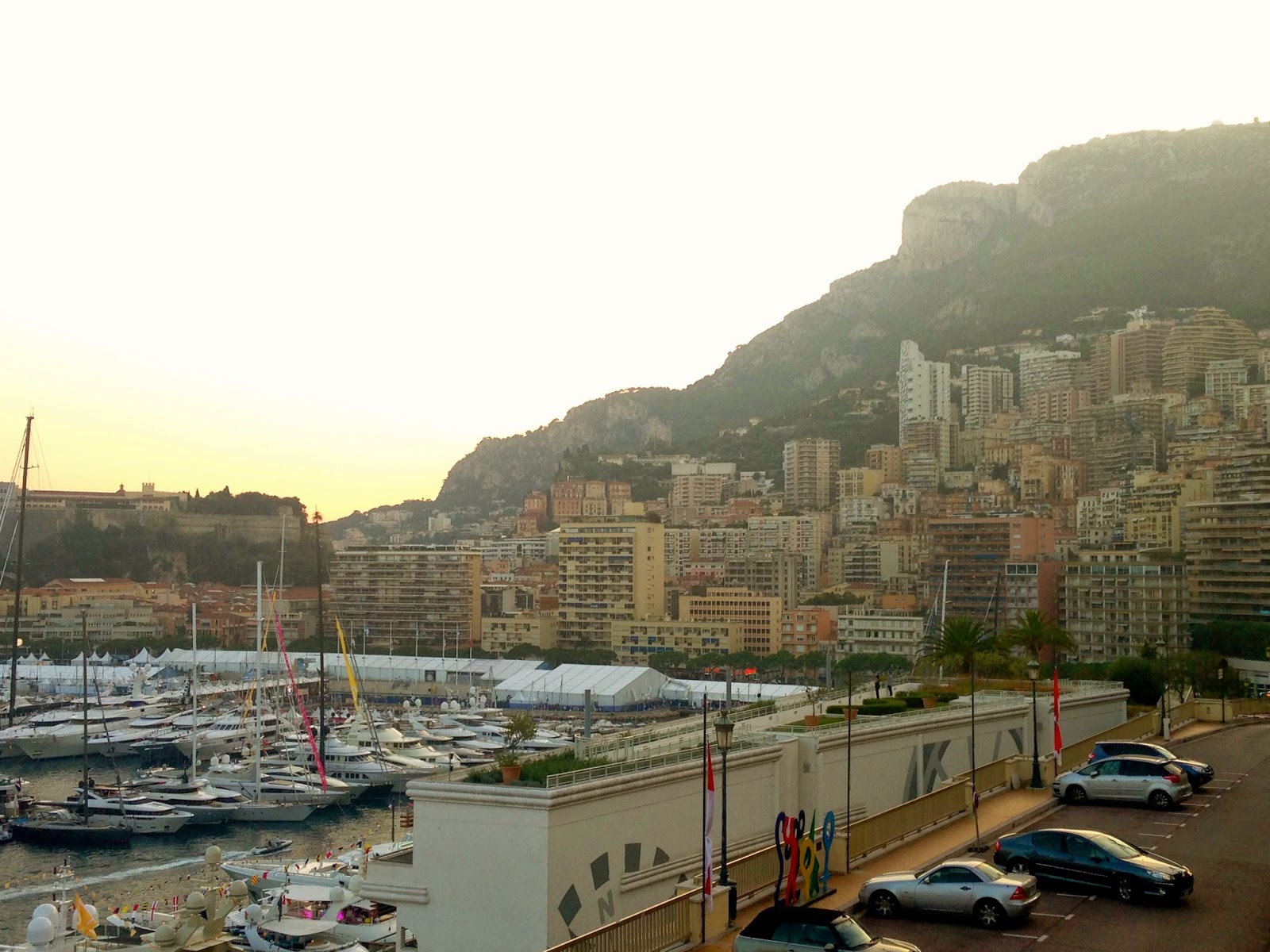 Late evening was perfect in Monaco, with the sun setting over the harbor. We got a little lost at first on our exit of the train station, but eventually wandered into the city centre and took in the quiet, home-y feel of the place. The downtown of Monaco was a bit deserted due to a yacht show that was blocking views of the harbor, so we climbed up along the cliff to Monte Carlo. 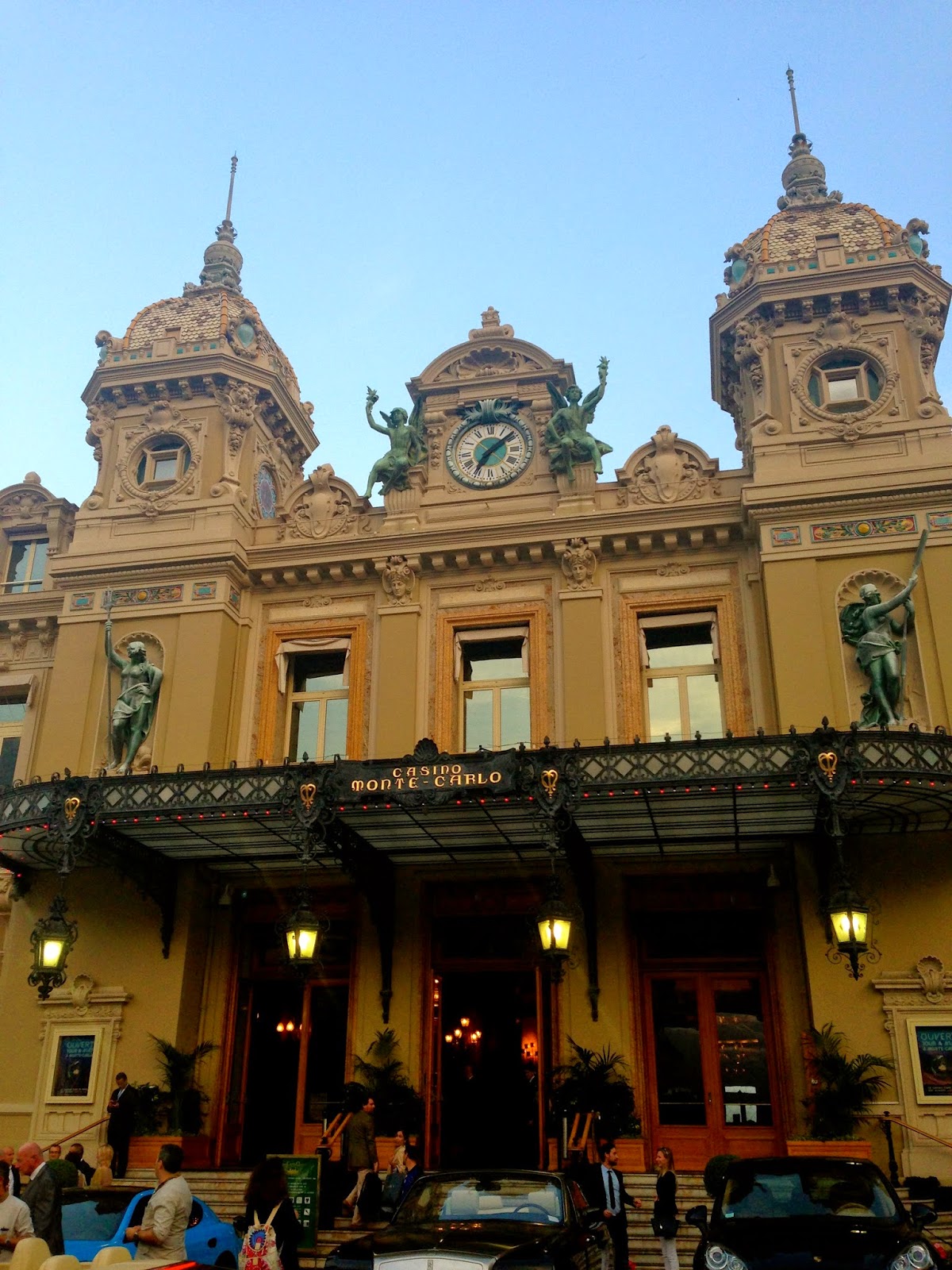 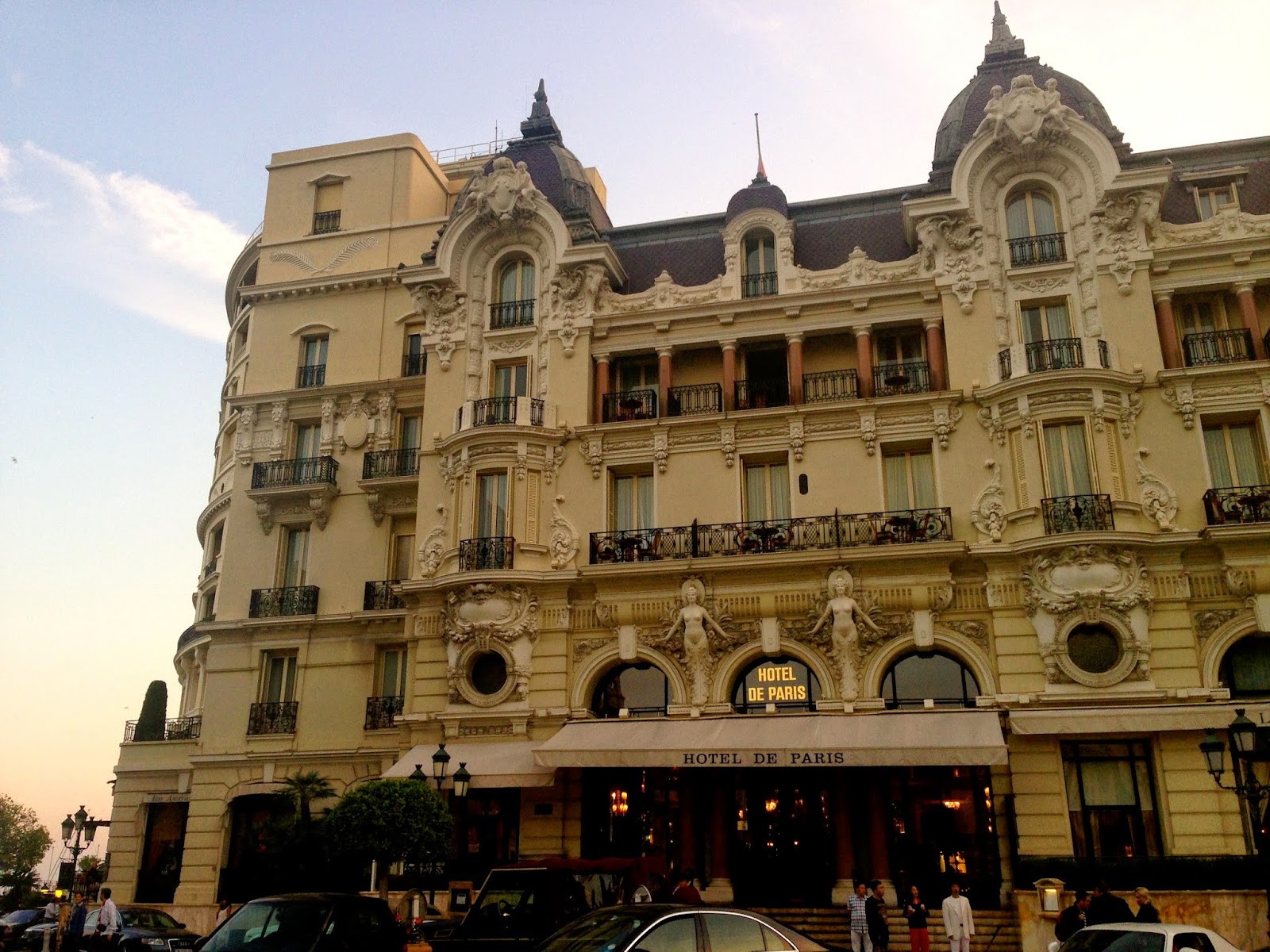 We went home later that night and, being exhausted from our long day, crashed almost as soon as our heads hit our pillows! The next morning, we woke up early, rounded up our stuff and spent as much time as possible on the beach before grabbing lunch and saying goodbye to this wonderful place. 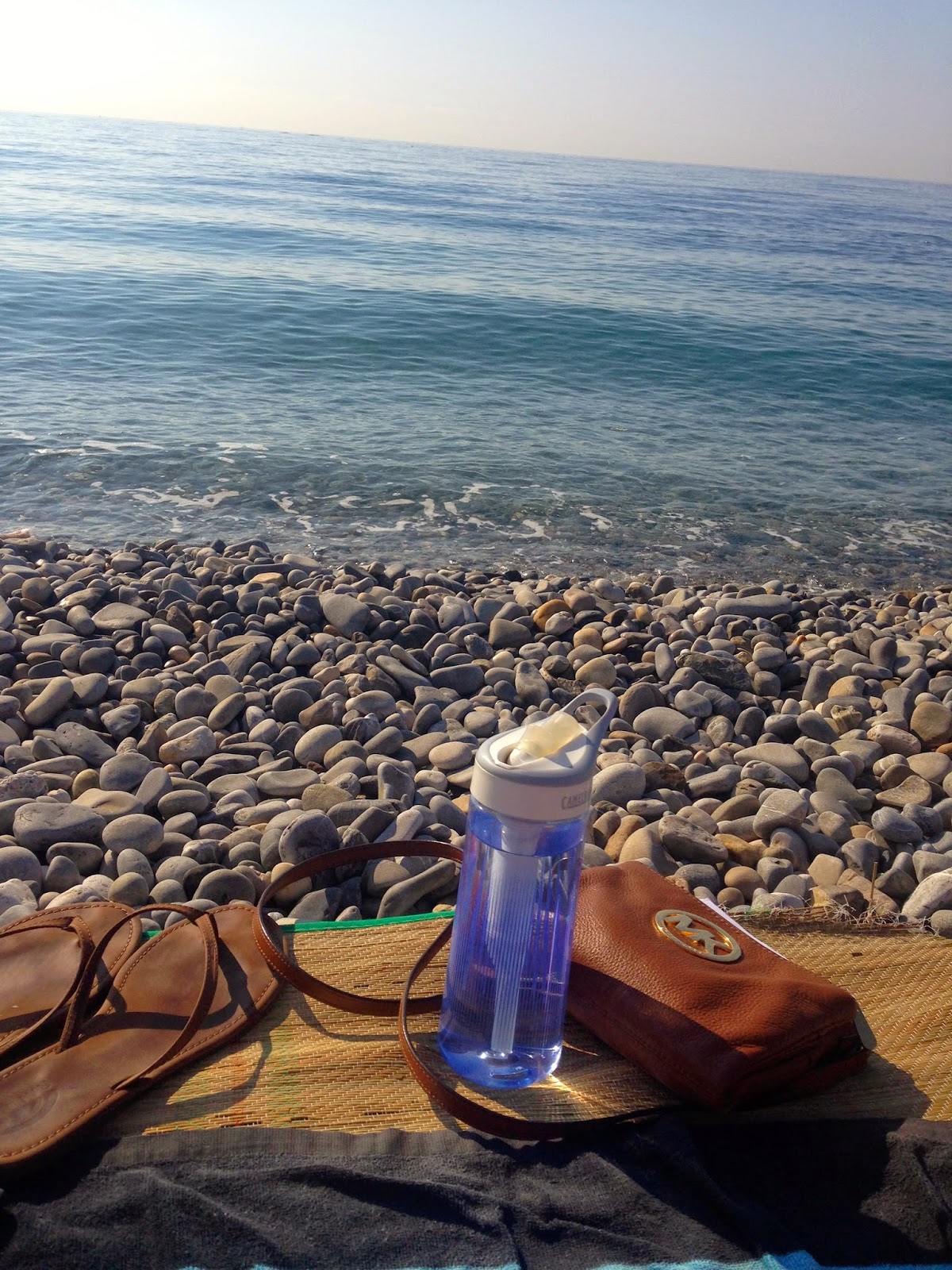 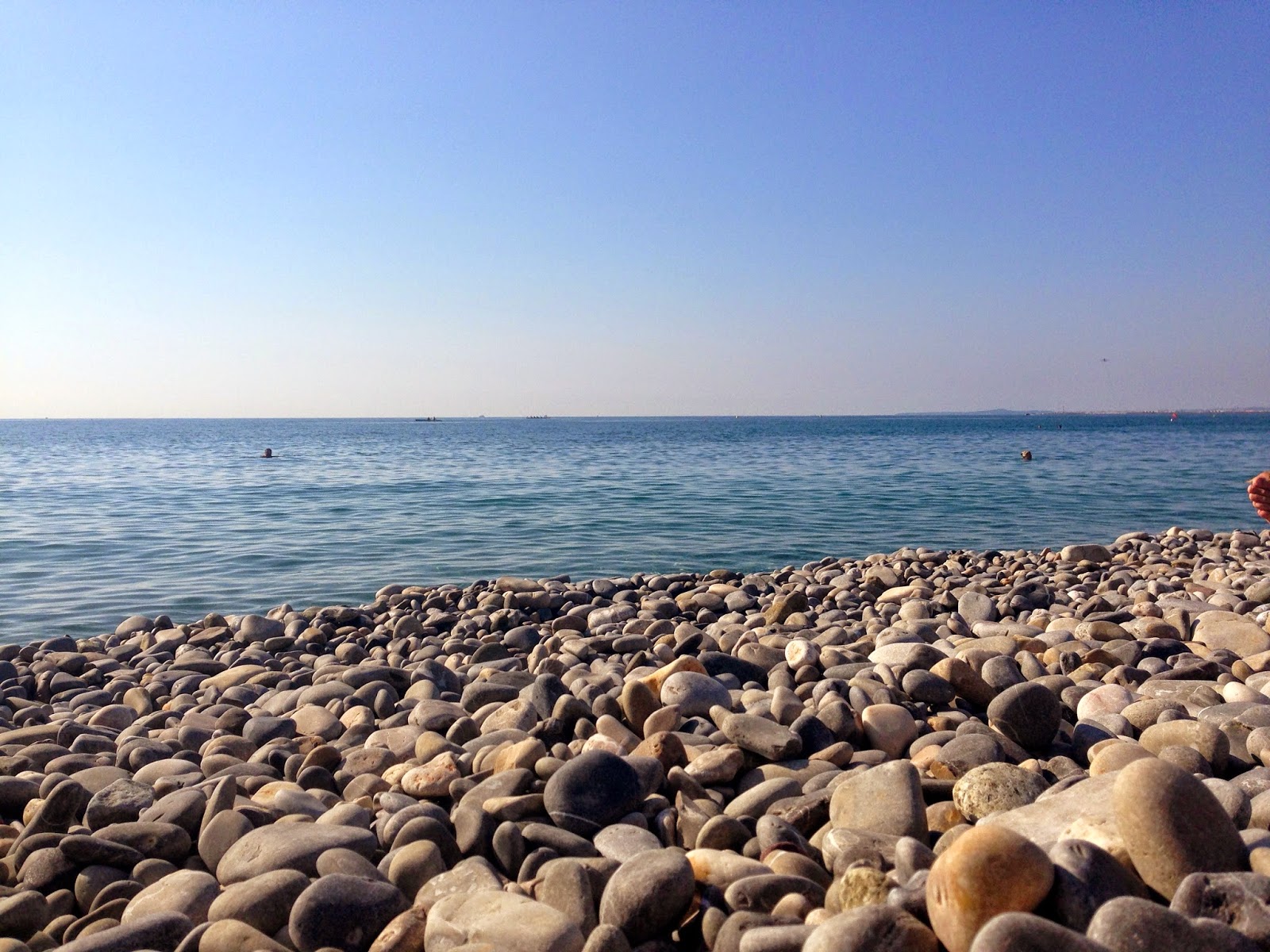 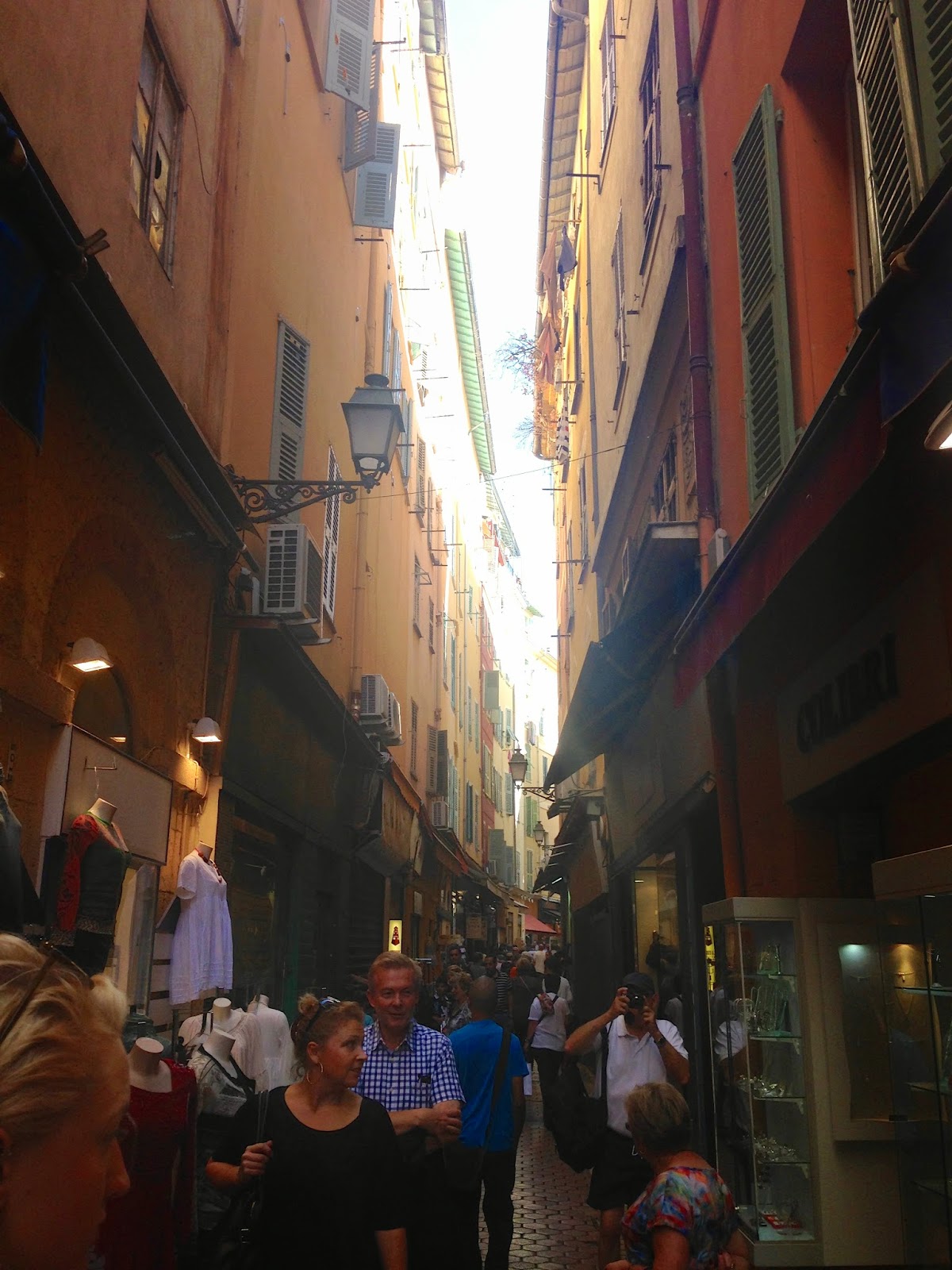 I’ve already made some fairly solid retirement plans including this place, perhaps with a yacht, and there’s no doubt in my mind I’ll see it again. It was such a great way to round out the summer (even if I’d already started school again) and spend one more weekend laying out before the winter comes.

Tips for traveling to Nice: