November 4, 2014 – Disclaimer: I’ve been to Ireland before, and fell in love with it, so this post might be a bit biased.

I’ve been working on these fall break posts for a while now, and honestly, procrastination has been a huge part of that time spent. A part of me is excited to share all of my adventures with you, while another part of me is sad to press publish and be done with all the new places I was lucky enough to visit. But you guys trump my nostalgia, so here goes nothing!

First of all, Ireland is magical. Literally. We arrived late at night (early morning?) on a Thursday and were greeted by the cheeriest taxi driver. Let it be known that his only advice to us was to go to pubs. And so we checked into our hostel, which to our pleasant surprise was right downtown, and went out to the Temple Bar district that evening. I cannot begin to describe how delicious that first sip of real Guinness tasted. Live music + good beer + good company, is there anything better?

The next morning, we woke up ready to drink for a day full of Irish culture. Starting with a traditional Irish breakfast (the pudding is actually blood sausage, in case you were wondering) at Bewley’s, we made our first stop the Old Trinity Library.  It was a book lover’s dream, with bindings up to the ceiling and the giant, old Book of Kells. The Trinity campus was as green as ever and the leaves on the trees were at the perfect fall color peak, so we sauntered around the grounds for a while until we decided to start on our Irish drinking tour. 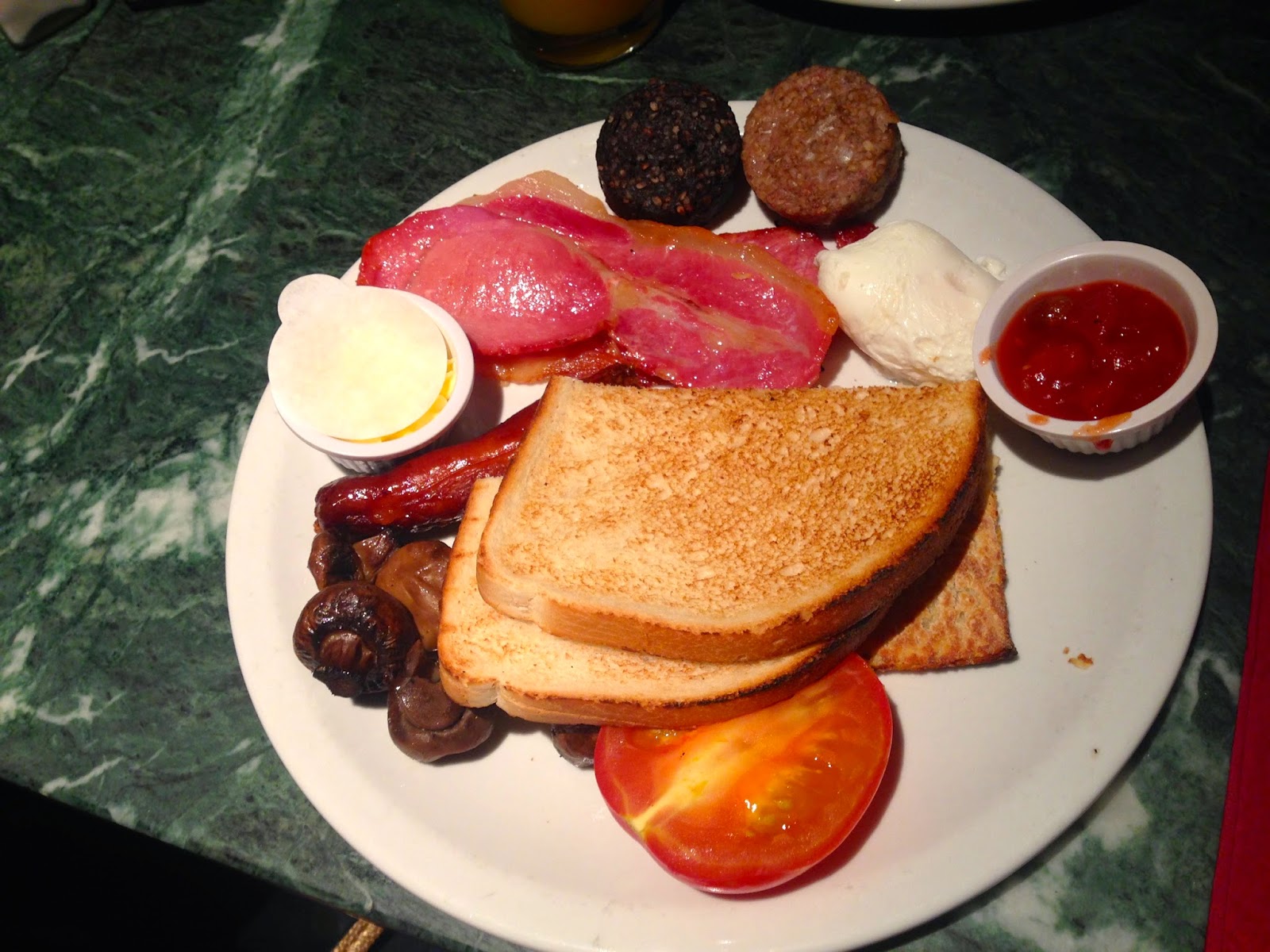 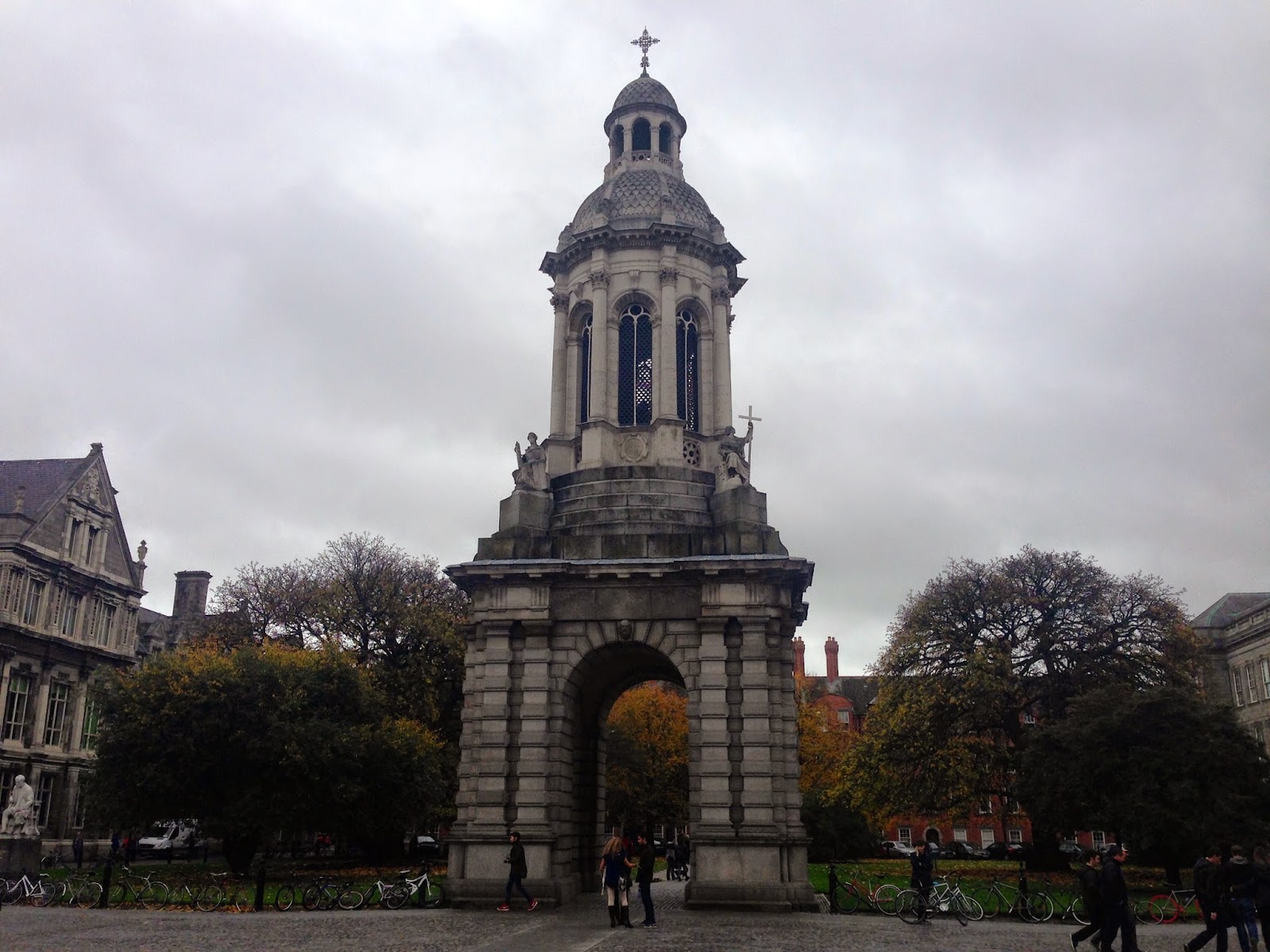 First stop: Jameson Distillery
I honestly learned the most from this place – definitely worth the trek outside of downtown Dublin! I can rattle off some impressive facts about the whiskey distillery process, as well as differences between Irish whiskey, scotch & American whiskey. But if I told you, what fun would that be?
After the tour, we hung out in the bar area near the entrance, which was over glass flooring that showed the original stone wash backs used to make Whiskey and was adorned with Jameson bottle chandeliers (a beauty all in their own), for the best mug of Irish coffee I think I’ve ever tasted! Once again, the lighting was not so great, so my apologies for the poor quality. I guess that just means you’ll have to go see it for yourself 😉 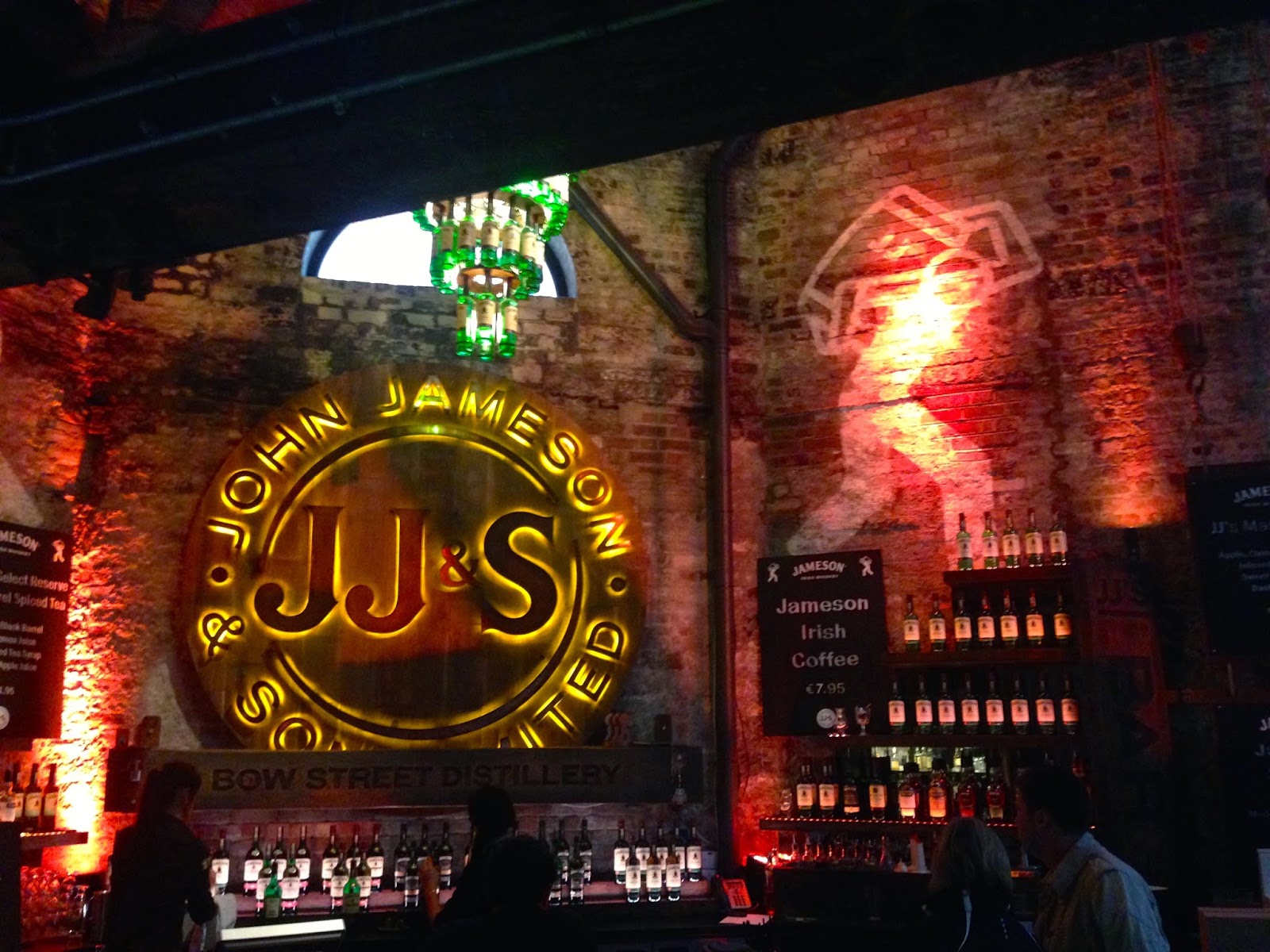 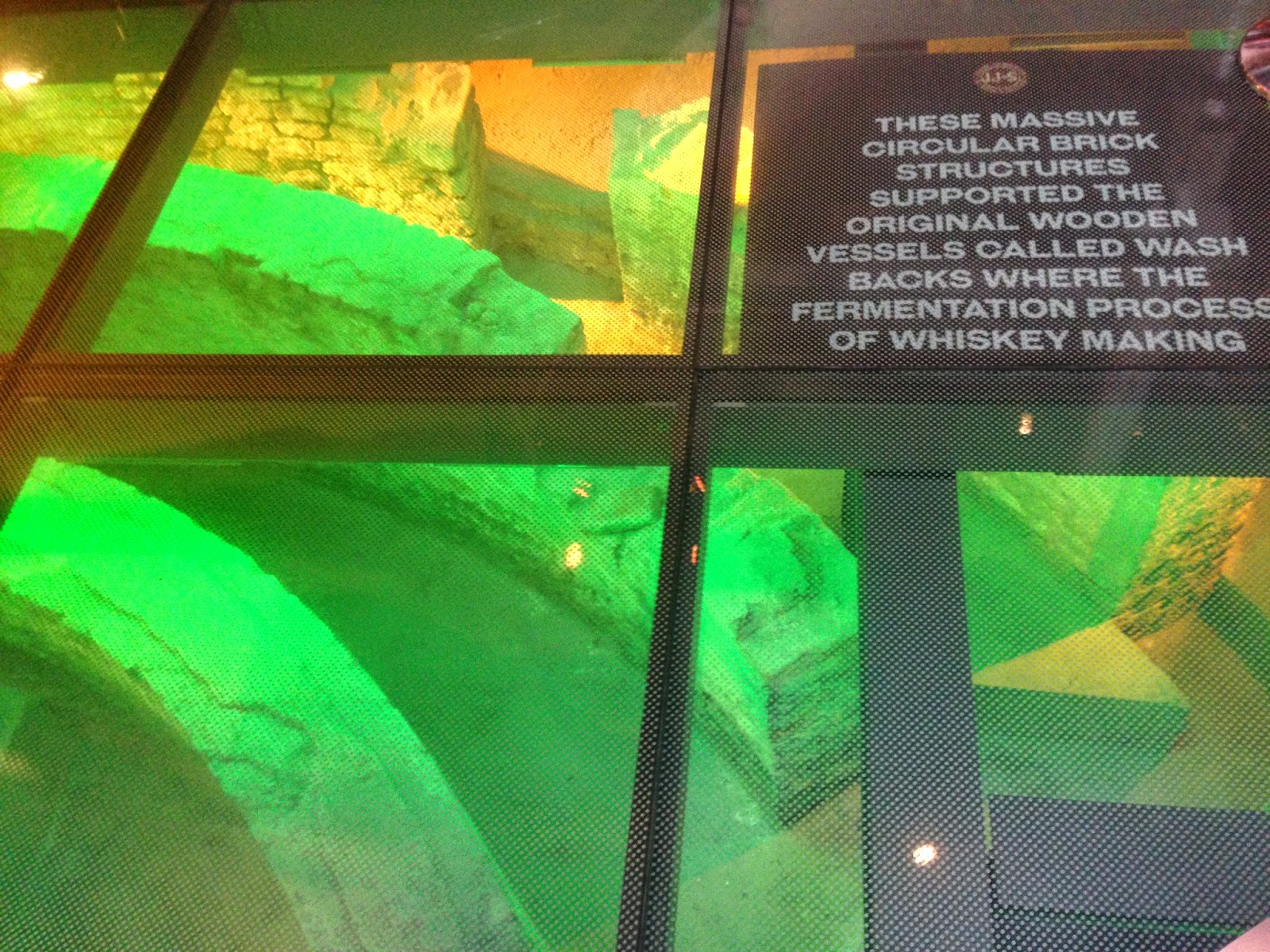 With our stomachs full of whiskey and still warm from the hot coffee, we ventured out into the chilly rain (yes, it does rain A LOT) back toward downtown and across the river.

Second stop: Guinness Brewery
This place is just enormous. I still can’t get over it. We bought tickets online in advance so we breezed right past the entrance (highly recommend!) and started on the winding self-tour that Guinness has set up. There are no guides. Just you, your hopefully-good sense of direction and some informative signs about the brewery’s history. I also picked up some pamphlets, but that’s mostly because I’m a pamphlet hoarder…
In other news, we finished the history lesson and then took the glass elevator in the middle of the building (we’re talking Willy Wonka-type stuff here) up to the Gravity Bar to turn in our own kind of golden ticket: the free beer voucher. Yes, please!
The views from the 360-degree glass window hangout were incredible. And maybe it was just my imagination, but the Guinness tasted a little better than before. 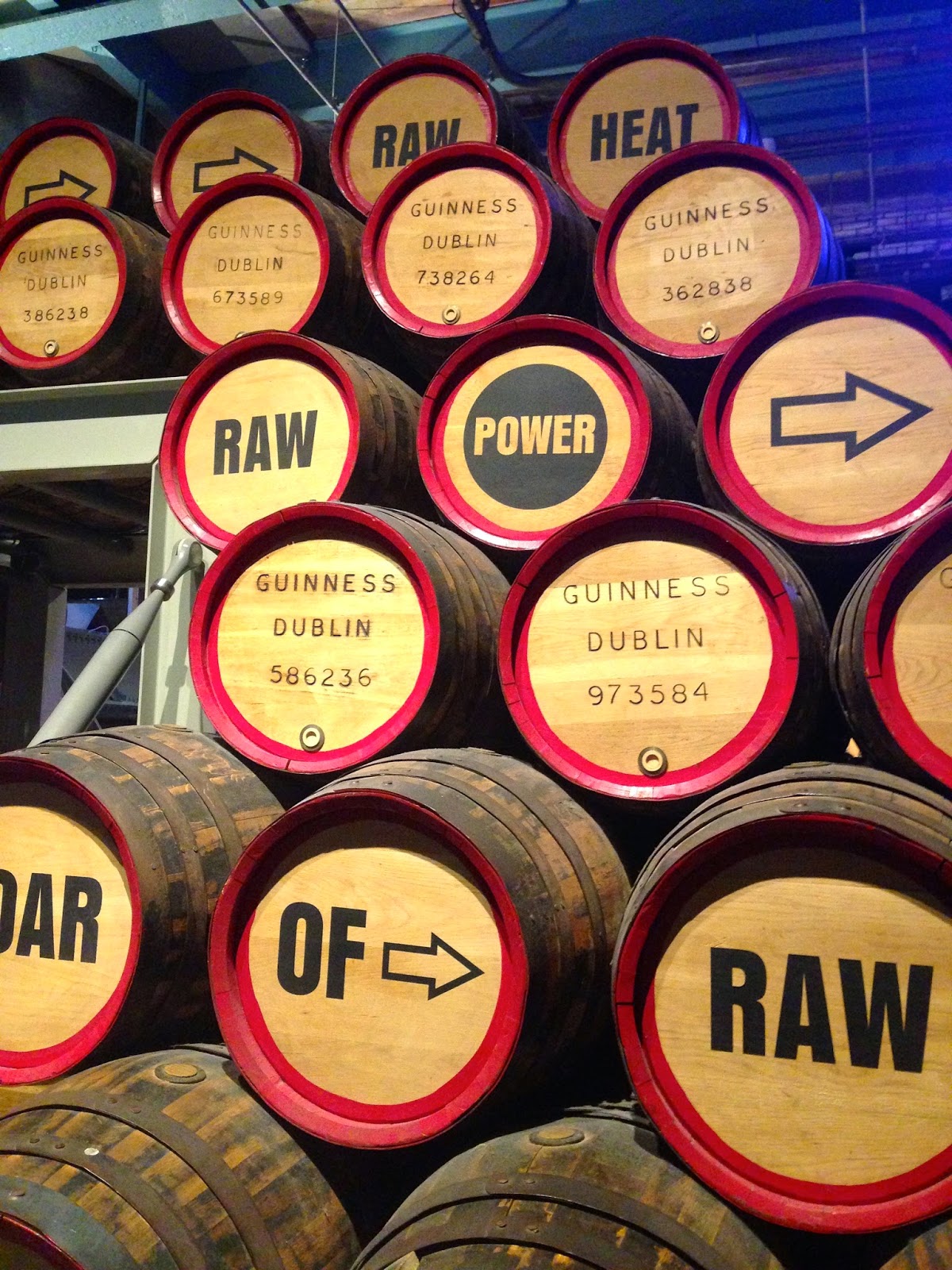 We napped off our exhausting day, as most twenty-somethings would do, and then headed out to our favorite nightlife locale for some of that beloved live, cover music that Ireland does so well!

At 7AM the next morning, we rolled out of bed and onto a tour bus for the Cliffs of Moher – don’t worry, we caught a little shut-eye during the long ride from Dublin to West Ireland. We saw the mini cliffs first, which were just as breath-takingingly beautiful as the actual cliffs. But you can be the judge of that. 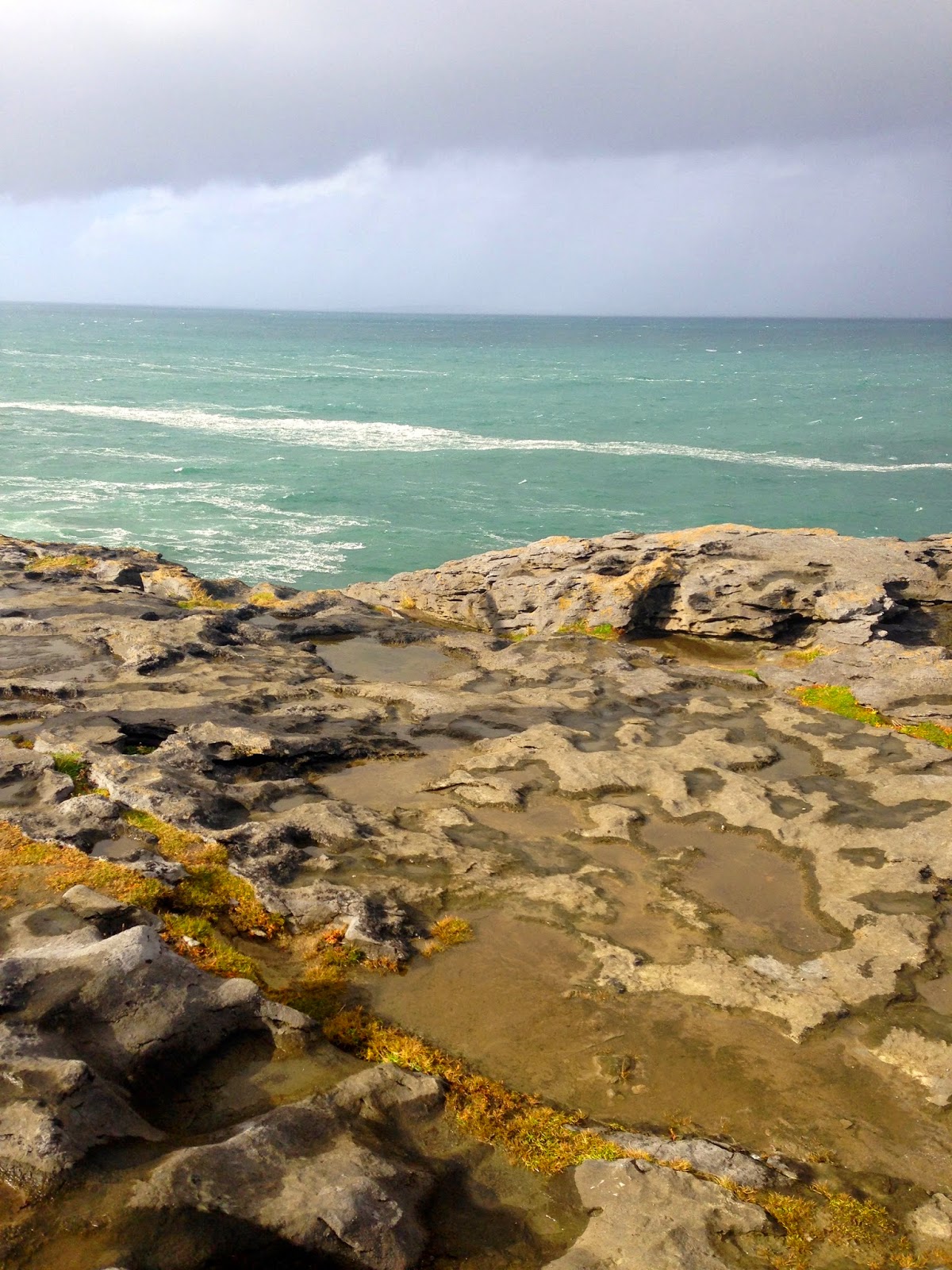 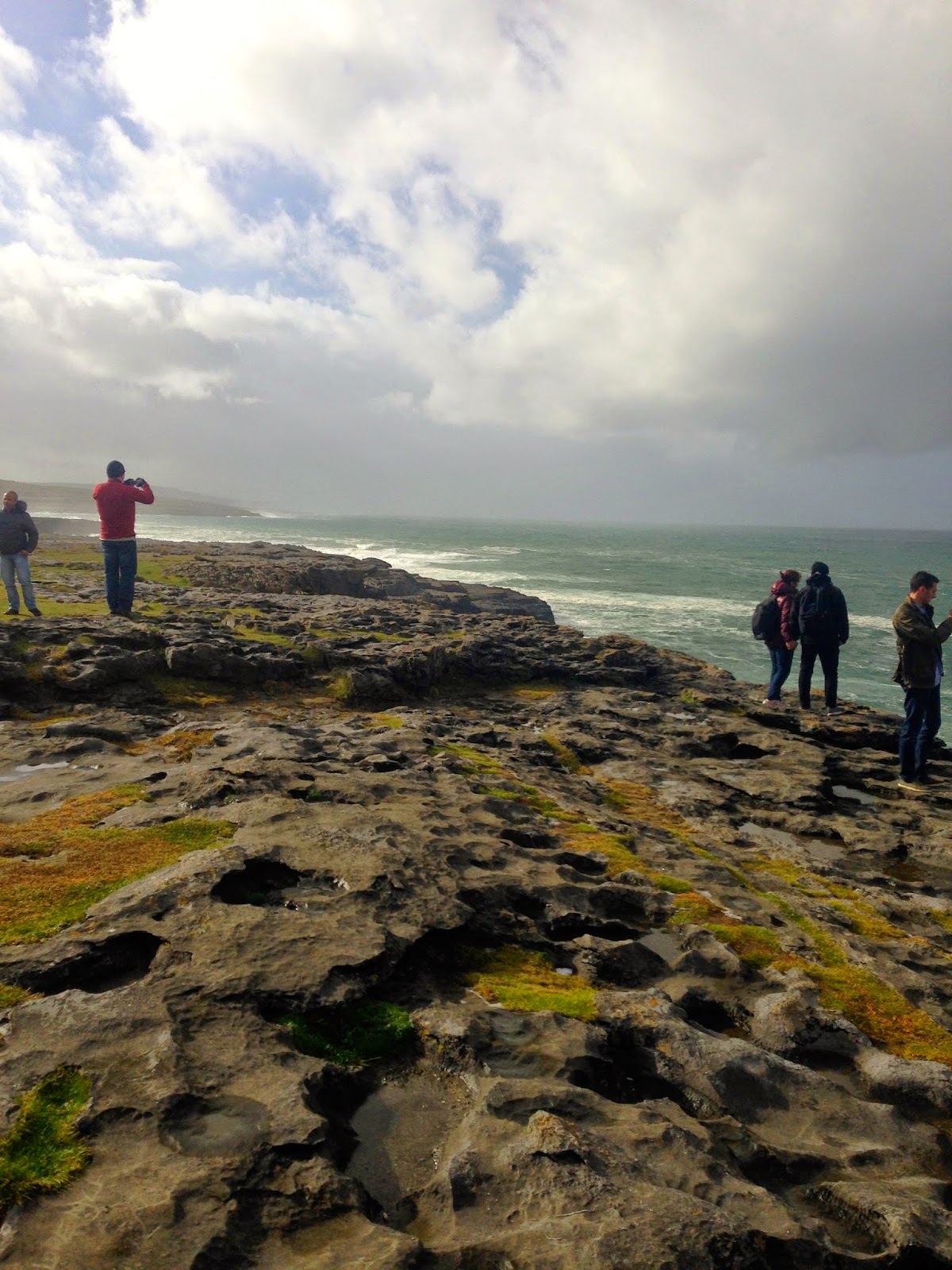 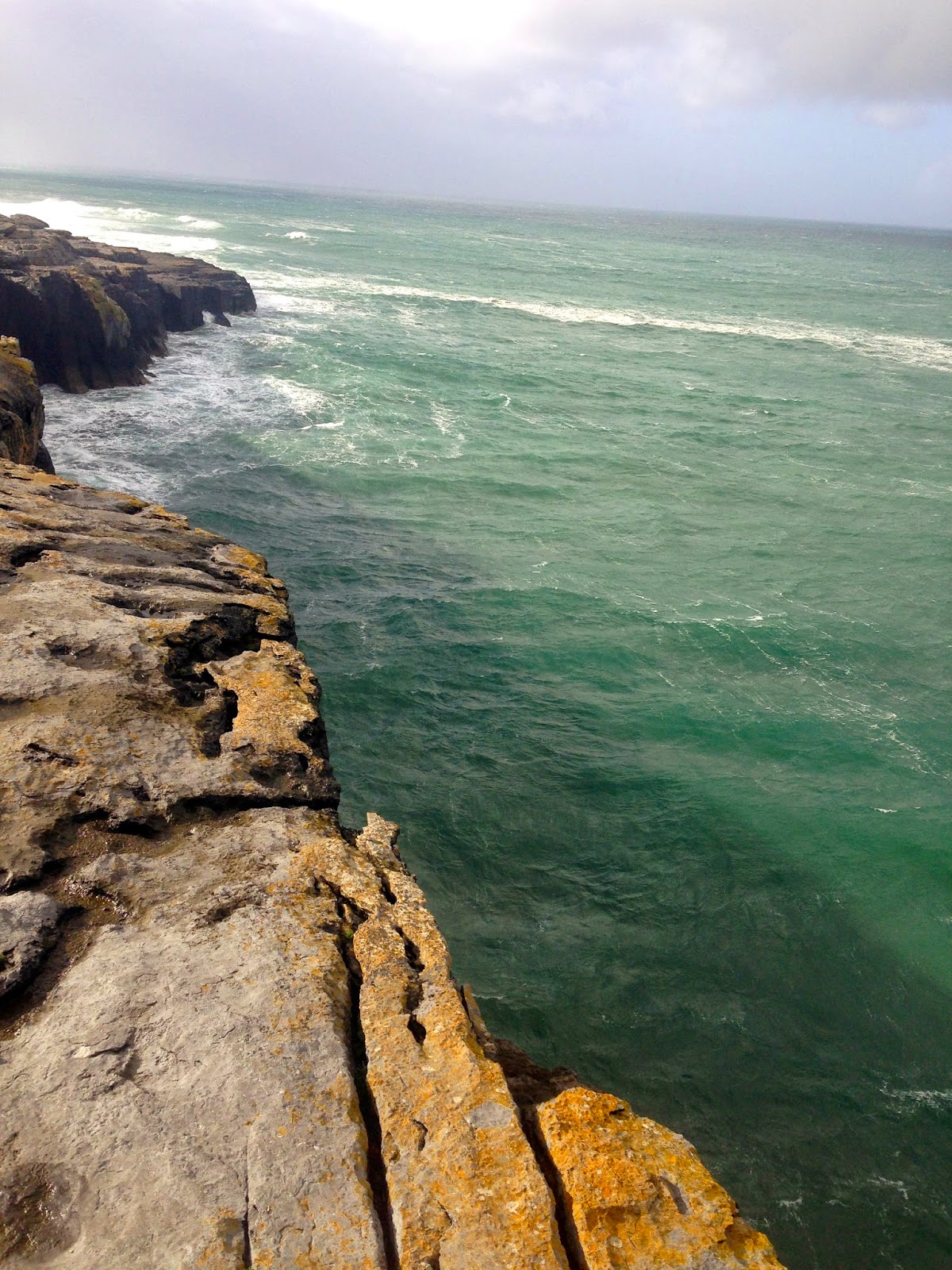 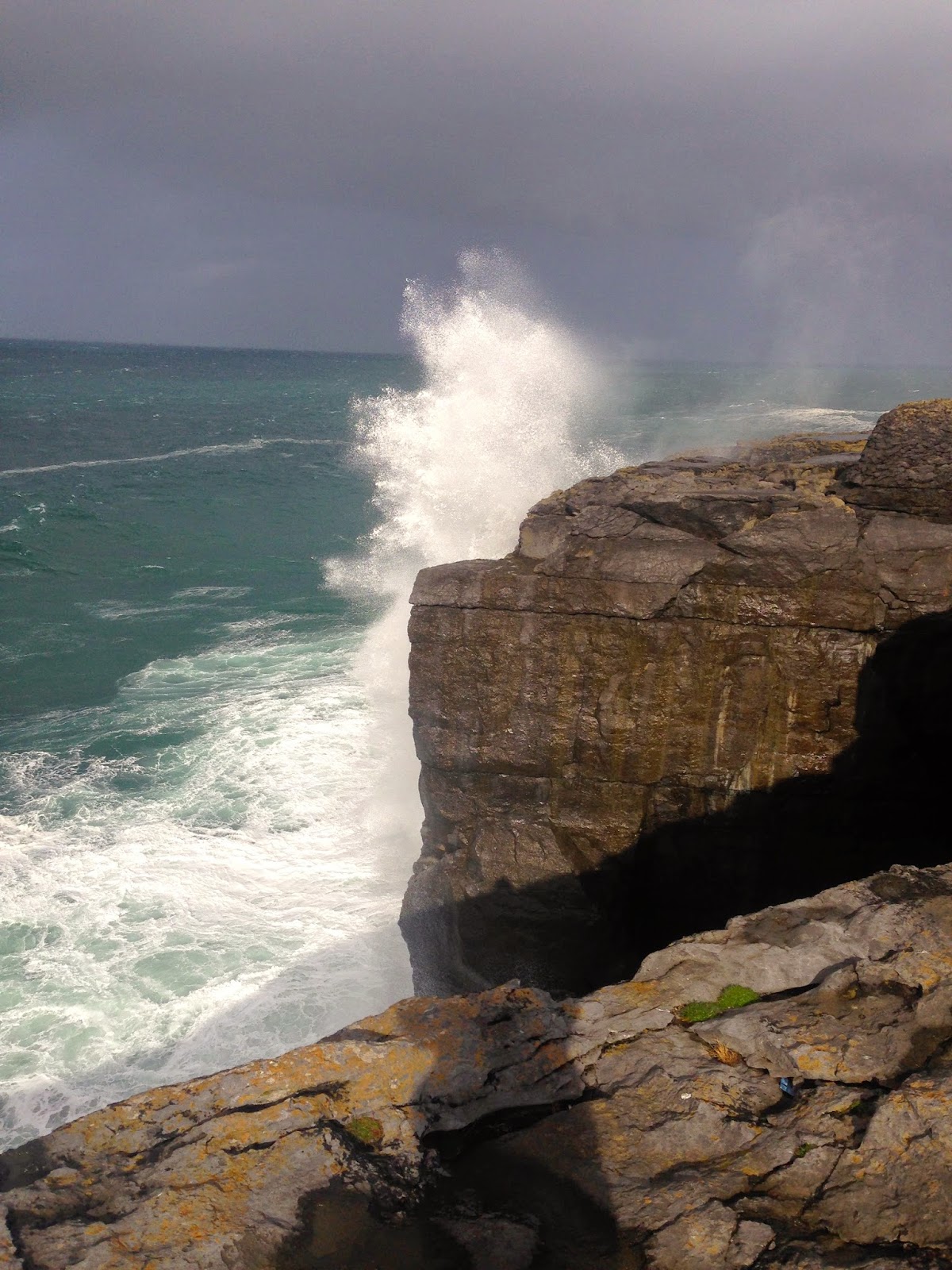 And now for the real Cliffs of Moher… 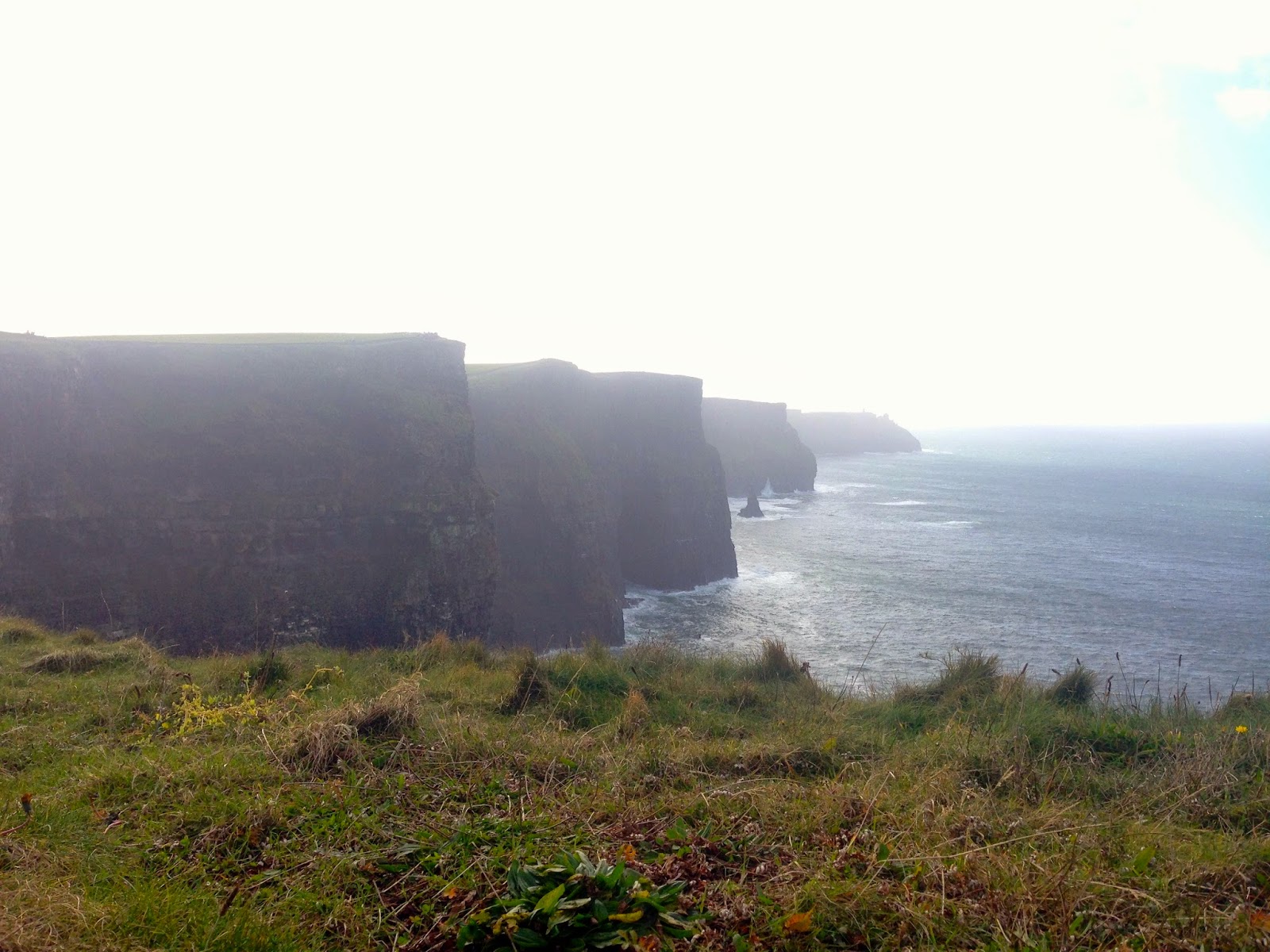 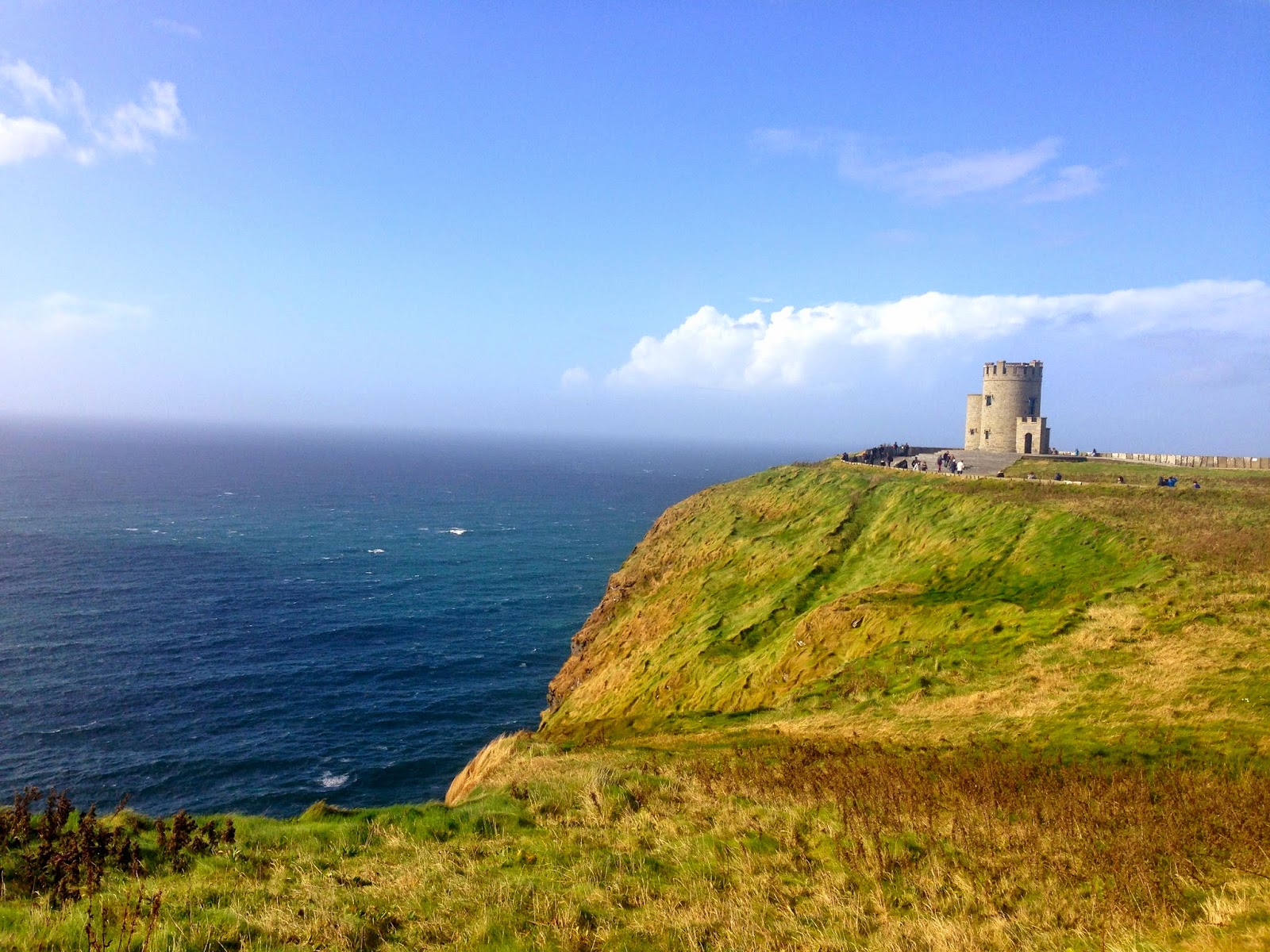 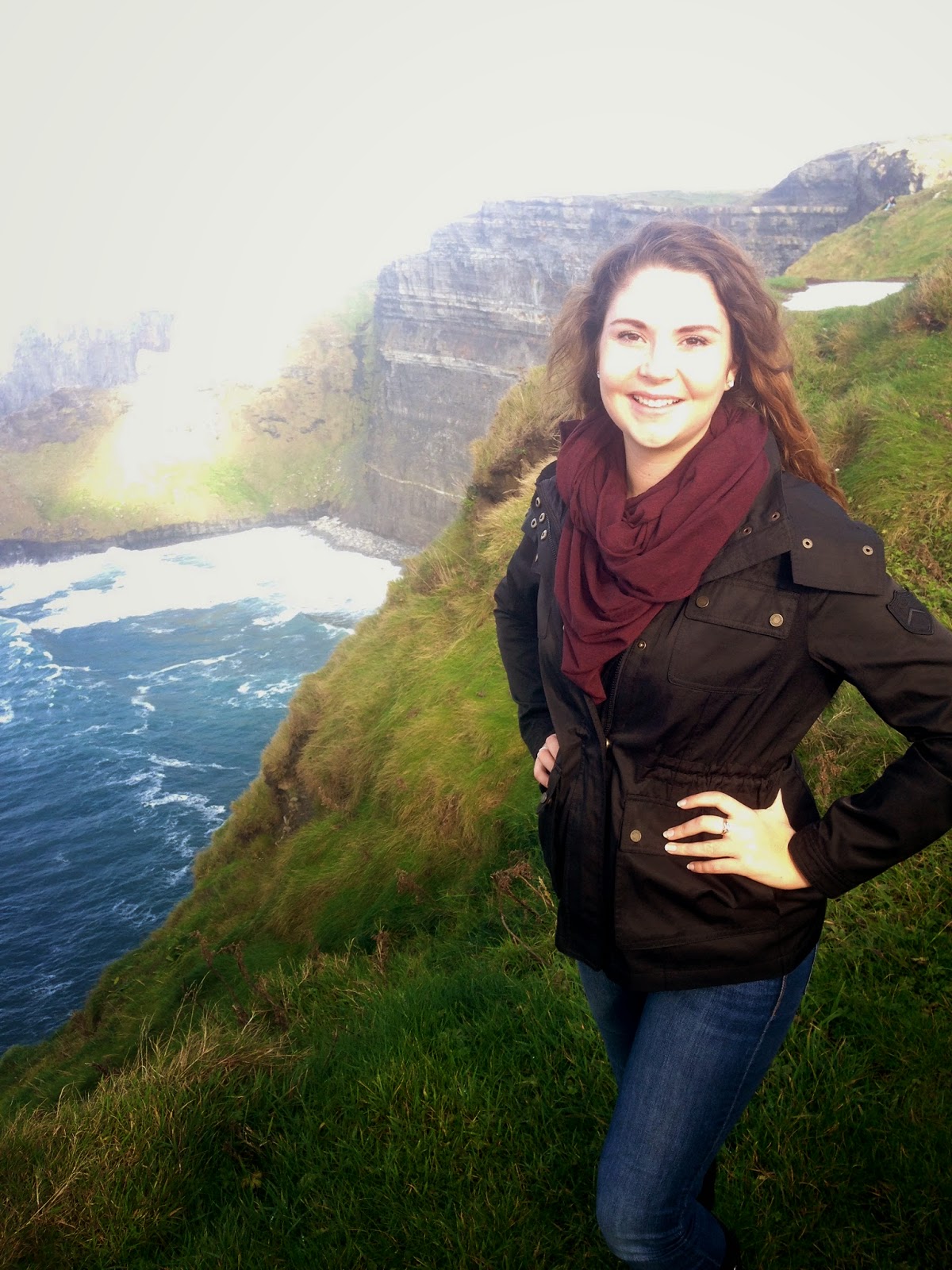 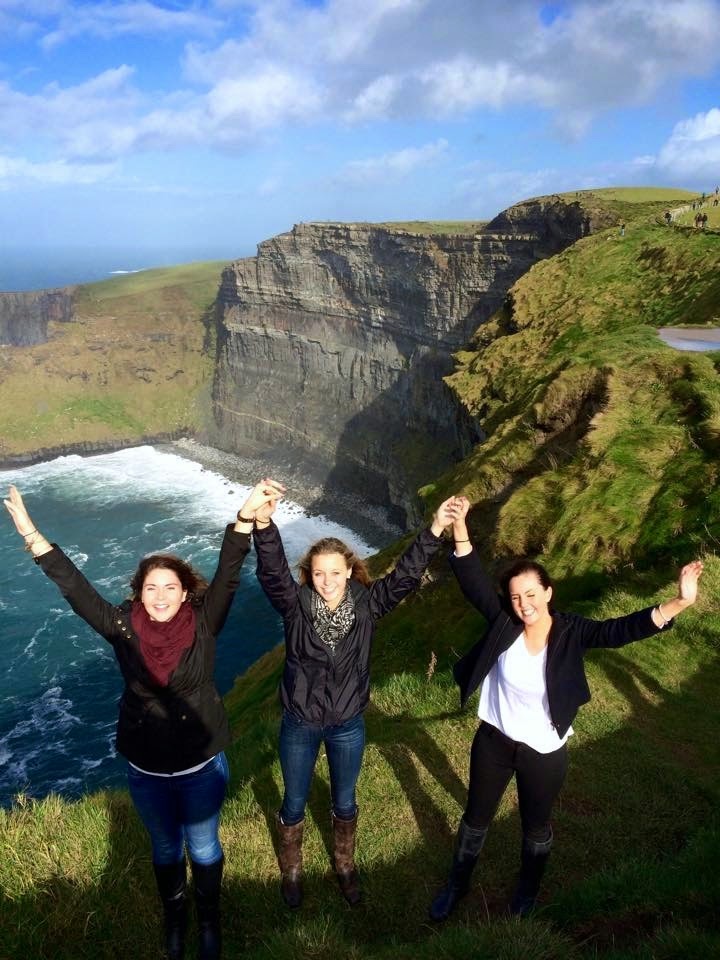 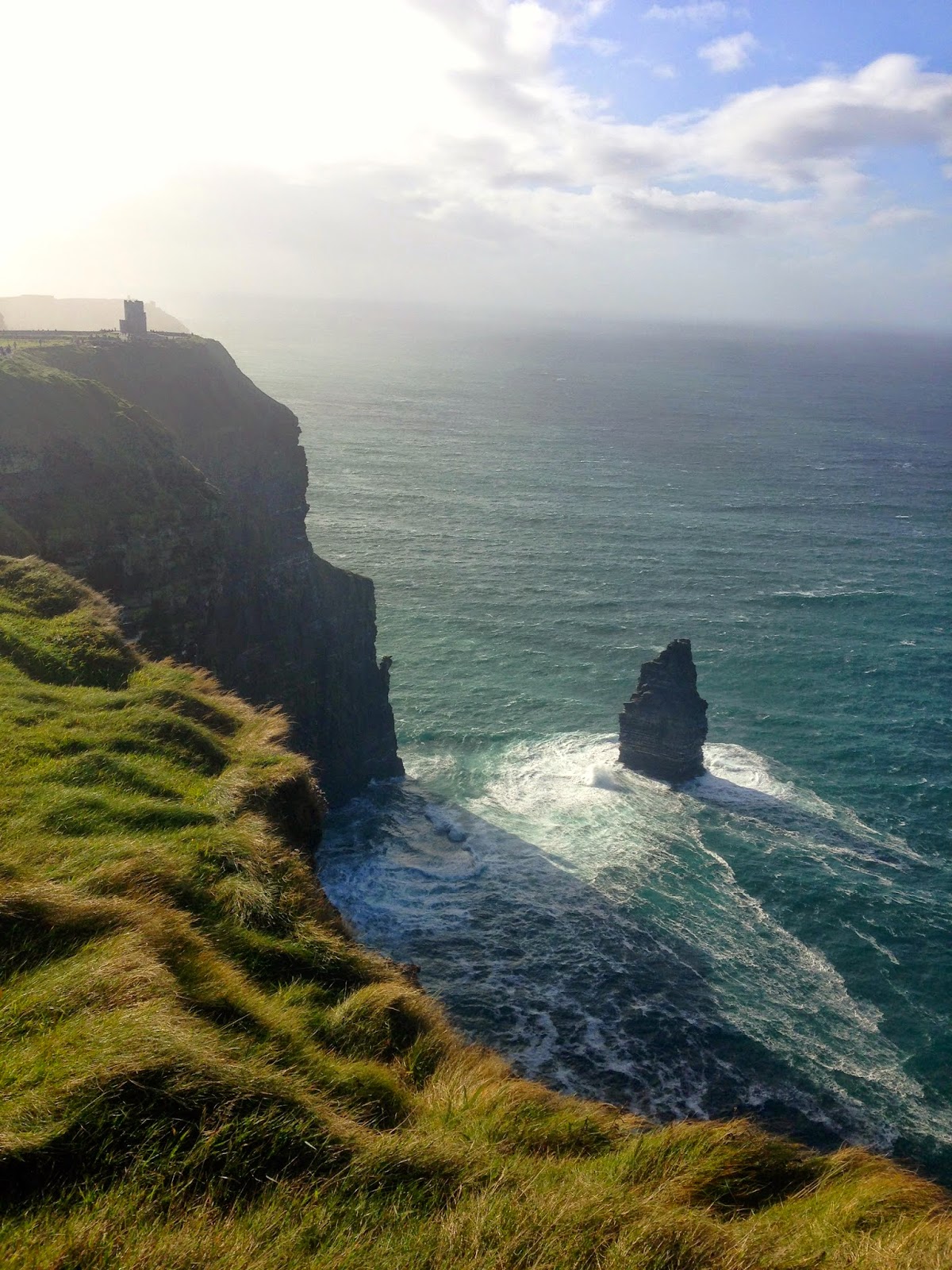 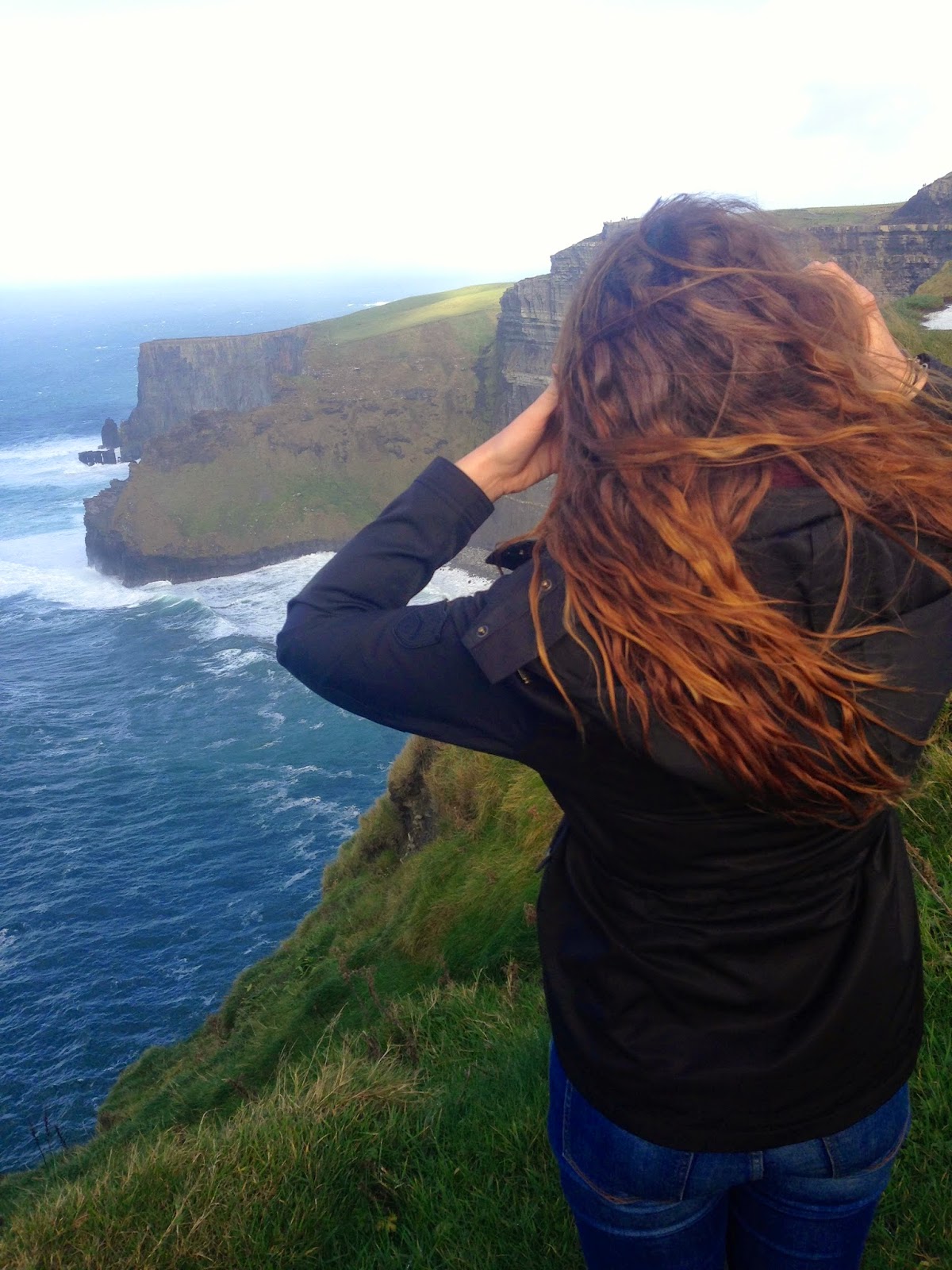 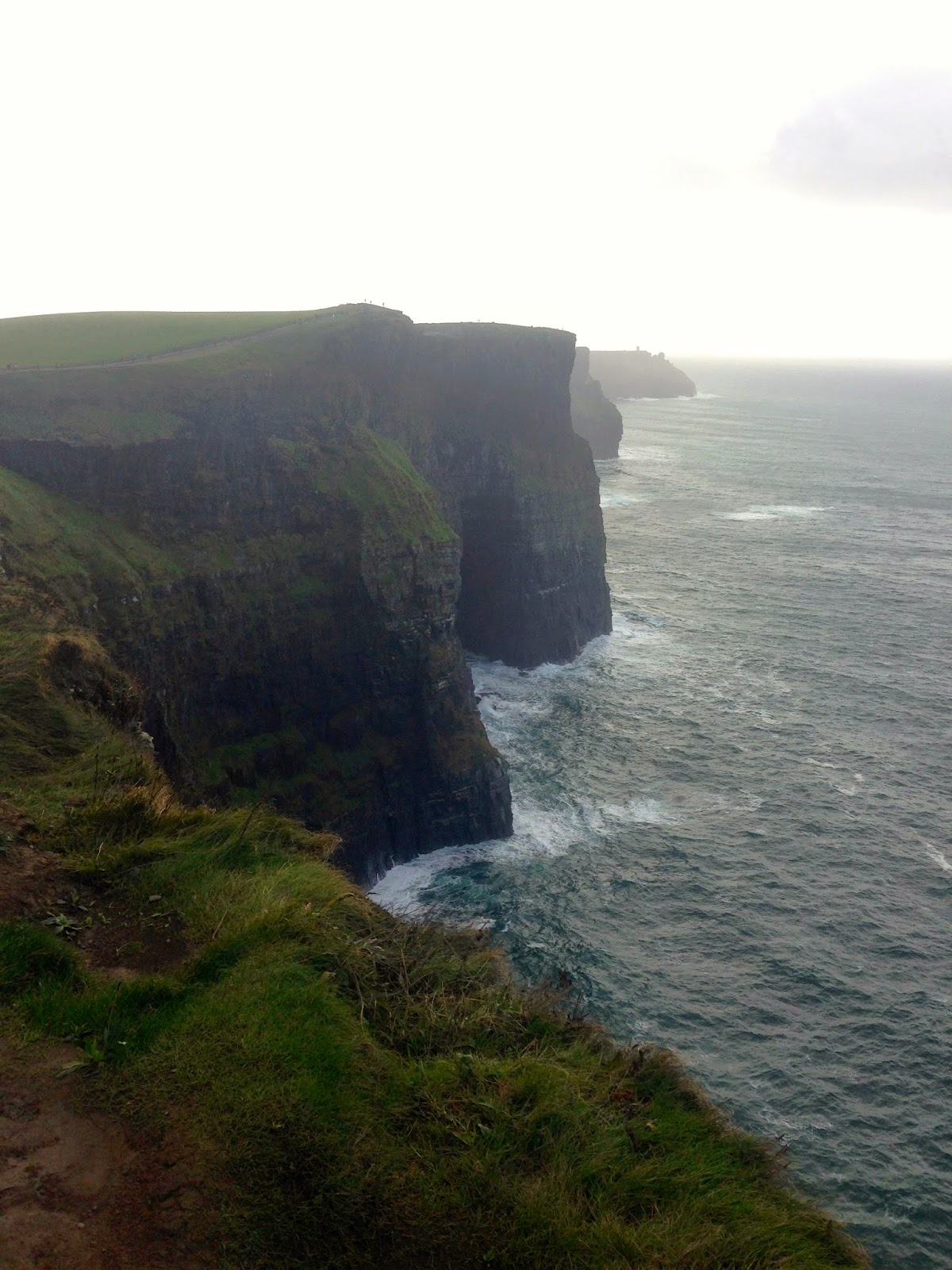 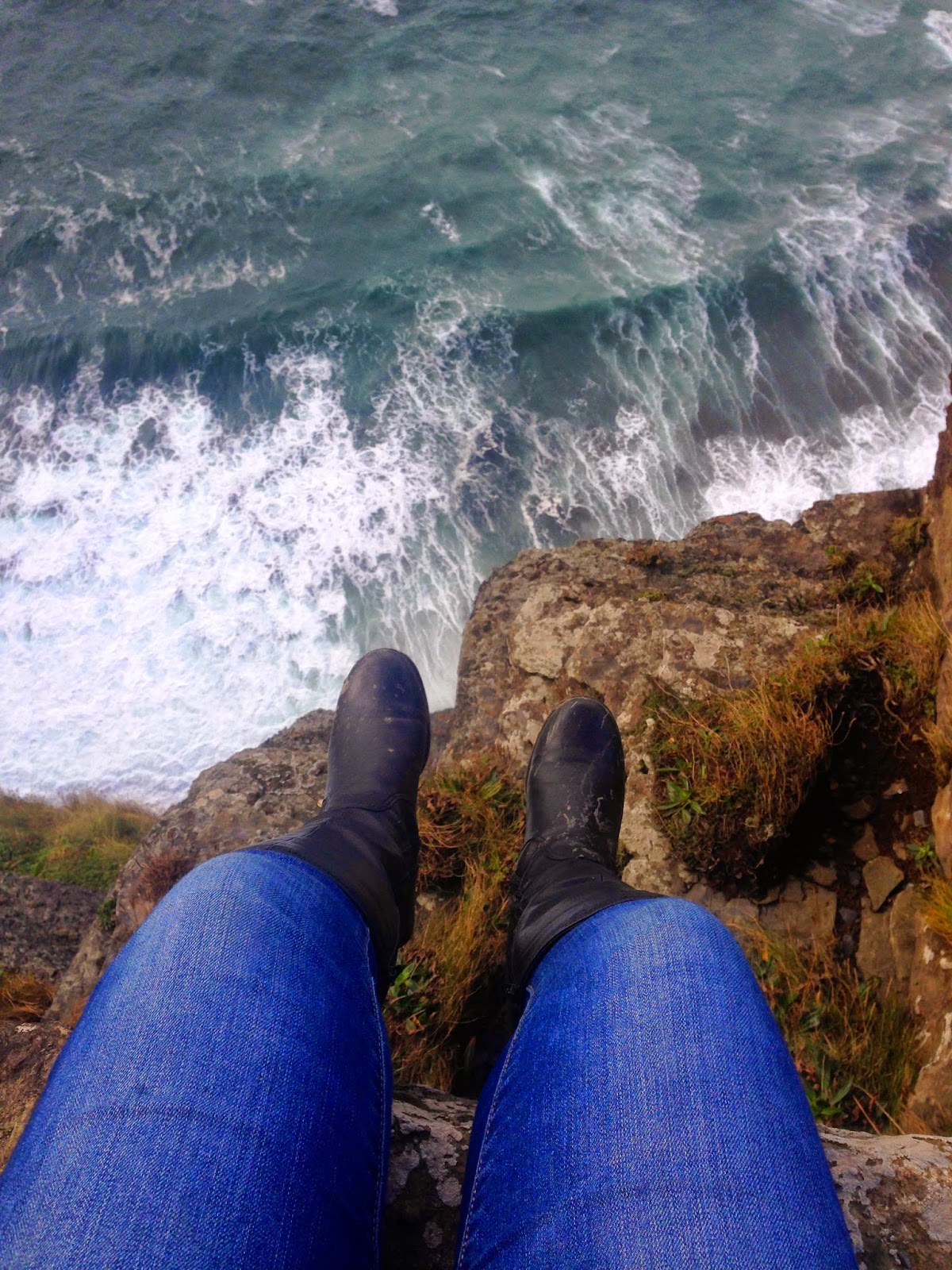 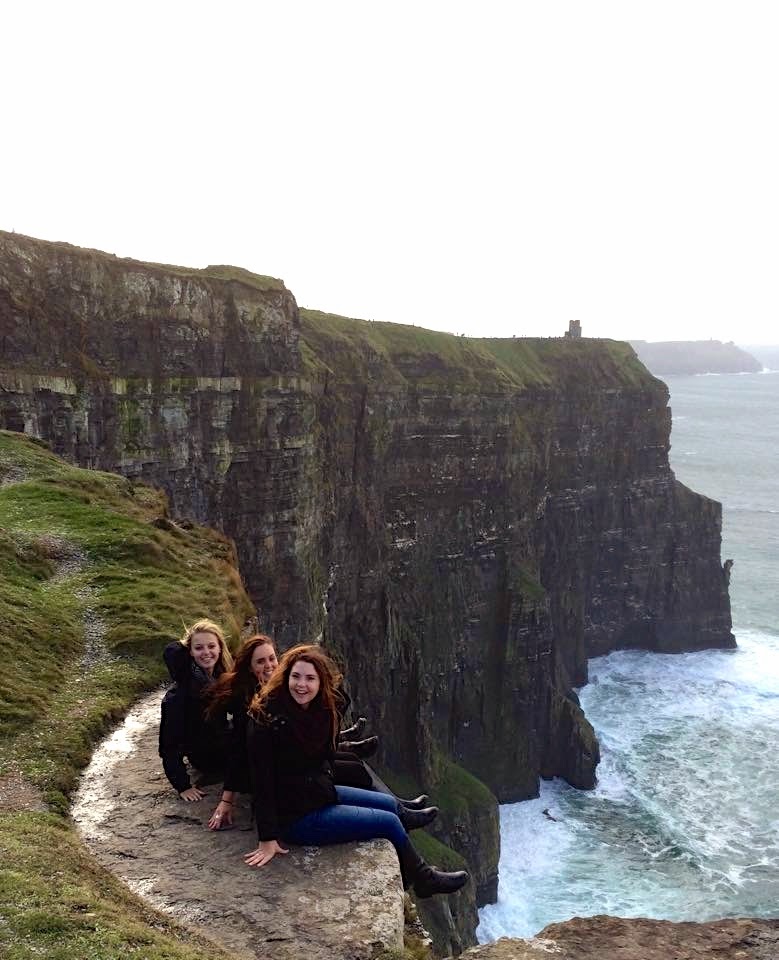 We walked, hiked, climbed, traversed and shuffled so much that day. Aside from editing our Instagrams on the bus ride home, the only thing we had on our minds was food and sleep. As soon as we got back to Dublin, we stuffed our faces with gourmet burgers from Bobo’s Burgers and then mustered up the energy to take advantage of our last night with live music, Guinness and Magner’s cider (much to my dismay, this doesn’t exist in the USA).

On Sunday, we woke up, pulled our things together and headed out for a stroll around Dublin to kill time before our flight that afternoon. We stopped for breakfast at San Lorenzo’s – best huevos rancheros of my life – and then walked to St. Patrick’s Cathedral, which ended up not being free like we had planned so we admired its external beauty only. I took a quick jog over to the Temple Bar district to snap some pictures and grab a few souvenirs. 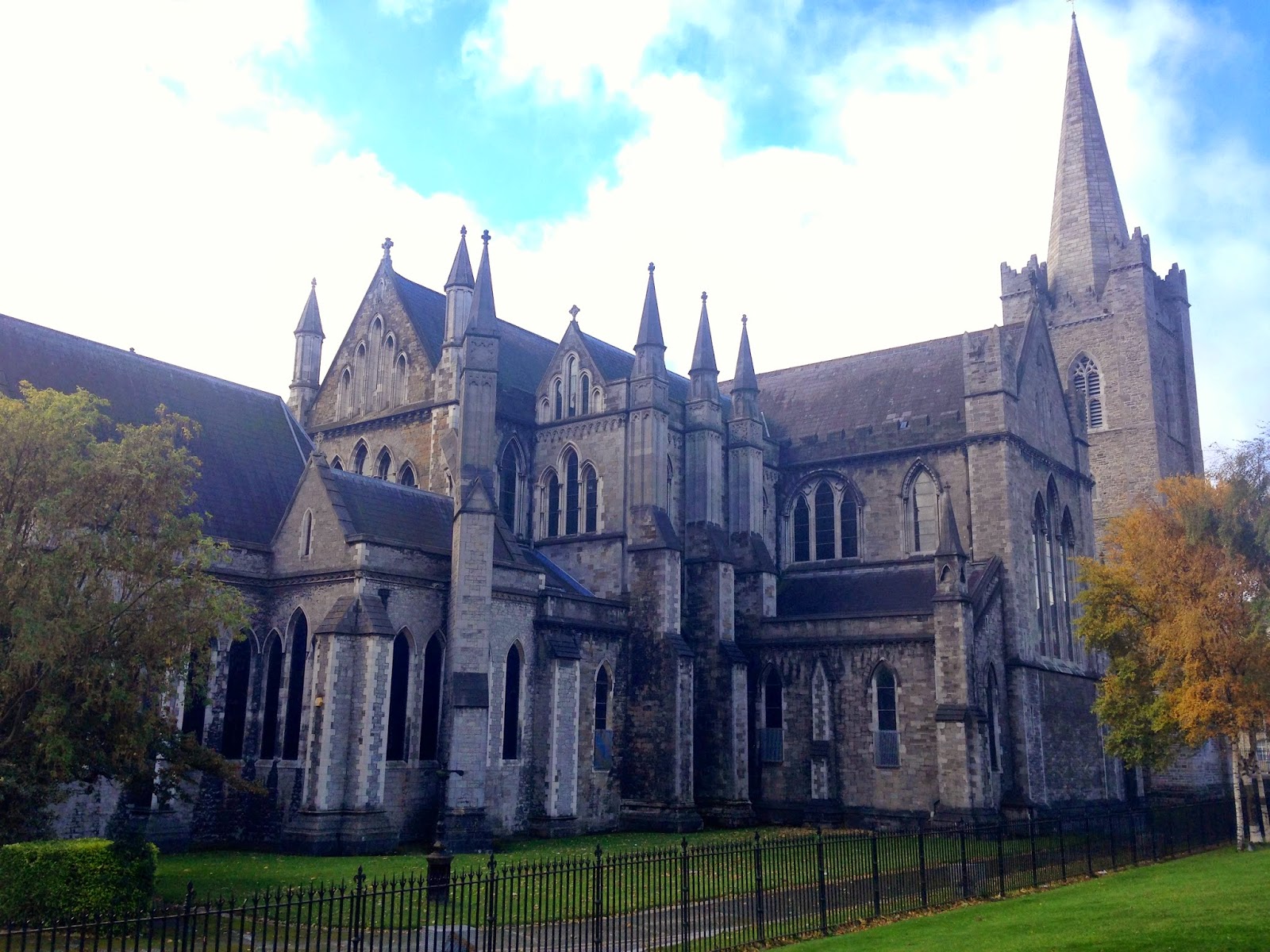 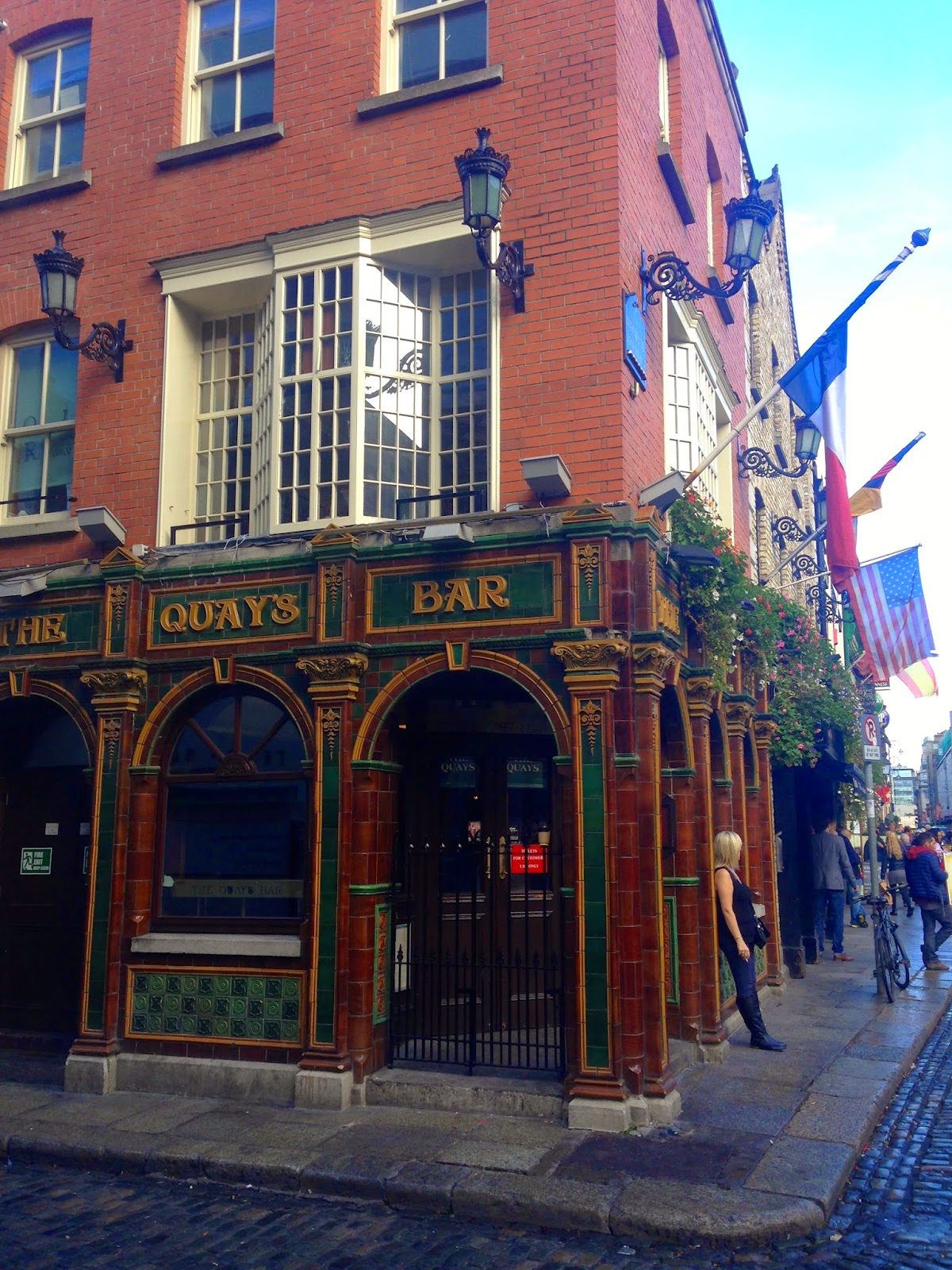 We found ourselves with a lot of extra time on Sunday and, in retrospect, we probably could have done a short day-trip or something of the like. Instead, we trekked to outer Dublin to a coffee shop called 3FE Coffee that had been recommended by a friend of Cassie’s. The coffee was roasted all in-house and my latte was much-needed. After that, we rounded up our suitcases and taxied to the airport for our next leg of the adventure: Budapest (coming soon!)

I was overall very impressed with Dublin’s lively energy and friendly people. It honestly does feel like home for me in more ways than one, and I can see myself coming back here several times in the future!

Tips for Traveling to Dublin:
XO,
Em
Share on