This is the third and final part of my Fall Break adventures, and absolutely the toughest one for me to write…because I just want to go back so badly!

Prague was a whirlwind of a trip. We arrived later on a Wednesday, at varying times due to my mistaking train departures when buying tickets (oops), and checked into the Hostel Santini Prague with zero difficulty. Seriously, it was almost too good to be true. Free breakfast, towels, a nice large room, comfy bunk beds (I know, I thought that was impossible too), it was just perfect.

I met a friend from my program, Victoria, who decided to join us for this leg of the trip, and we went out to dinner with another SciencesPo friend who happened to be finishing up her time in Prague. It was a very relaxing evening, with more goulash and my first taste of Czech beer – a light, pilsner. We came back to the hostel and found my roommates, who had gotten in a little late. We did a bit of planning for the next few days and then drifted off to sleep.

We woke up early (okay, early for us) and grabbed some breakfast at the hostel before heading out to explore the castle that was just up the hill from our place. The climb is killer, but the views were so worth it! The morning was dedicated to exploring the giant estate, between the cathedral and the palace, there is definitely a lot of time that can be killed in that little area. 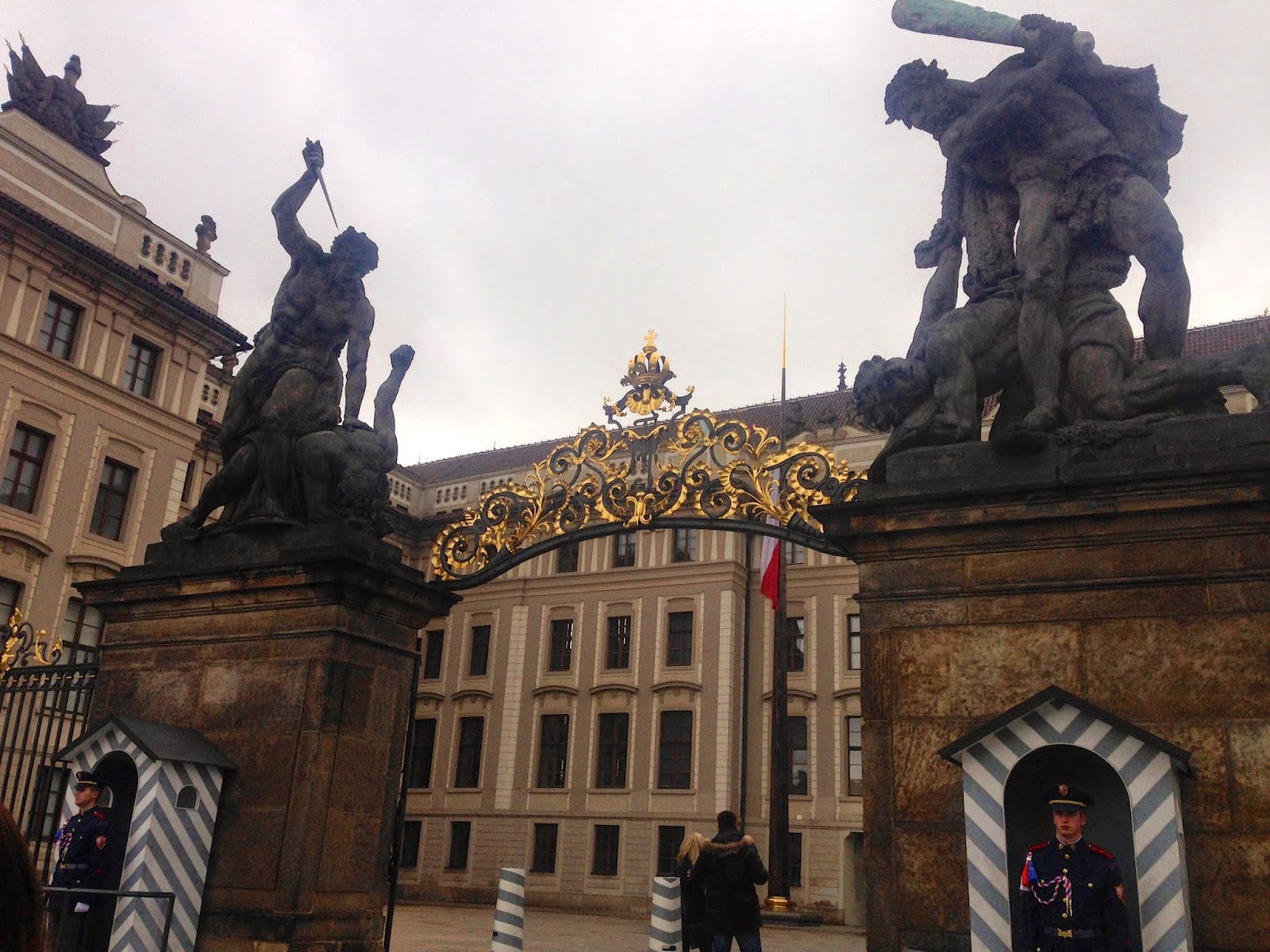 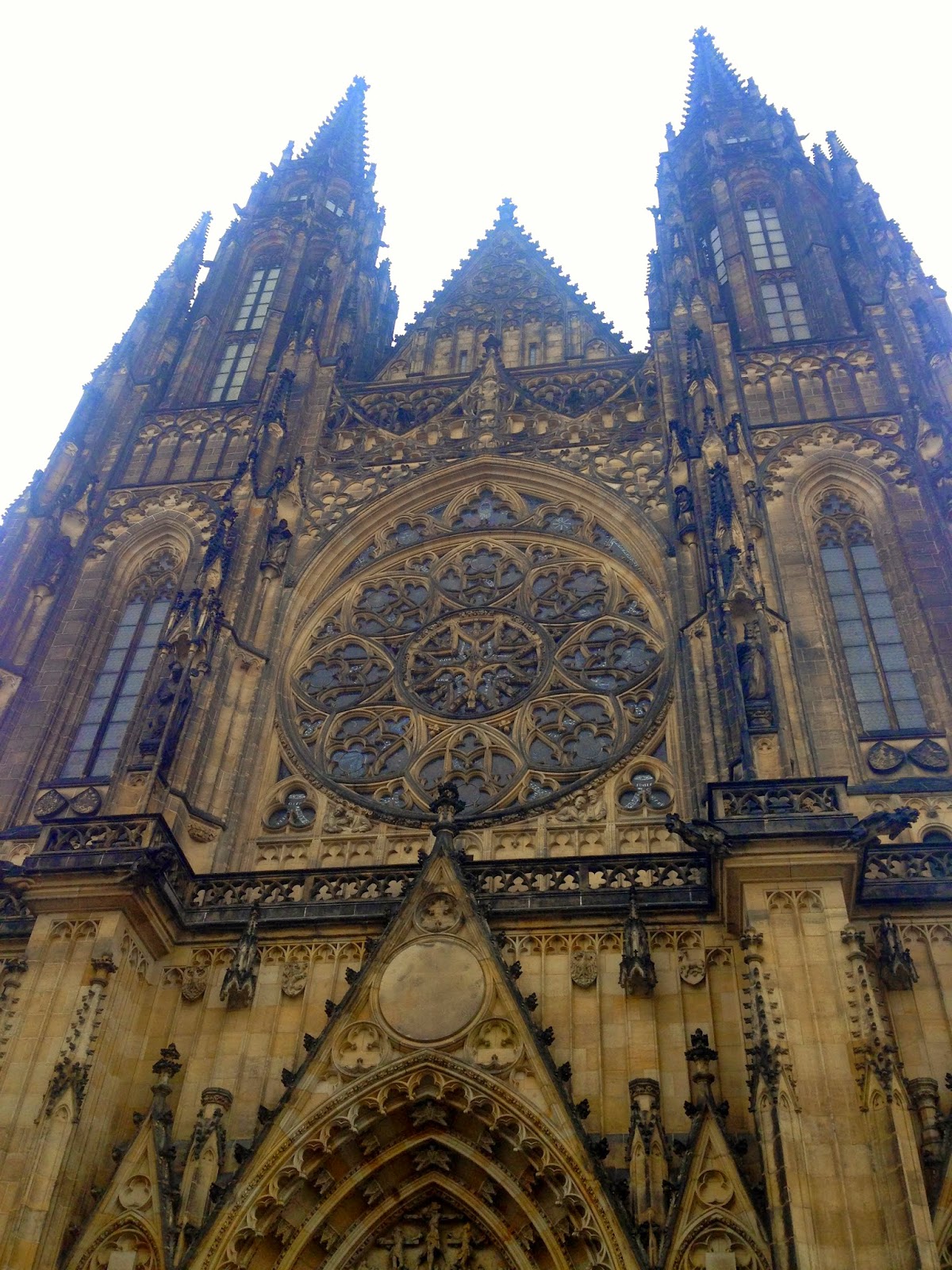 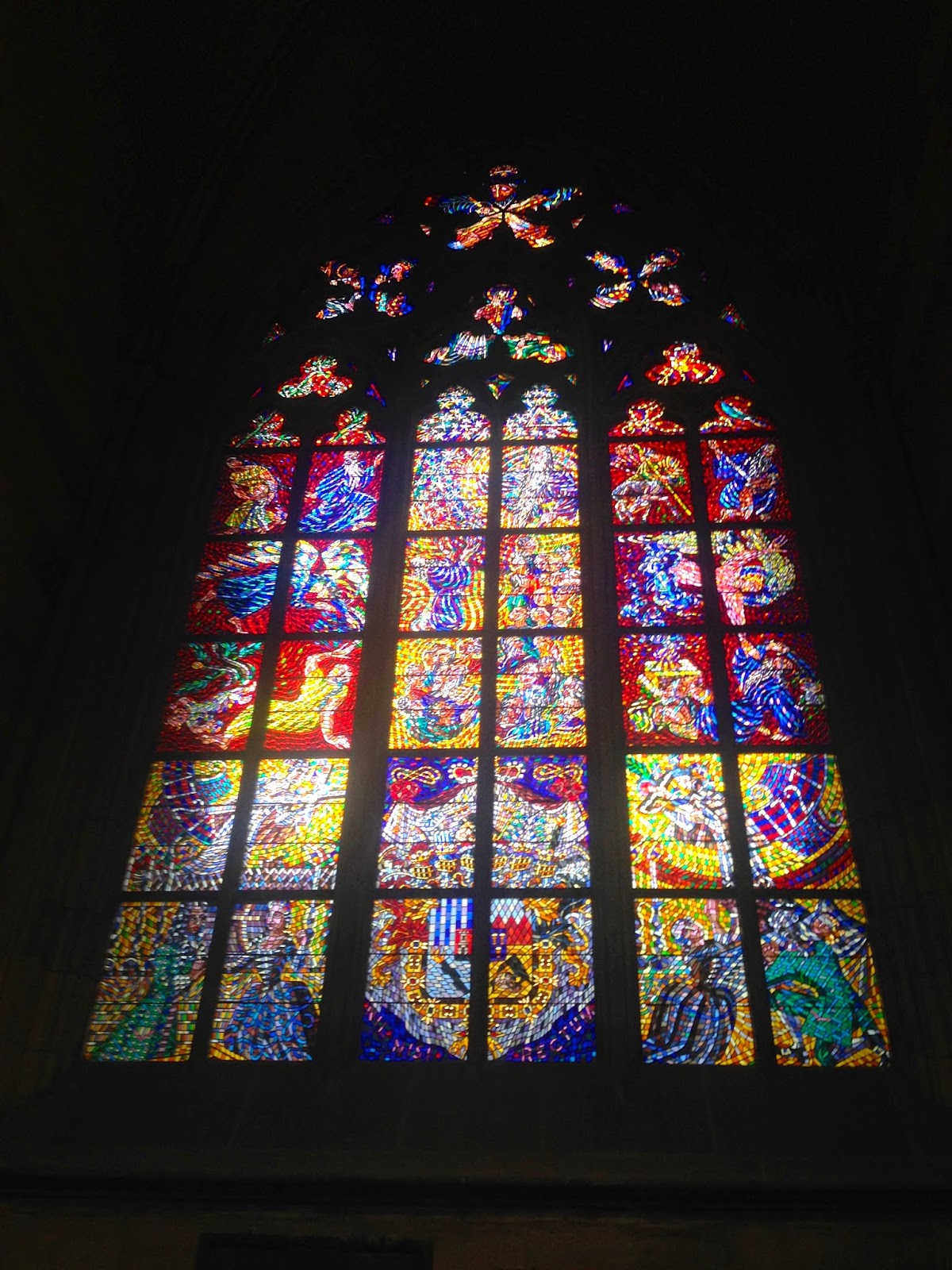 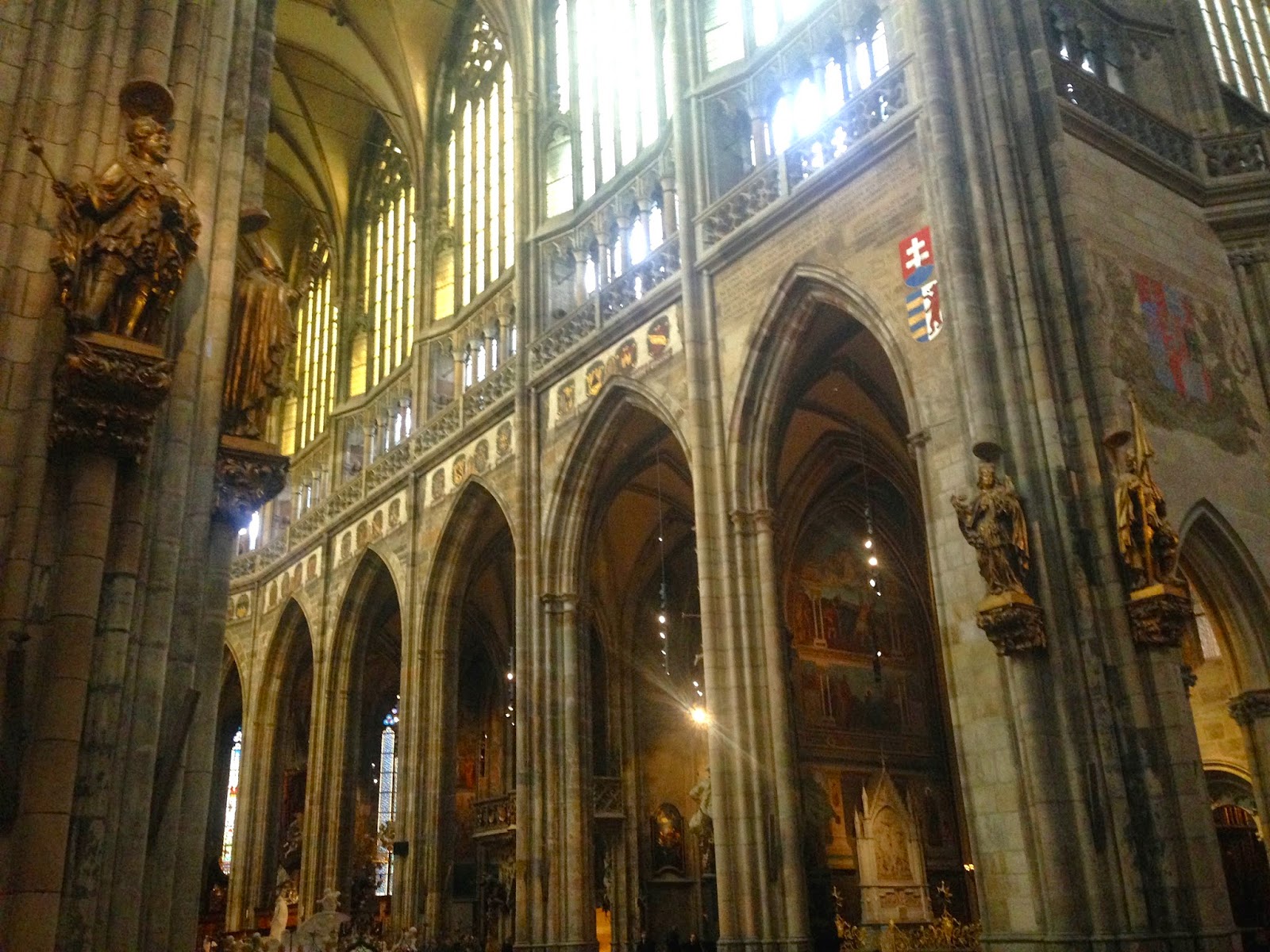 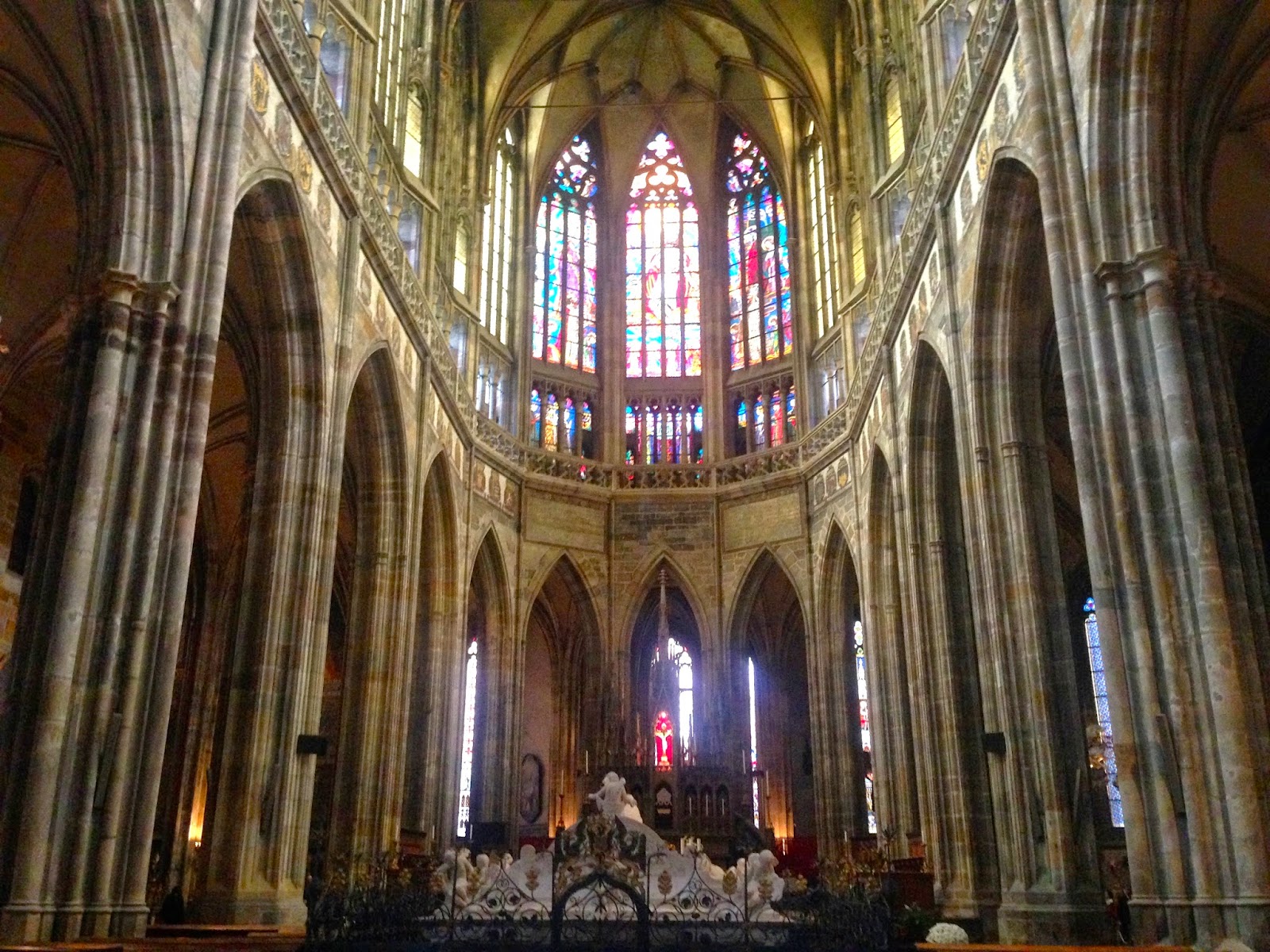 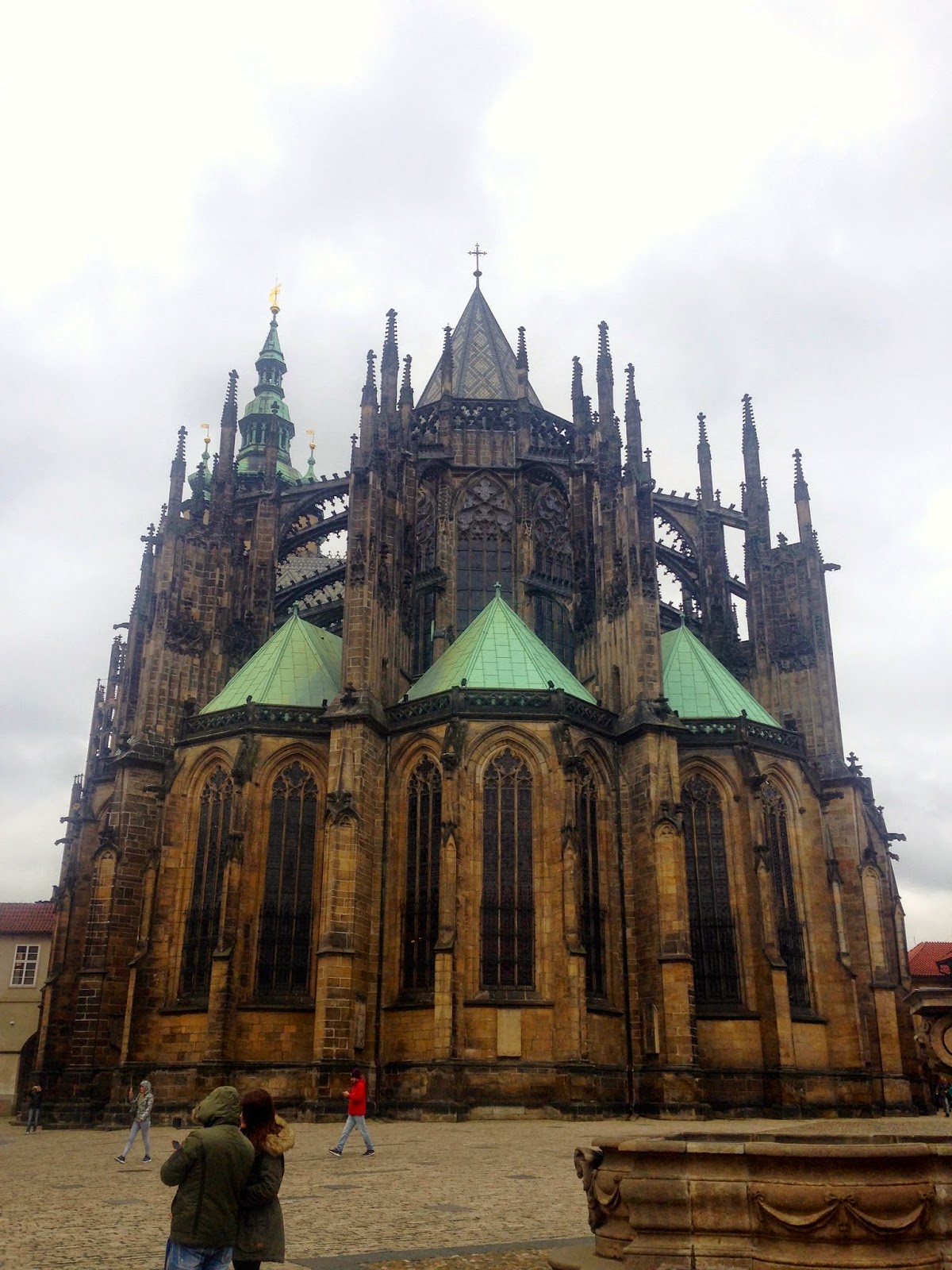 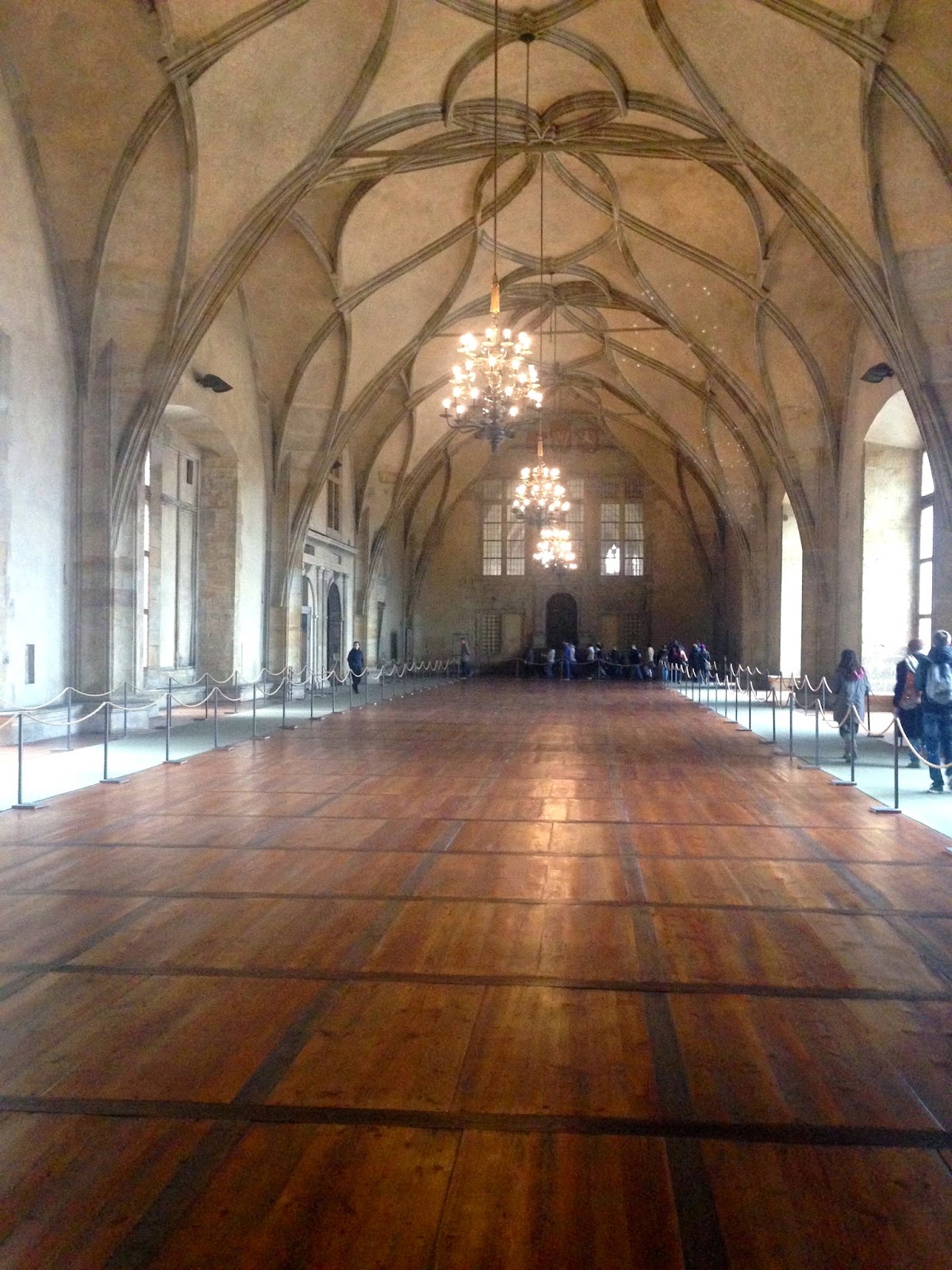 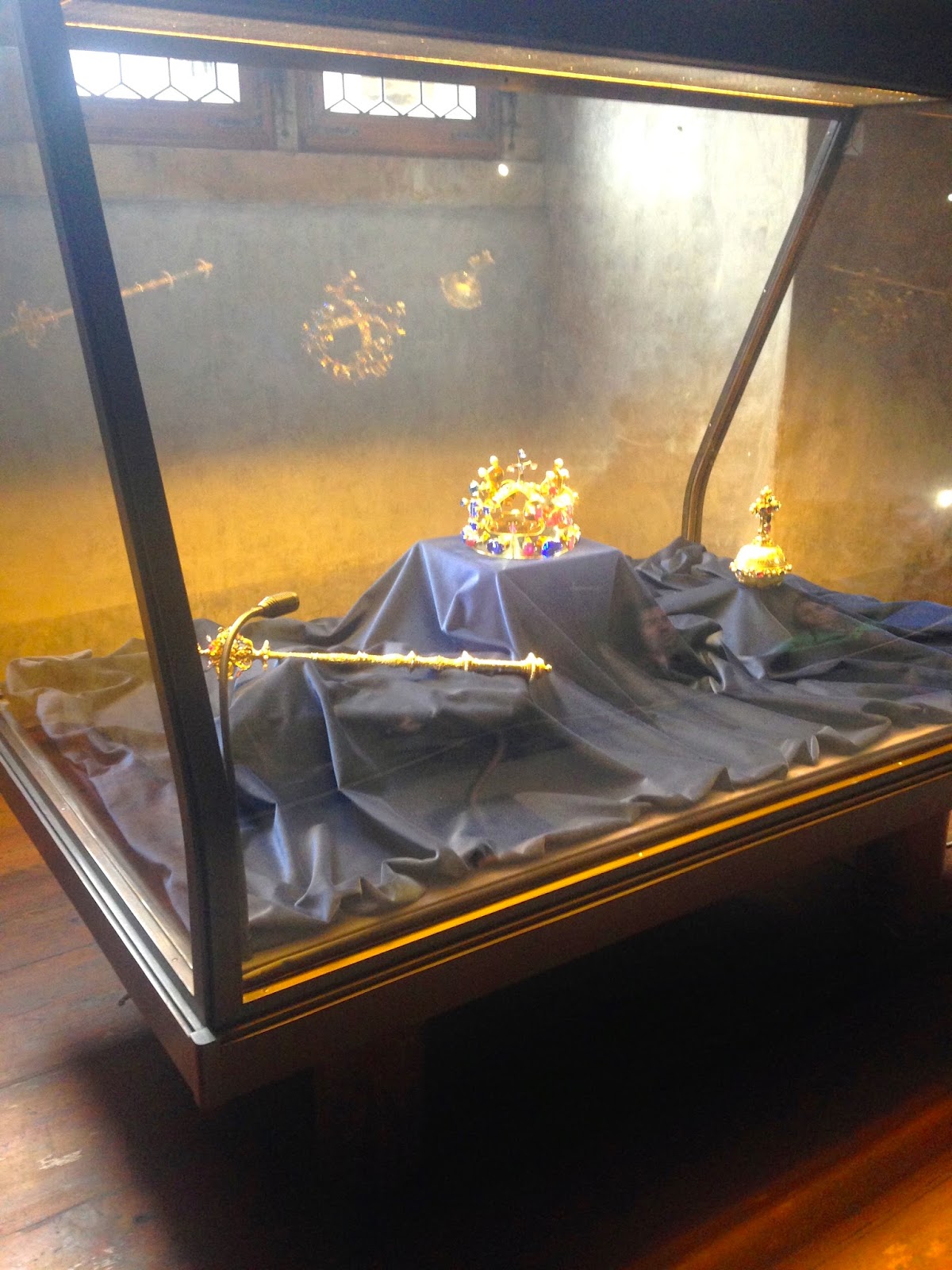 On our way down, we grabbed some mulled wine to warm up from the chilly weather we hadn’t really prepared for. 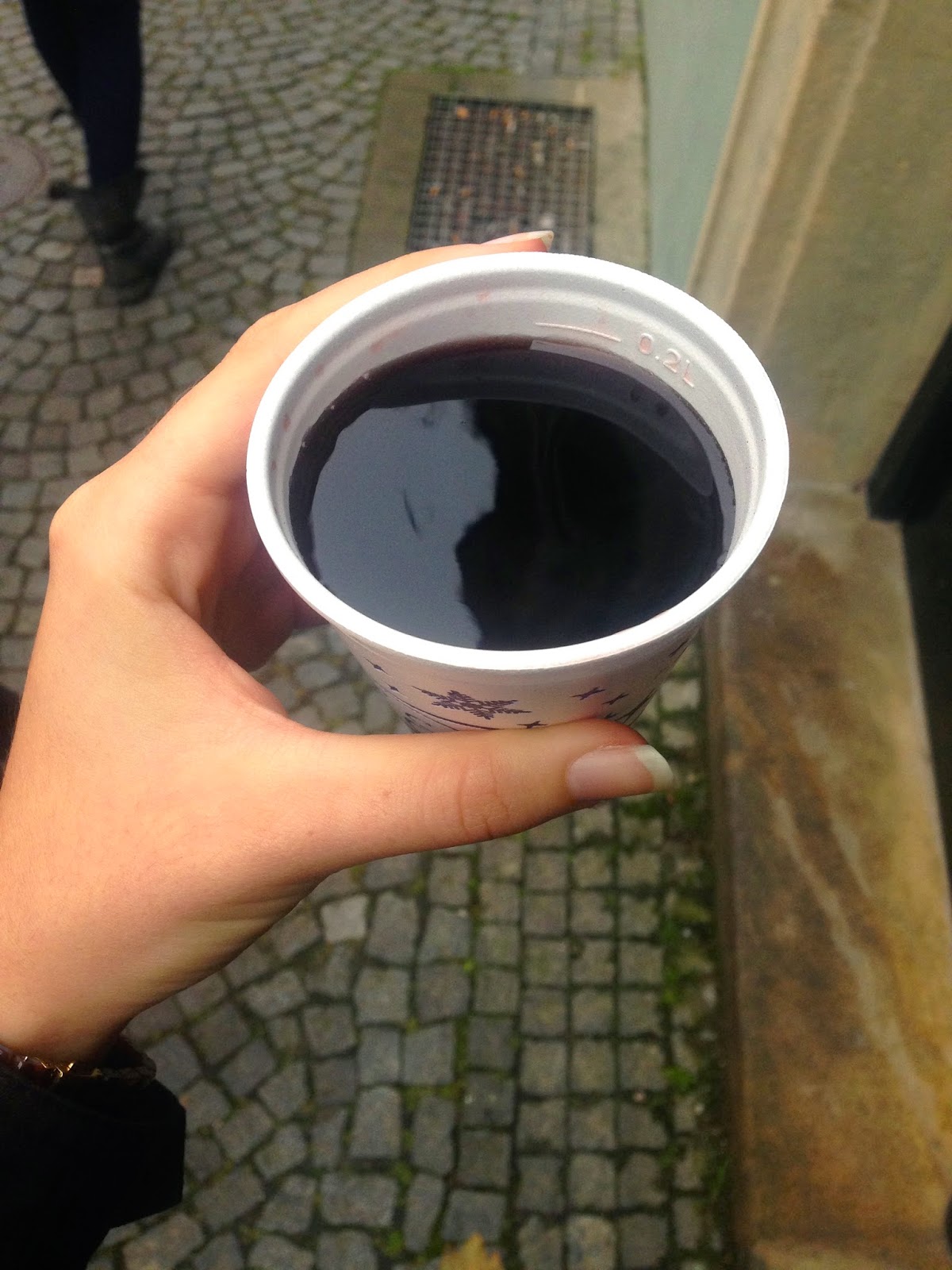 Then it was lunch. We found upon the Restaurant Residence U Cerneho Orla while wandering closer to the Charles Bridge, and it ended up becoming our favorite food in Prague. We settled in for lunch, with the best soup I think I have ever had as a starter and traditional goulash as our main dish. Emily and Cassie, being the venturous souls they are, opted for the pork knuckle, which sounded very graphic to me but was actually delicious.

With happy, full stomachs, we braved the Charles Bridge (a.k.a. the worst place to walk in the history of mankind) and crossed into the Old Town Square area. Mind you, at this point, we had no sense of direction and knew absolutely nothing of our whereabouts. But it’s okay, that’s usually how we find the greatest things anyway, and this time was no exception. We stumbled upon the astrological clock and the main square in Prague, which we would later learn all about. That day, however, we decided to skip the history lesson and instead school ourselves at a brewery a little further out of town. We hopped on the metro – surprisingly easy to take – and found ourselves in a quieter, more residential area north of the city center at Pivovarsky Klub. Famous for their stellar selection, we embarked on a sampling of their best tap choices. 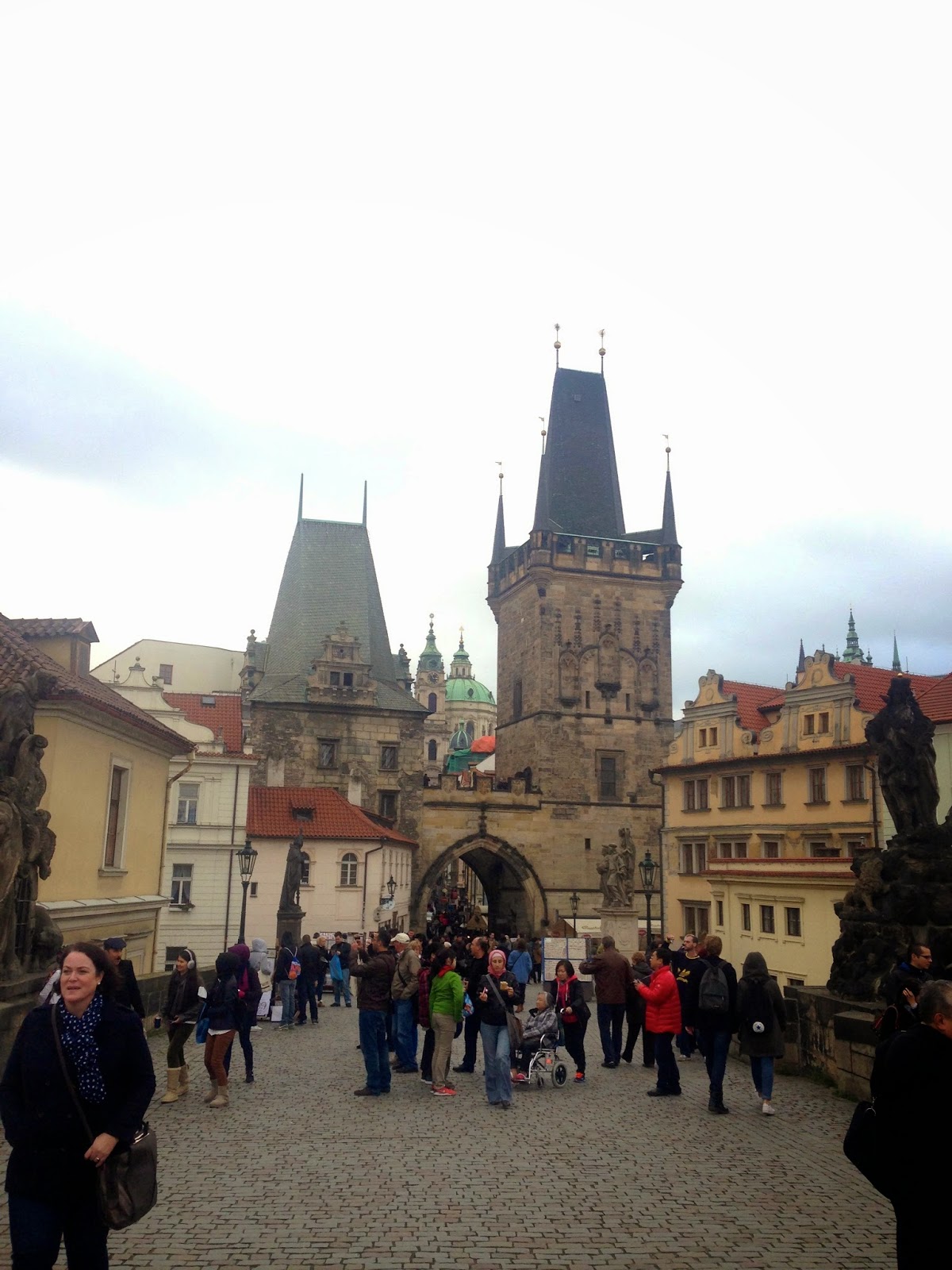 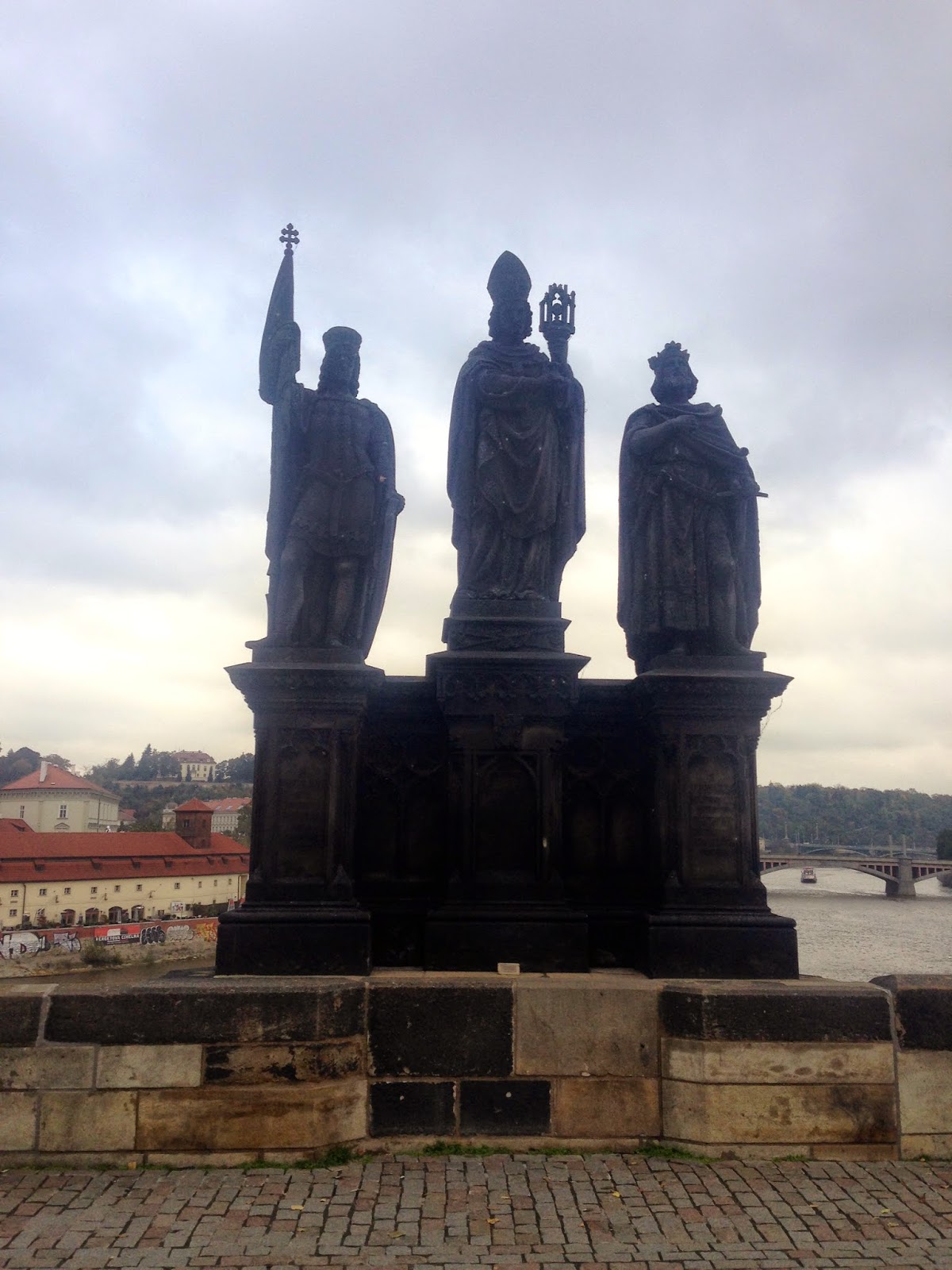 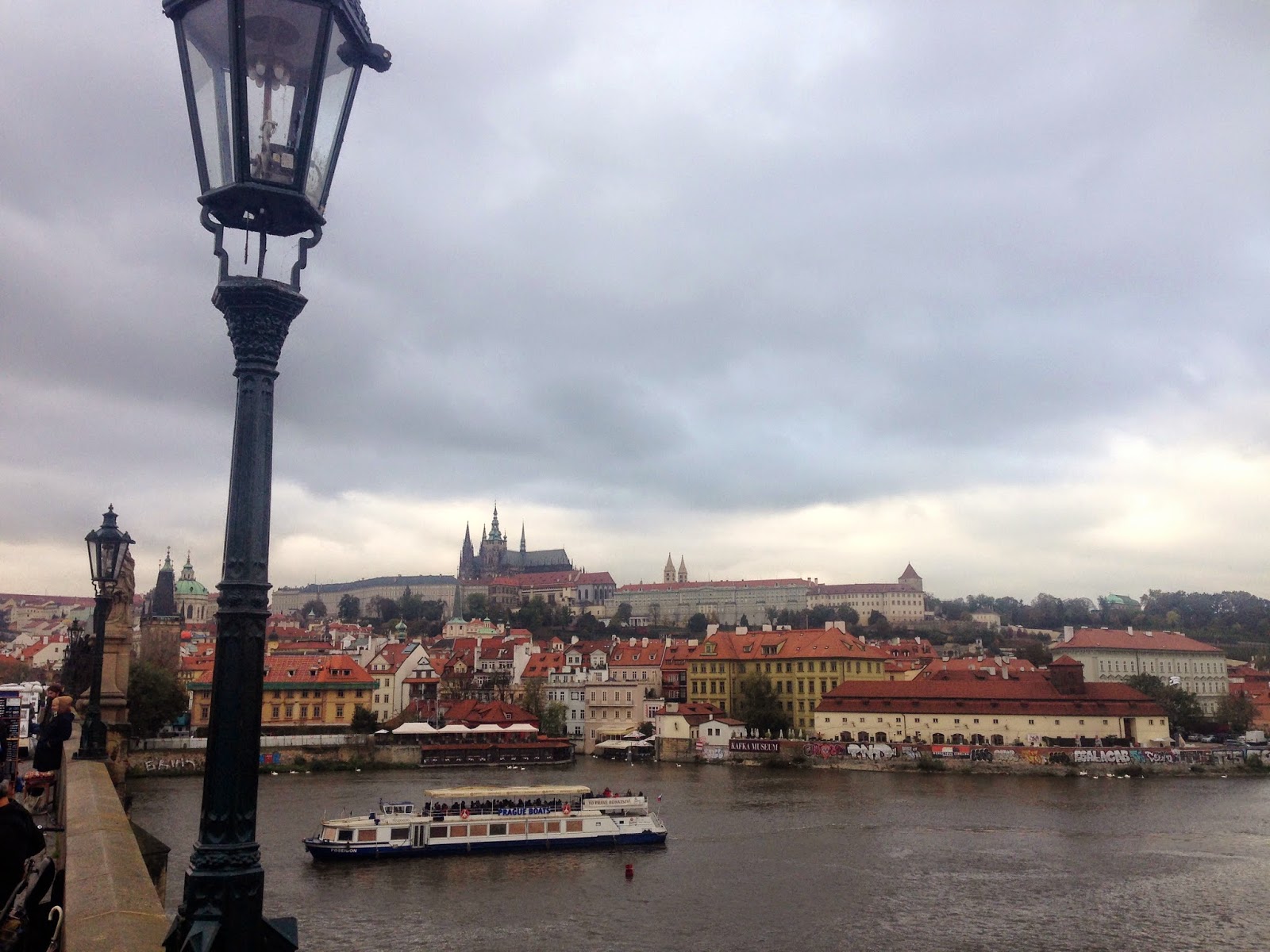 My interest in beer peaked at that moment. I realized I am much more of a dark lager person – perhaps that’s why I always liked Guinness – and that, as much as the Czech beer thing had been hyped up, it really wasn’t much more great than the cheap Budweiser from back in the States.
But I have a feeling my venture into beer knowledge has just begun!

That night, we thought we’d give Prague’s nightlife scene a try and found a giant bar/club, Chapeau Rouge, near the Old Town Square. The top portion was a bar, the second floor down was a salsa dance club and the basement was an electronic music club. We sipped on the Praha speciality, absinthe and red bull, before getting on the dancefloor. 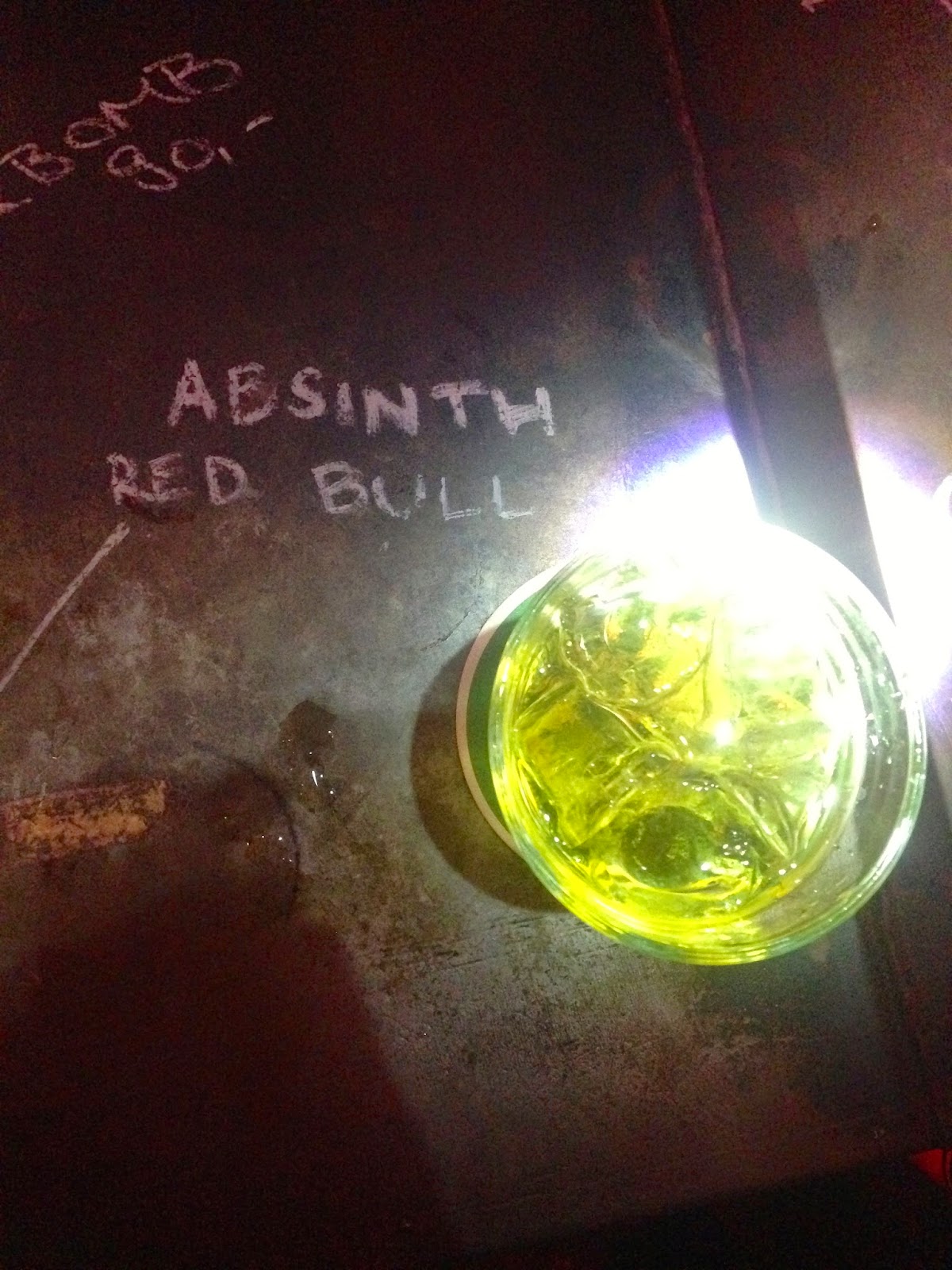 The next day, after sleeping in, we decided to enrichen our historical knowledge and embarked on a “free” walking tour of the city. Our tour guide was bubbly, personable and from Milwaukee, which made the hikes around town worth it. We grabbed our first Trdelniks (roasted, cinnamon pastries) and snacked on those as we listened to fact after fact being rambled off at the various locales. By the end, I had learned more about Prague than I ever thought I would know. But my feet were unbelievably tired, and the other girls seemed to feel the same, so we went home and napped. Later, we traipsed over to Old Town Square again for food at a restaurant near a club we had heard was having a concert tonight. The restaurant was amazing, but the club ended up being exorbitantly expensiv, so we opted for a Mexican bar closeby and called it quits early. 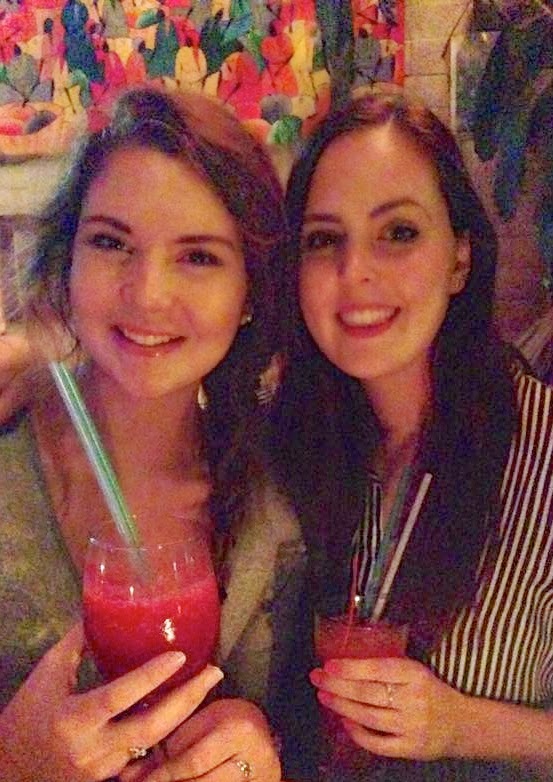 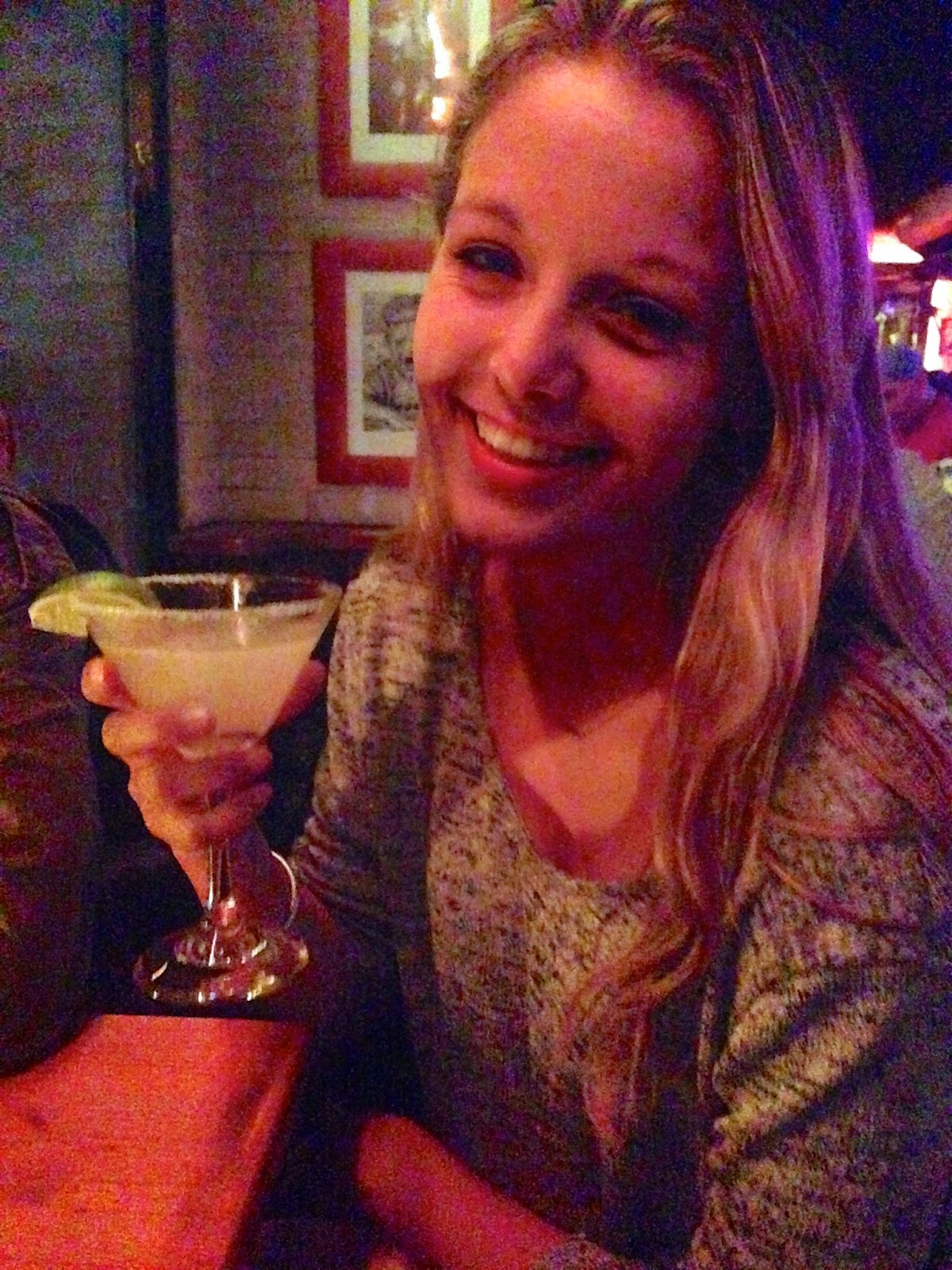 Our early night meant that we got up a bit earlier the next day, and enjoyed brunch – okay, a heaping plate of warm pasta…comfort food knows no hour – and (surprise) more mulled wine a cute café nestled in the castle hill. [HINT: This area was also very expensive due to its proximity to the tourist trap of the castle, so if you can make the distance, walk to a less tourist-ridden spot.] 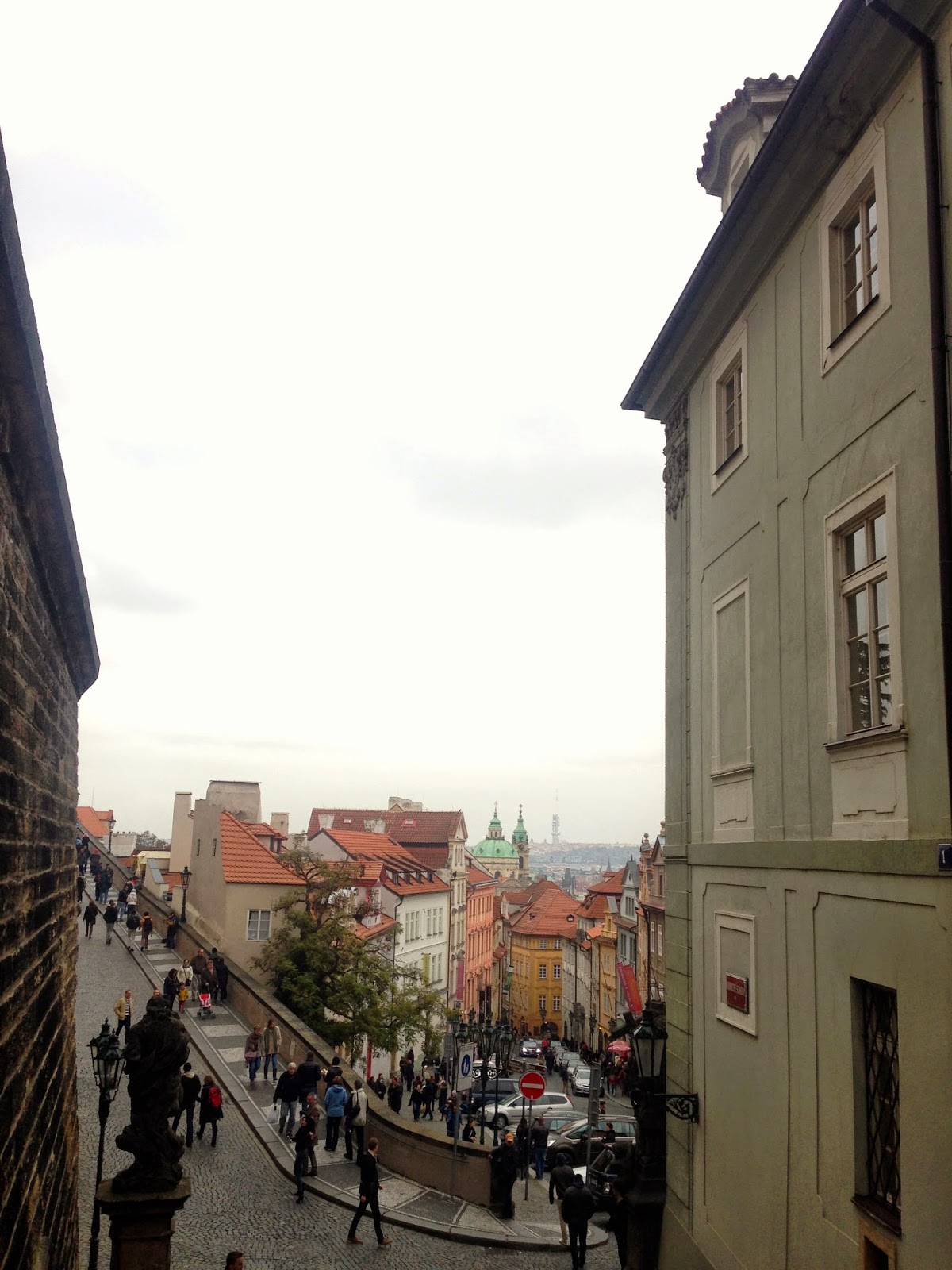 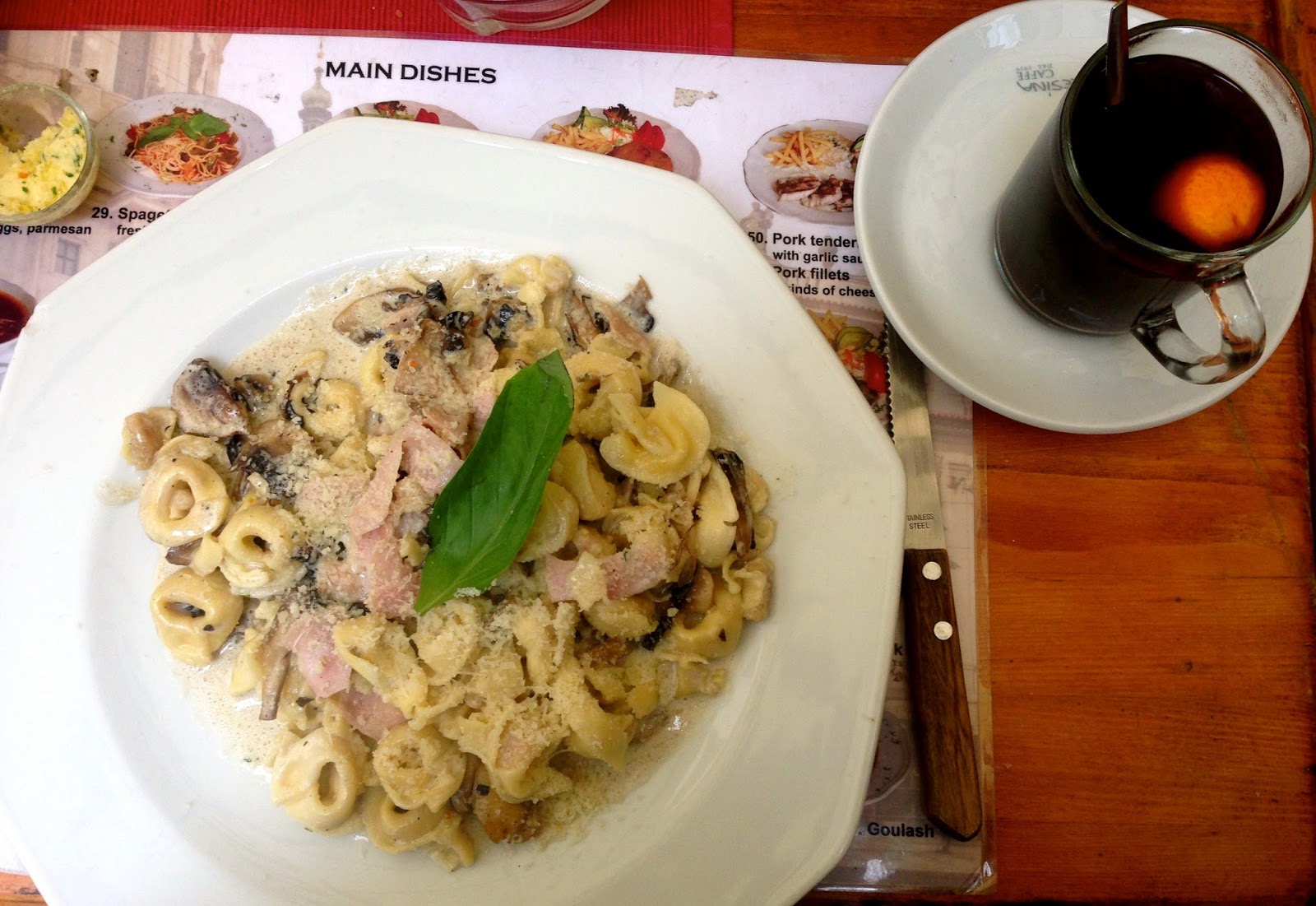 We then followed Emily, who had discovered that the Lennon Wall was just around the corner from our place. It was cliché, yes, but the pictures turned out great and it honestly felt so inspiring to stand there, looking at all the artwork/words and listening to a street performer rattle out some Beatles’ tunes. Once our cameras were filled with Instagram-worthy pictures, we moved on to Old Town Square to do the one thing we hadn’t yet: climb the clock tower. 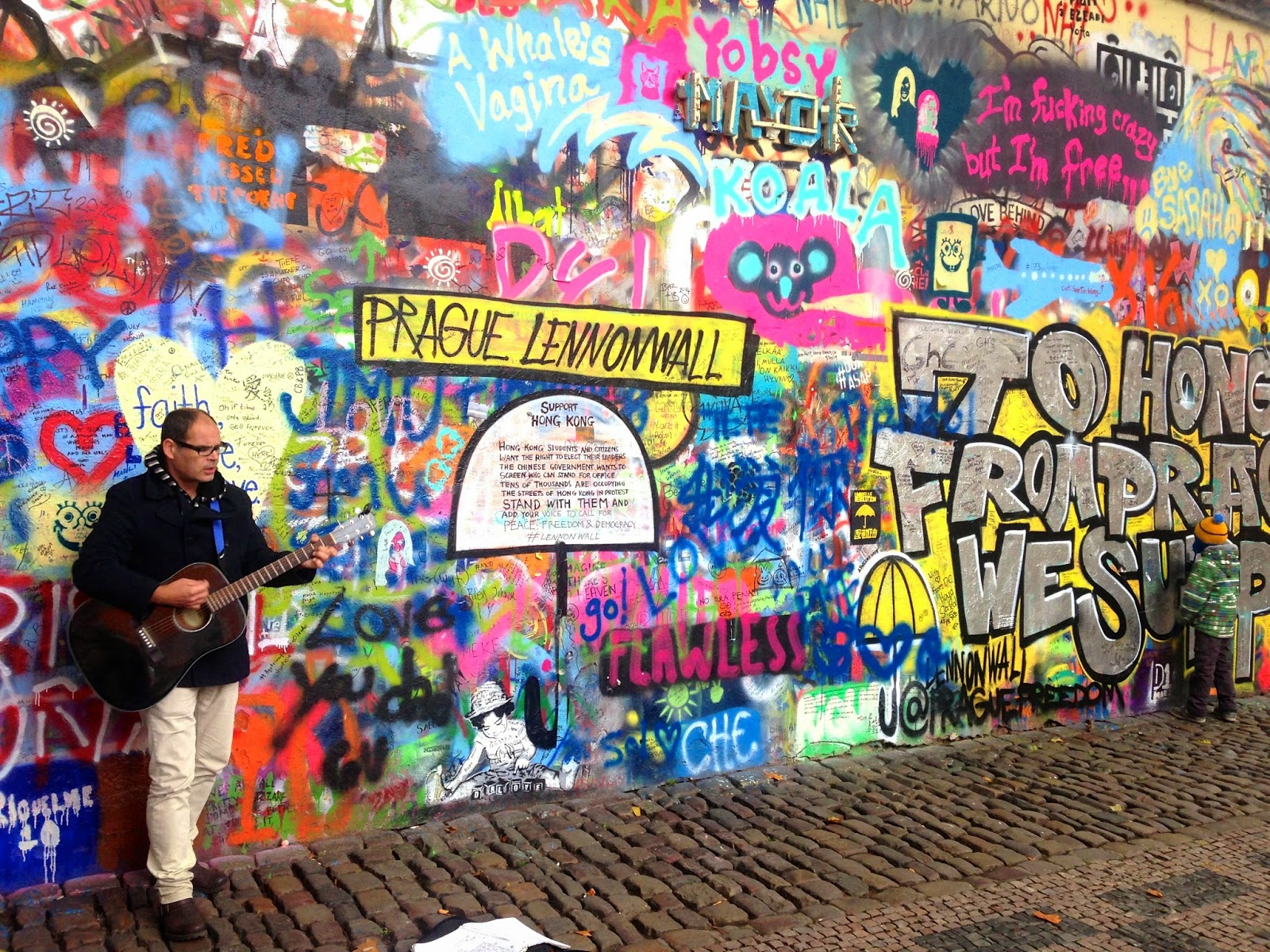 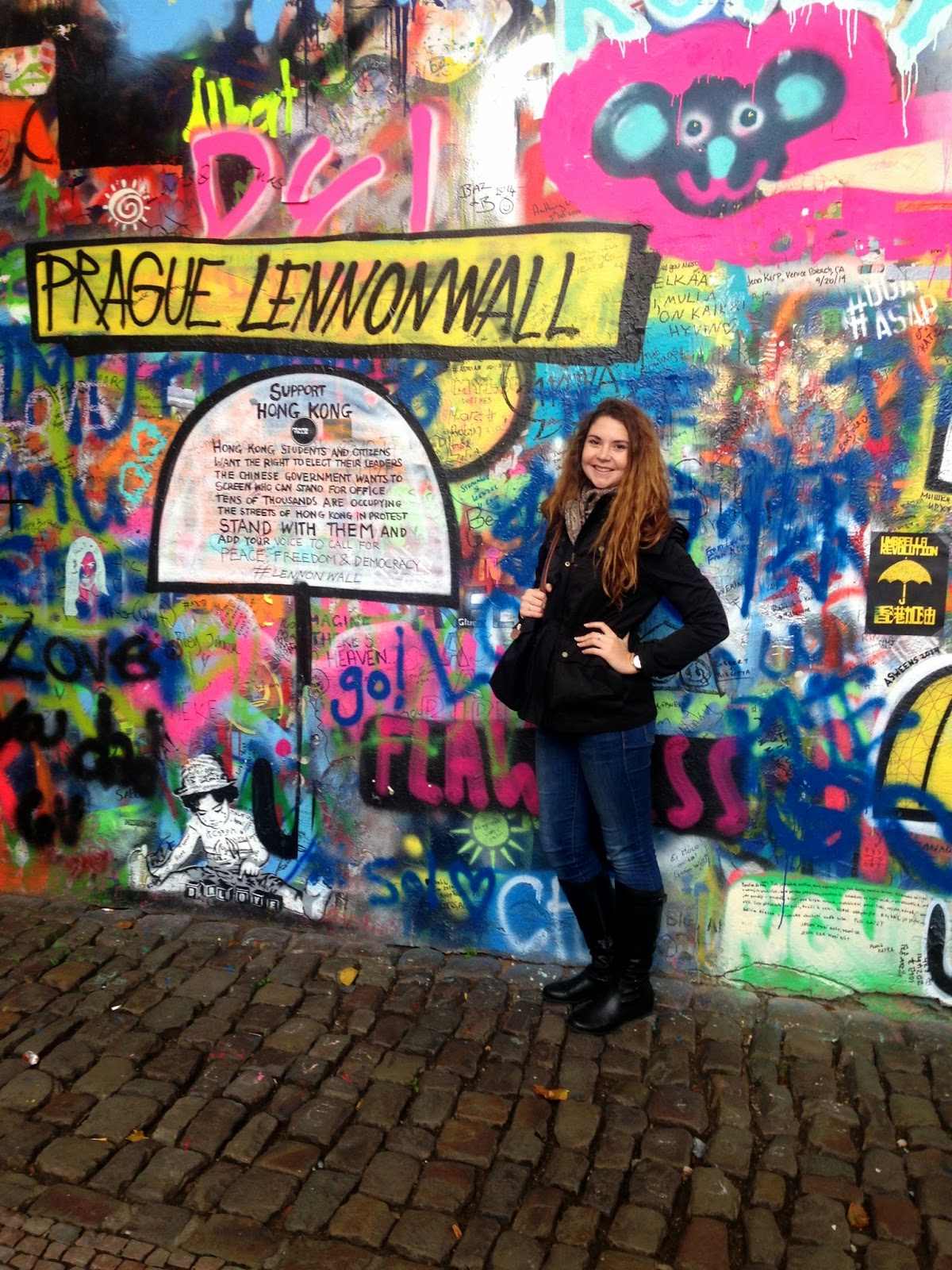 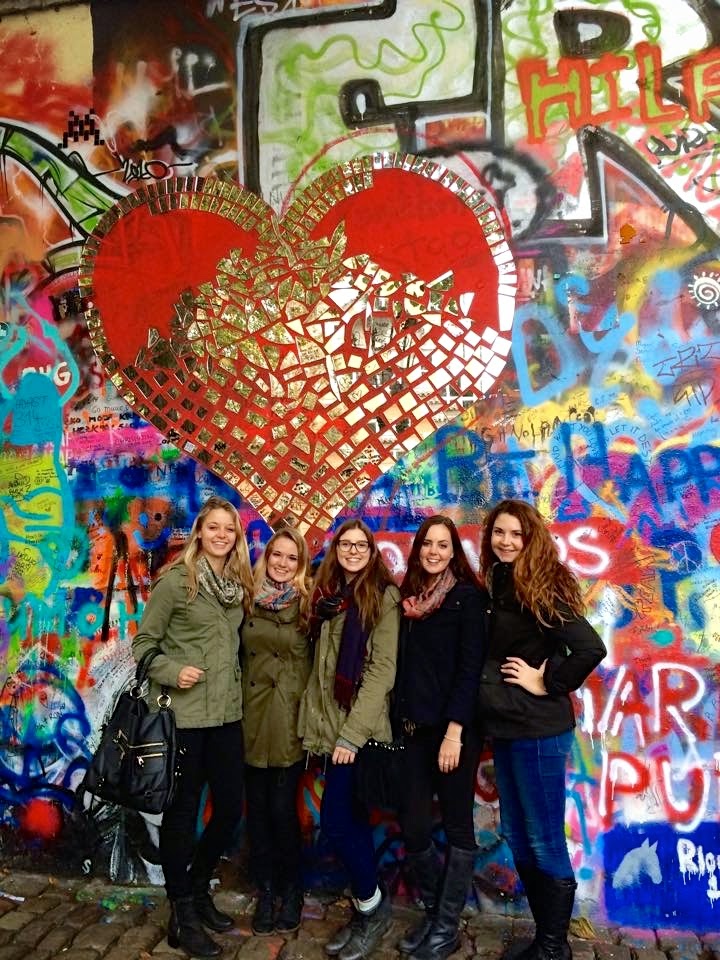 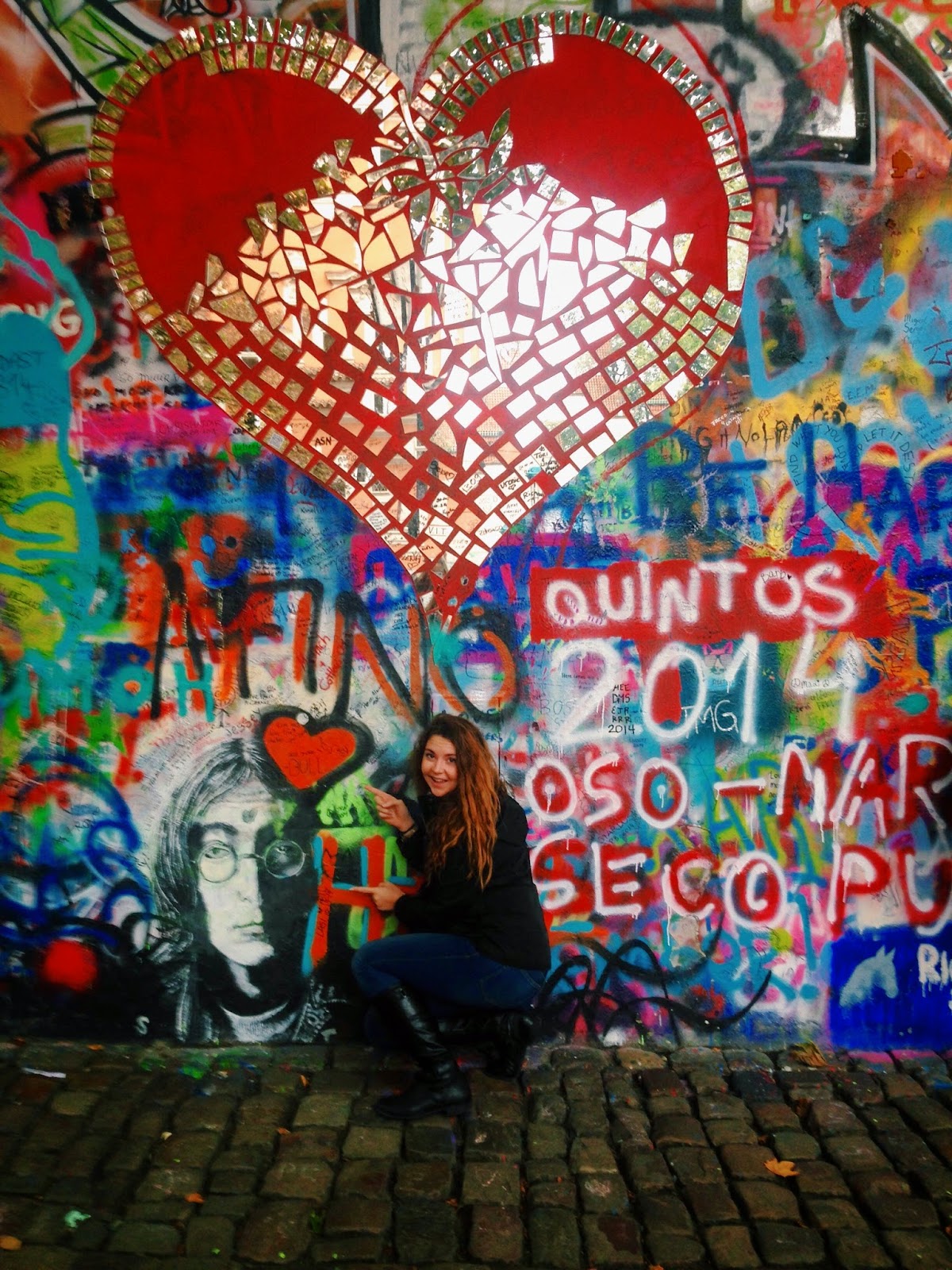 Thanks yet again to Isabella, we hiked up to the top sans elevator, and crowded onto the veranda to soak in Prague from above. Oh. My. Goodness. The views were incredible. Never have I seen such a photogenic city! I don’t think I put down my camera once, and you can thank me after you look below… 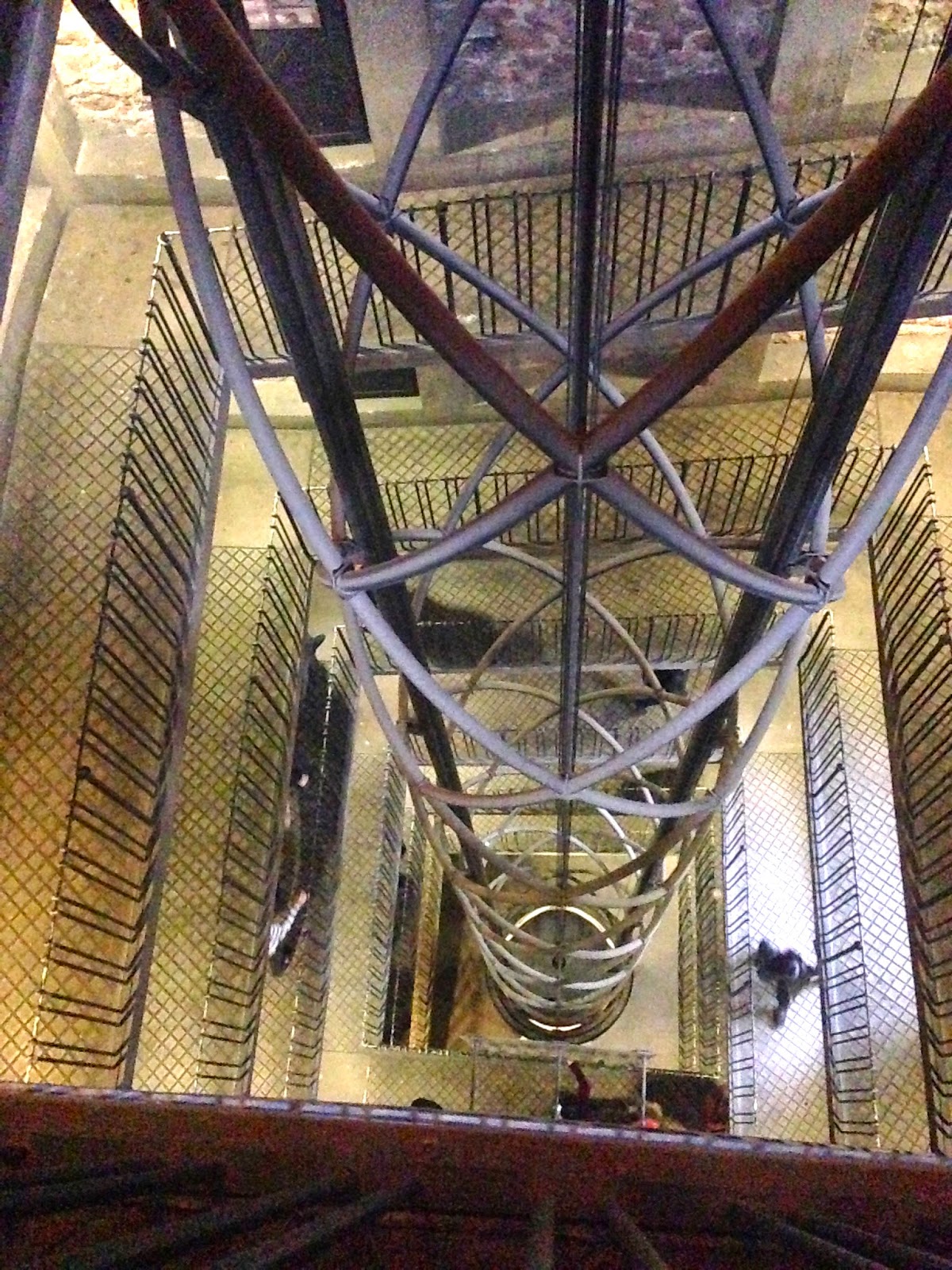 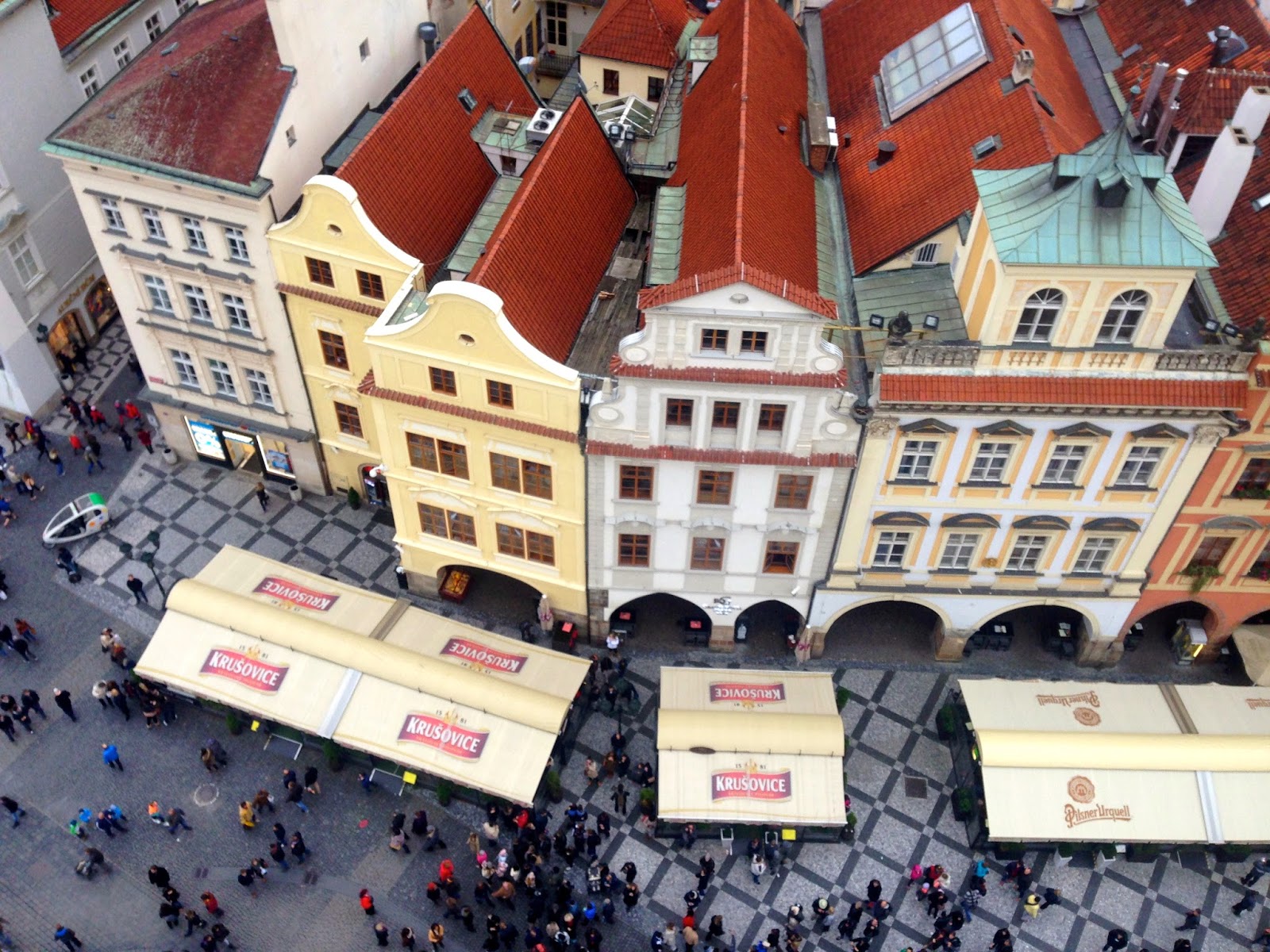 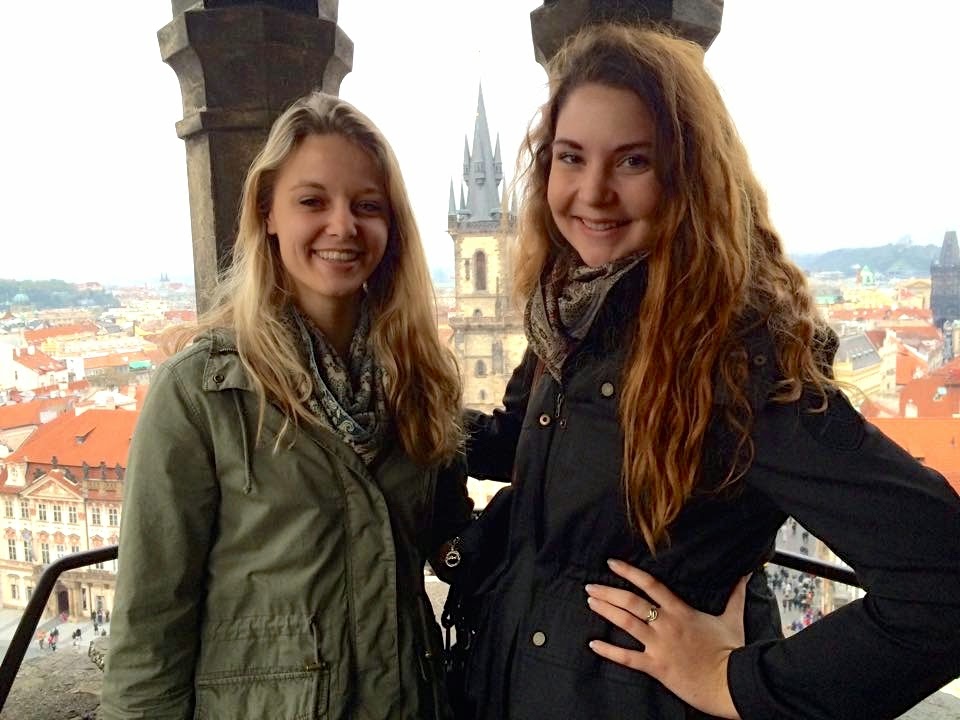 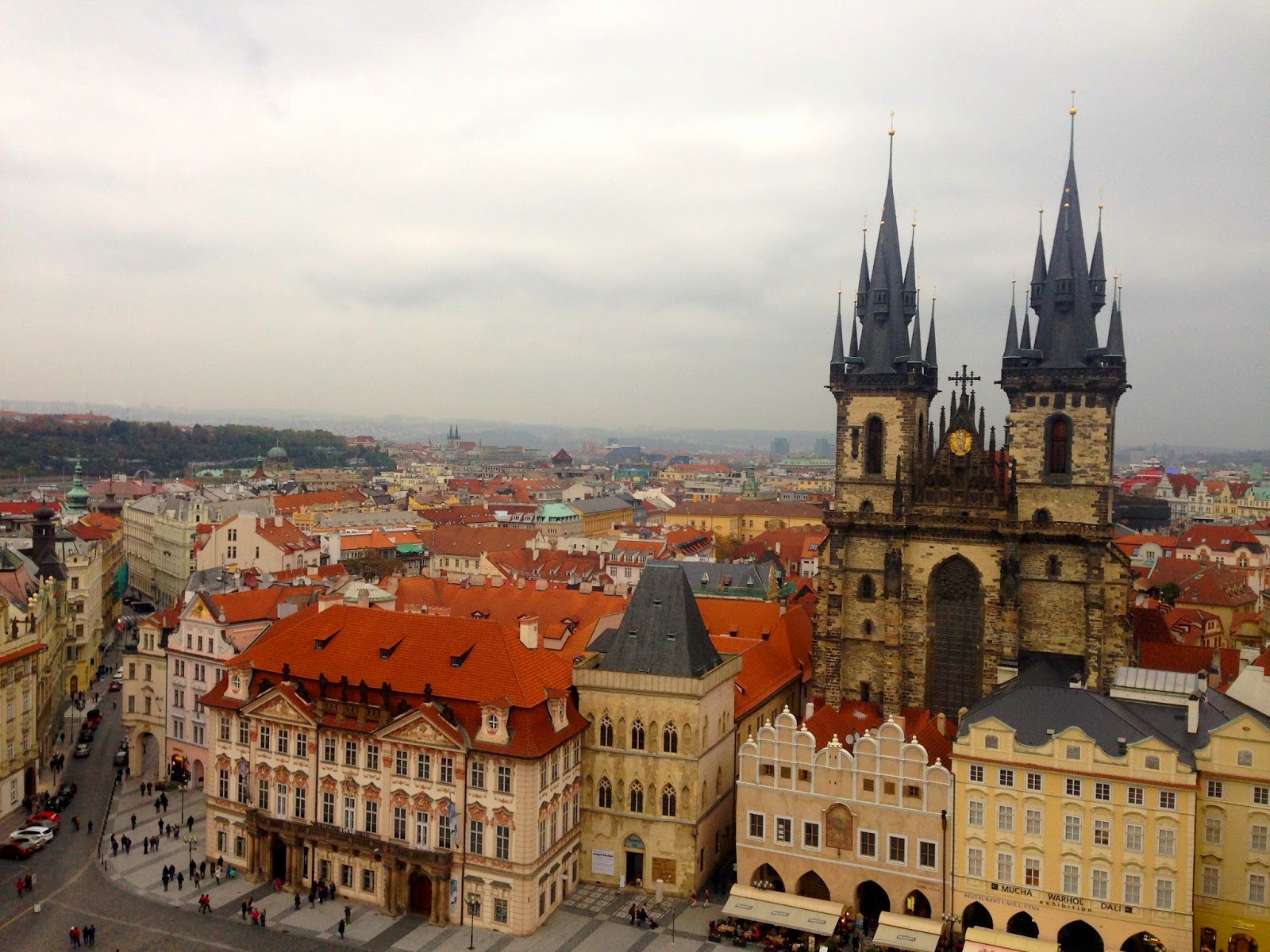 After snapping enough pictures for a hundred screensavers, we climbed down in time to catch the astrological clock show that we’d missed previously. The verdict? Underwhelming. But at least I can say that from firsthand experience, right? We loitered for a while more in the square with another round of Trdelinks and mulled wine, a Praha staple if you ask us.

This was our last night of Fall Break, and so, like any twenty-somethings traveling Europe, we wanted to go out with a bang. We returned to our favorite restaurant from the first day for our “last supper” and loved every second of it. Then we headed over to the southern side of the city to try our luck at Prague nightlife again – third time’s the charm, right? After stepping in and out of several bars, we found ourselves at a nightclub situated at the top of a building downtown. The club itself was quite strange, and we chalked it up the Eastern European culture, but we enjoyed the music and each other for a while before throwing in the towel and trudging home.

Our last morning was quite somber, as it marked not only the end of Prague but the end of Fall Break and our carefree lives. We got our stuff around and checked out early, then took our last adventure over to Café Savoy for brunch. I did some souvenir shopping for a bit afterward and then we picked up our belongings to go to the airport.

Prague definitely stole my heart. It was beautiful, comfortable, friendly and just the right kind of fun. I wasn’t expecting anything from this city, which is perhaps why I was so pleasantly surprised by it. Prague is full of so much intriguing history, amazing architecture and some of the best food I know…and we all know that’s what really matters. I’m already dreaming of spending Christmas here in the future!

Tips for Traveling to Prague:
Have you ever been to Prague? Would you want to go? What’s on your travel bucket list?